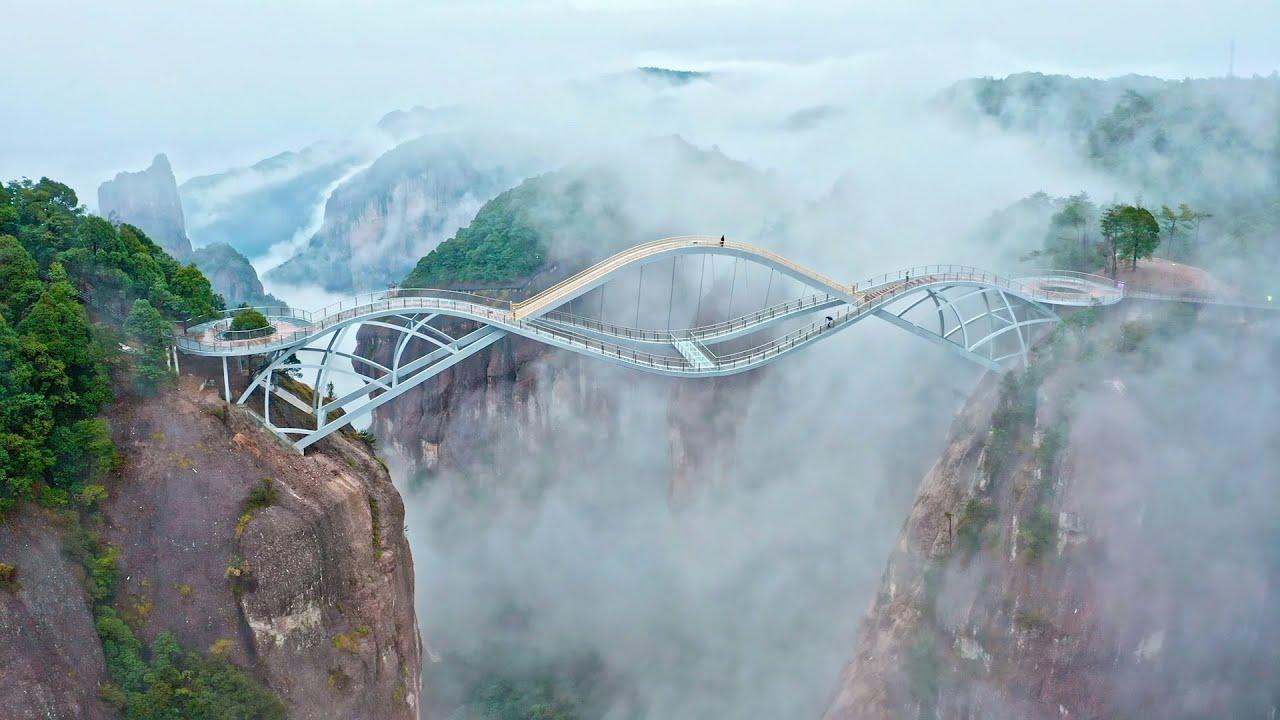 The "Ruyi Bridge" in the Shenxianju Scenic Area in Eastern China's Taizhou city has recently become an internet hit. Spanning 100 meters across the Shenxianju valley, the bridge is more than 140 meters high and is shaped like a jade Ruyi, an ornamental scepter traditionally symbolizing power and good fortune in China.

The structure, composed of three undulating bridges, with part of its deck made of transparent glass, has drawn hundreds of thousands of visitors since it opened in late September of 2020. Its designer, He Yunchang, a steel structure expert, was also involved in designing Bird's Nest, the main stadium of the 2008 Beijing Olympic Games.