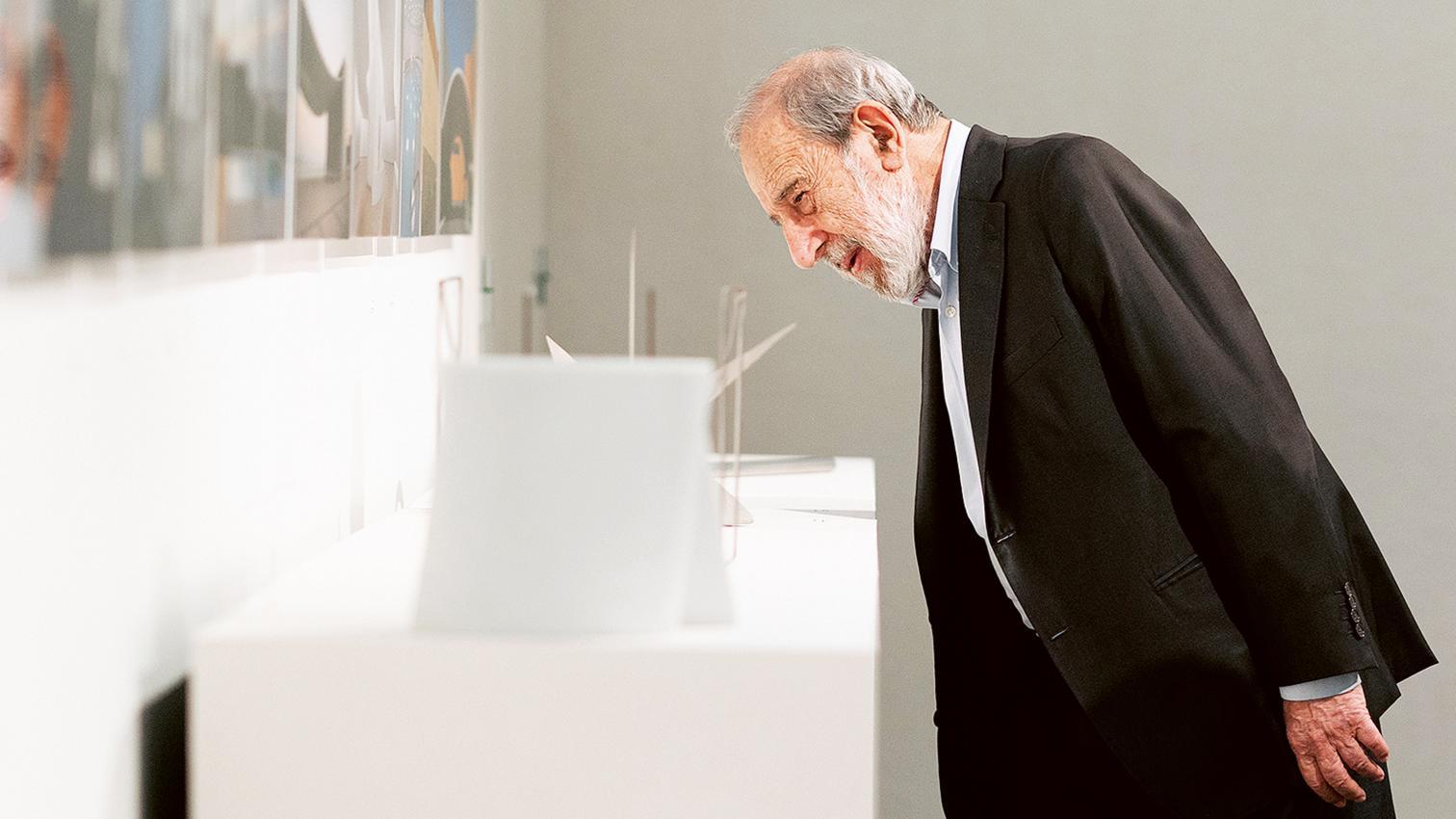 Undisputed master of contemporary architecture, Álvaro Siza has already received all the most important awards – the Pritzker among them, in the year 1992 –, but he was probably especially happy to receive from his Iberian colleagues the National Architecture Award, given by the Spanish Ministry of Public Works and that comes with a prize of 60,000 euros. With this distinction the jury has wanted to acknowledge the importance or Siza’s work in general in the world of architecture through the example of masterworks like the Swimming Pools in Leça de Palmeira, the Malagueira neighborhood in Évora, the Porto School of Architecture, or the Portuguese Pavilion at the Lisbon Expo. The prize also recognizes Siza’s close influence on several generations of Spanish architects, as well as the importance of the works that the master, born in 1933 and based in Porto, has completed in our country, from the Meteorology Center of the Olympic Villa in Barcelona to the Zaida Building in Granada, via the social housing in Cádiz, the Rectory Building in the University of Alicante or the Galician Center for Contemporary Art (CGAC) in Santiago de Compostela.

Álvaro Siza   Spain   The former Riquer Gate once gave access to the city of Alcoy from the old Madrid high road, wich reached it by way of the steep banks of the Barxell eiver. When the María Cristina bridge was built in the last century, the area began to decline into i

Madrid Río  The 2015 Veronica Rudge Green Prize in Urban Design, awarded by Harvard University’s GSD, went to Madrid Río, the project that has transformed the banks of the Manzanares River, a work of the team led by Ginés Garrido, including Madrid st

Álvaro Siza   Spain   The Galician Center of Contemporary Art will be the second building to be erected by Álvaro Siza in Spain, this time in line with the celebration of the year of St. James. The site is naturally within the complex urban scheme of Santiago. It is more

Álvaro Siza   Spain   In Sanctiago de Compostela, the years of St. James (when the feast has fallen on a Sunday) can be tracked down through the architectural works that the city’s different administrations have carried out to celebrate the ephemeron, and the ‘Burgo de la

Álvaro Siza   Spain   Located in the northeast corner of the Campus de Cappont, in a vast depression of the Segre River farmlands, the Faculty of Education Sciences of Lleida University delimits a public square with a measured scale overlooking the rolling prairie that ta

Renovation of the Prado-Recoletos Axis, Madrid

Álvaro Siza   Spain   The new campus of the University of Alicante goes up on the grounds of the old military aerodrome of Rabasa. Like an agora of the academic facility, a vast landscaped surface appears delimited by low-rise structures that counteract the vertical natur

Álvaro Siza   Spain   Among the many architectural projects undertaken for the 1993 Saint James Holy Year celebrations in Santiago de Compostela is Siza’s Center of Art, located next to the monastery of Santo Domingo de Bonaval. Next to the monastery, an old stable of the

Born in Carballiño (Ourense) in 1936, Manuel Gallego Jorreto is this year’s winner of Spain’s National Architecture Prize, given by the Public Works Ministry. This is his second time to land the award. In 1997 he was commended for a work, the Fine Ar