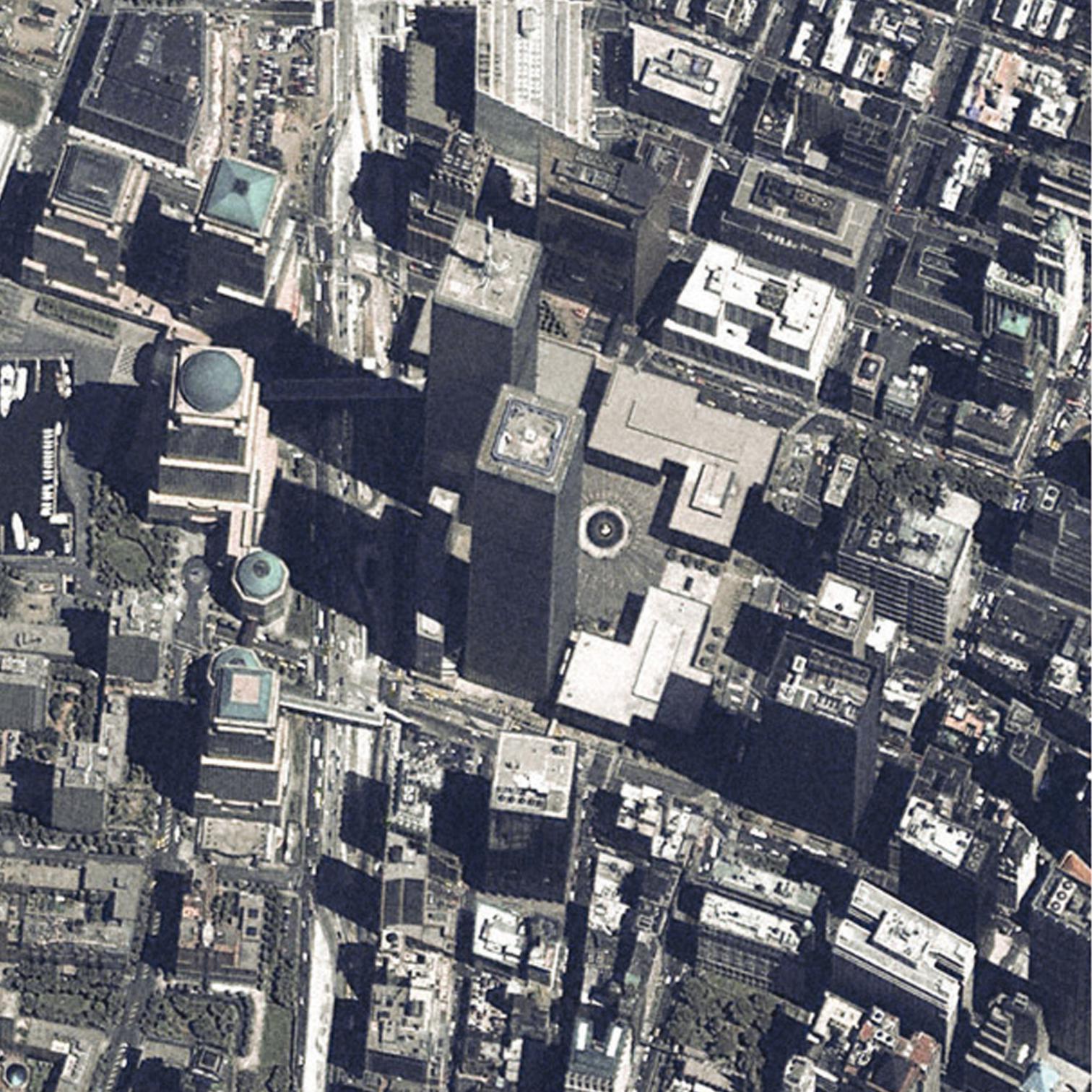 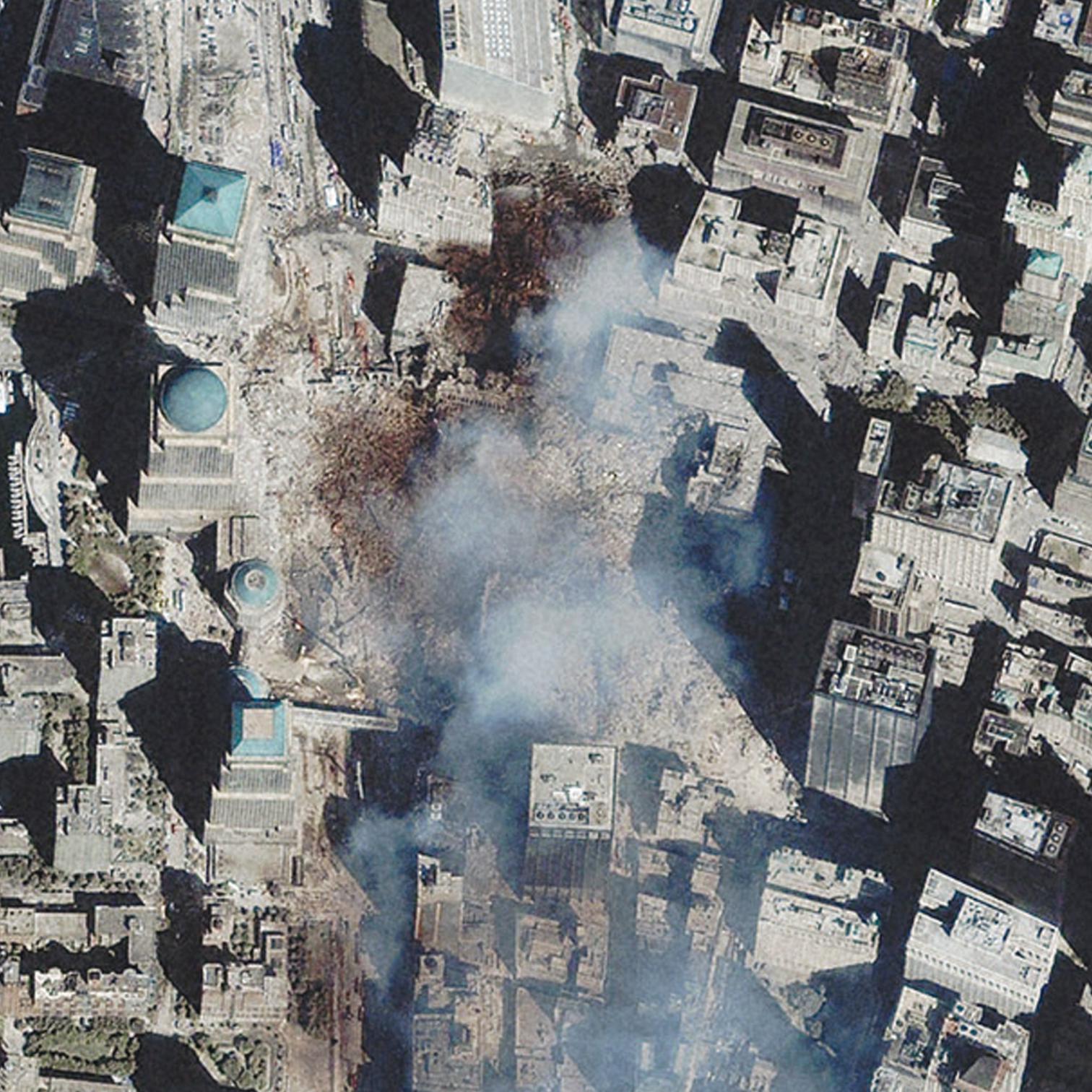 The landscape of Ground Zero is the zero degree of thought. On the site of the Twin Towers there are no ruins, just rubble and scrap: 11 September also destroyed the certainties of architecture leaving behind a scenario of unconnected fragments. This tabula rasa is not an erased blackboard, nor a plot clear of traces and context: it is a desolate and uninviting landscape where constructions of ideas do not stand. At the close of the past century, deconstruction tried to break up stable and self-indulgent architectures with theoretical suspicions and fractured geometries; on the threshold of the 21st, a material and moral catastrophe has torn down the mental constructions of architects, reducing to shards their intellectual equipment. Pragmatism was ready to take over, providing an ideological support to the world’s amiable Americanization, reflected by photography with impressive visual eloquence; and landscaping was prepared to seize the public realm, taming the wild muscle of economic globalization. But the Boeings of Mohamed Atta and his colleagues have burnt to ashes these prospects of theoretical renewal.

Richard Rorty’s populist social democracy, with its liberal defense of banal utopias against the priestly and snob asceticism of the European intelligentzia, led directly to the well-meaning and consumerist triviality of America’s new urbanism as a placid and peaceful planetary model; and the aesthetic abstraction of the new Anglo-Saxon, Mediterranean and Central European landscapes took care of glazing with avant-garde perfume the desperate disorder of the peripheries designed by transport infrastructures and the unanimous extension of automobile individuality. Neopragmatism and neolandscaping were put forward as apparently alternative and secretly coinciding formulas to face the rushed occupation of territory by the ebullience of Western affluence: a sociologism of technocratic coinage, aerodynamic careening and expeditious spirit installed the innocent optimism of the fifties in an architectural conscience delighted to shake off the cryptotheological nihilism of Nietzsche’s grandchildren and Heidegger’s children, who have monopolized the debate of ideas during the last three decades.

After 11 September, the argument between pragmatism and landscape shifts its referents to more harsh terrains, as well as to social and physical spaces not yet described by the contemporary visual register. Forsaking Foucault, Derrida or Deleuze does not lead to Peirce, James or Dewey, and the anthropological pessimism thrown out the door comes back through the window in a more ominous and authoritarian incarnation, that which goes from Hobbes to Carl Schmitt. The sudden hardening of the world shows the naivety of the praises to the market which follow the trail of management trends, and that fake ignorance before the crisis of popular capitalism opened by the bursting of the stock market’s technological bubble and Enron’s colossal fraud; and unveils at the same time the cynicism of the pliant acceptance of fashion as vertebral structure of institutions and privileged domain of public life, within the scheme popularized by the three-pronged Guggenheim-Koolhaas-Prada axis. The gigantomachy of Manhattan has applied the Abbau of the Black Forest philosopher to the American symbol of technique, and the cruel theophany of 11 September has made Heideggerian the time and being of our world, leaving the rubble of Ground Zero as the only theoretical landscape. 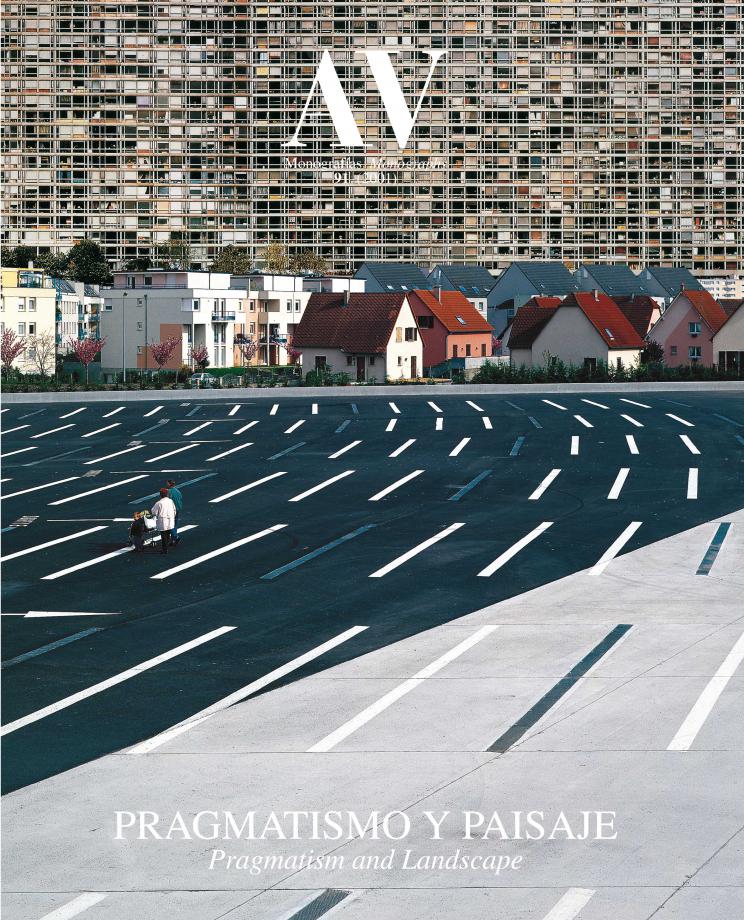