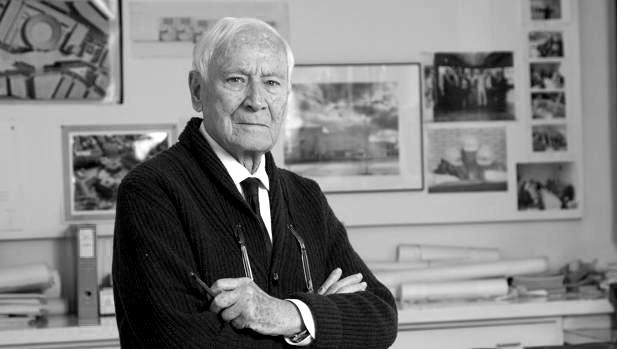 On 11 August, at 95 years of age, Juan Antonio García Solera passed away in Alicante, the city where he was born. He was one of the last living masters of the second modern generation: that of the professionals who started working in the Spain of the 1950s, a country that was starting to embrace developmentalism. Born in 1924 and classmate of Javier Carvajal at the ETSAM, García Solera developed his career mainly in the province of Alicante, both as freelance architect and at the Administration, first at the Provincial Government and later as Municipal Architect of Benidorm. Aside from urban and territorial plans, his work includes large residential developments for tourism and commercial facilities characterized by their open plans and their rationalist abstraction and simplicity, but showing a certain sensibility towards the Mediterranean and with some references to vernacular tradition. His list of works is very extense, but amongst the most widely published are the Vistahermosa Clinic, the CESA building, and the apartment block on Virgen del Socorro street, all of these in Alicante.

(1955-2000) Fleeting and brilliant like fireworks, the life of Enric Miralles ended as precociously and unexpectedly as his talent had burst onto Barcelona’s professional scene in the eighties. A professor at the ETSAB and Frankfurt’s Städel Schule b

Javier García-Solera   Spain   Located in La Cala de?Benidorm, near the city’s center, the building is the final materialization of a project presented to a competition for the construction of two residential towers, one to be occupied by young tenants and another one for senior c

Oteiza, the Sculptor of Architecture

One of the great Spanish artists of the second half of the 20th century has died at the age of 81 in Madrid, the city of his birth. Trained to be a journalist, in the 1950s Arroyo went off into exile in Paris, where he realized that he had an artist

Grupo Aranea   Spain   Located in Rafal, a municipality of 4,000 inhabitants south of the province of Alicante, some 50 kilometers from the capital, the high school goes up in a plot of less than 7,000 square meters, almost half of the standard established by the community