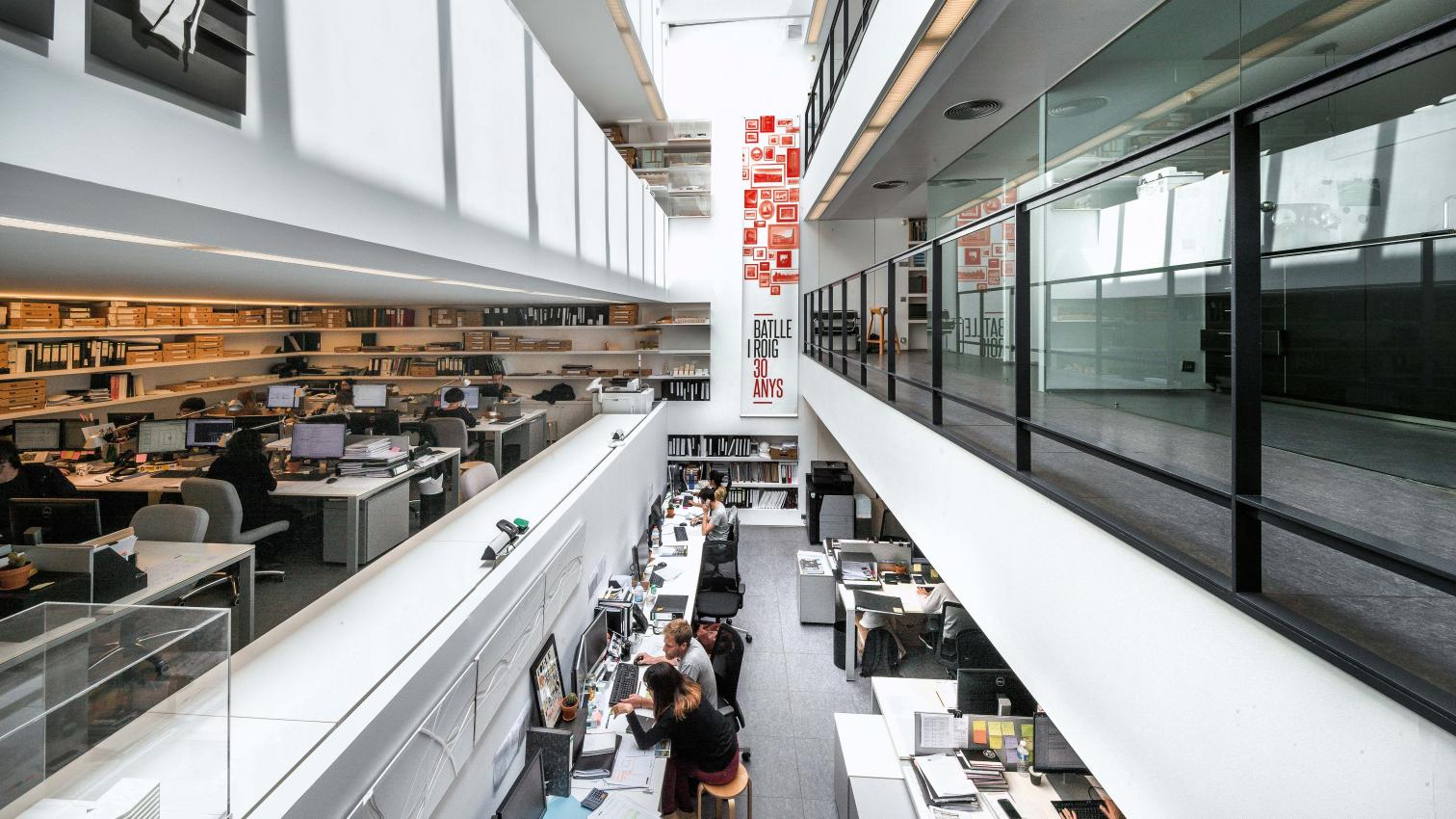 Batlle i Roig was born at a desk in the studio of José Antonio Martínez Lapeña and Elías Torres, midway through the year 1981.

Though we both had parallel university careers, we didn’t coincide until the last year, with Rafael Moneo as chair professor and Elías as professor. Moneo brought to the ETSAB a scientific outlook and an inclusive attitude in contrast to the restrictive views of Postmodernism or the Tendenza. With Moneo we discovered the importance of the place in the project and the weight of the profession in our work.

Enric’s father was a gardener, and this marked our strong interest in getting involved in landscaping projects. This interest arose at a time when several competitions for projects in public spaces were being called. We must remember that in 1979 Elías Torres had written an article in Arquitecturas bis, ‘Y el resto verde,’ in which he predicted the importance gardens would have in the immediate future. Our first years of work coincided with the consolidation of the country’s modernization process, which had begun with the democractic transition.

While in the Barcelona of the 1960s and 1970s the standard adopted to design parks and gardens was based on a revision adapted to the Mediterranean climate of the type that Burle Marx had spread in South America – with an intensive and varied use of trees and a picturesque arrangement of shrub vegetation by means of parterres – in the 1980s, however, public space design drew on the tradition of Italian piazzas, paving entire surfaces and relying on urban furniture rather than on tree-like vegetation.

Our approach at that time was instinctively the opposite. When it looked like the landscape had to be developed only from architectural components, we began working with classical landscape elements: plants, water, topography, paths, and also from the perspective of gardening...[+]

Batlle i Roig   Spain   The park is located where the railway station of Igualada used to be, at the end of Mossèn Cinto Verdaguer Avenue, on a site bound by three streets with a steep slope between them. The urban conditions determined the organization of the project. On t

Batlle i Roig   Spain   The Vall d’en Joan waste deposit was since 1974 the final destination for most of the urban residues of Barcelona and its metropolitan area. Prior to its restoration it was a vast expanse of land with deep slopes. A 20-centimeter layer of soil covere

Batlle i Roig   Spain   The project is the result of the development of a series of partial plans starting from a common idea: open spaces as synthesis of city form. This structural idea allows coherently addressing the variety of situations, approaches, developers, and bud

Batlle i Roig   Spain   The project’s basic objective was to organize, urbanize, and add a public content to the spaces resulting from the construction of the Nus de la Trinitat interchange, making it easier to reach the park from the neighborhood through a plaza of access,

Batlle i Roig   Spain   The heart of the Park becomes a large walkway and balcony-viewpoint in the city of Masnou. The project’s aim is to guarantee the connection between the two sides of the city by recovering the street track foreseen in the General Plan. The proposed la

Batlle i Roig   Spain   The Sant Climent Riera crosses Viladecans from north to south to end at sea after crossing the Delta del Llobregat Park. With its 2.5 kilometers, it had become a physical frontier for urban growth. The project sought recovering the space as a natural

Batlle i Roig   Spain   The project aimed to address the impact of a road infrastructure built rushedly for the Olympic Games of 1992 – using a buried box instead of a tunnel boring machine –, to in this way restore the terrain’s continuity and create a park not only over t

Batlle i Roig   Spain   A work of Enric Batlle, Joan Roig, and Iván Sánchez, the track called the Camino de las Guixeres is part of a larger project for the Igualada Green Ring, the objective of which is to generate a series of footpaths and bicycle lanes around the city’s 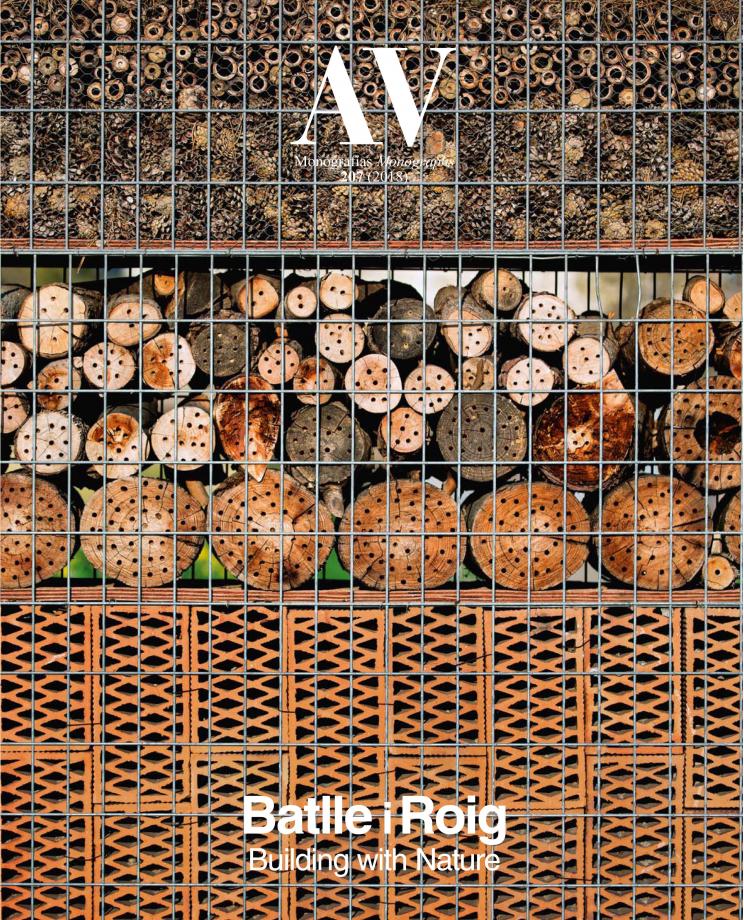