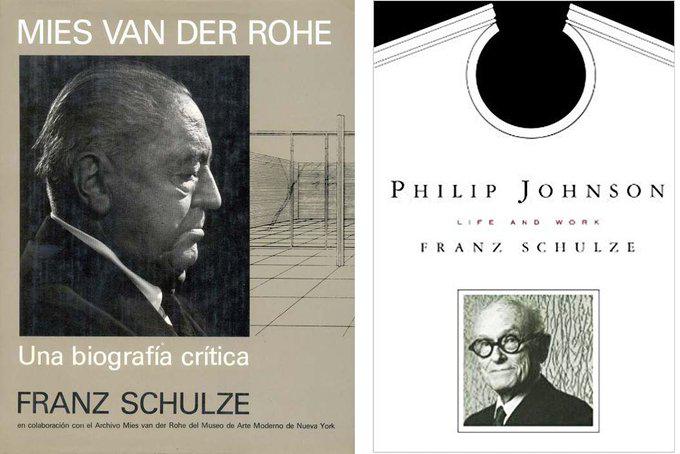 Schulze, who previously lived in Lake Forest , was 92. The cause of death was complications due to infections, according to his sons Matthew and Luke.

In addition to his work on Mies and Johnson, Schulze was highly regarded for his book on the Imagist artists who dominated Chicago’s art scene after World War II.

As a freelance art critic for the Chicago Daily News and Chicago Sun-Times from the 1960s to the 1980s — and as a contributor to the nationally circulated magazines ARTNews and Art in America — Schulze reached a broad audience... [+]

A different view of the masterful Farnsworth House — hers, not his

Chicago Tribune   Blair Kamin   The Farnsworth House, Ludwig Mies van der Rohe’s modernist masterpiece in Chicago’s far southwest suburbs, needs no introduction. As graceful as a Greek temple and as serene as a Shinto shrine, the single-room house seems to float over a meadow along

A pile of stacked boxes at the University of Chicago

Chicago Tribune   Blair Kamin   Diller Scofidio + Renfro conceived the design as an innovative addition to Chicago’s renowned collection of tall buildings. The tower transitions from a city-engaging ground floor to contemplative clusters of meeting rooms above. The new structure’s