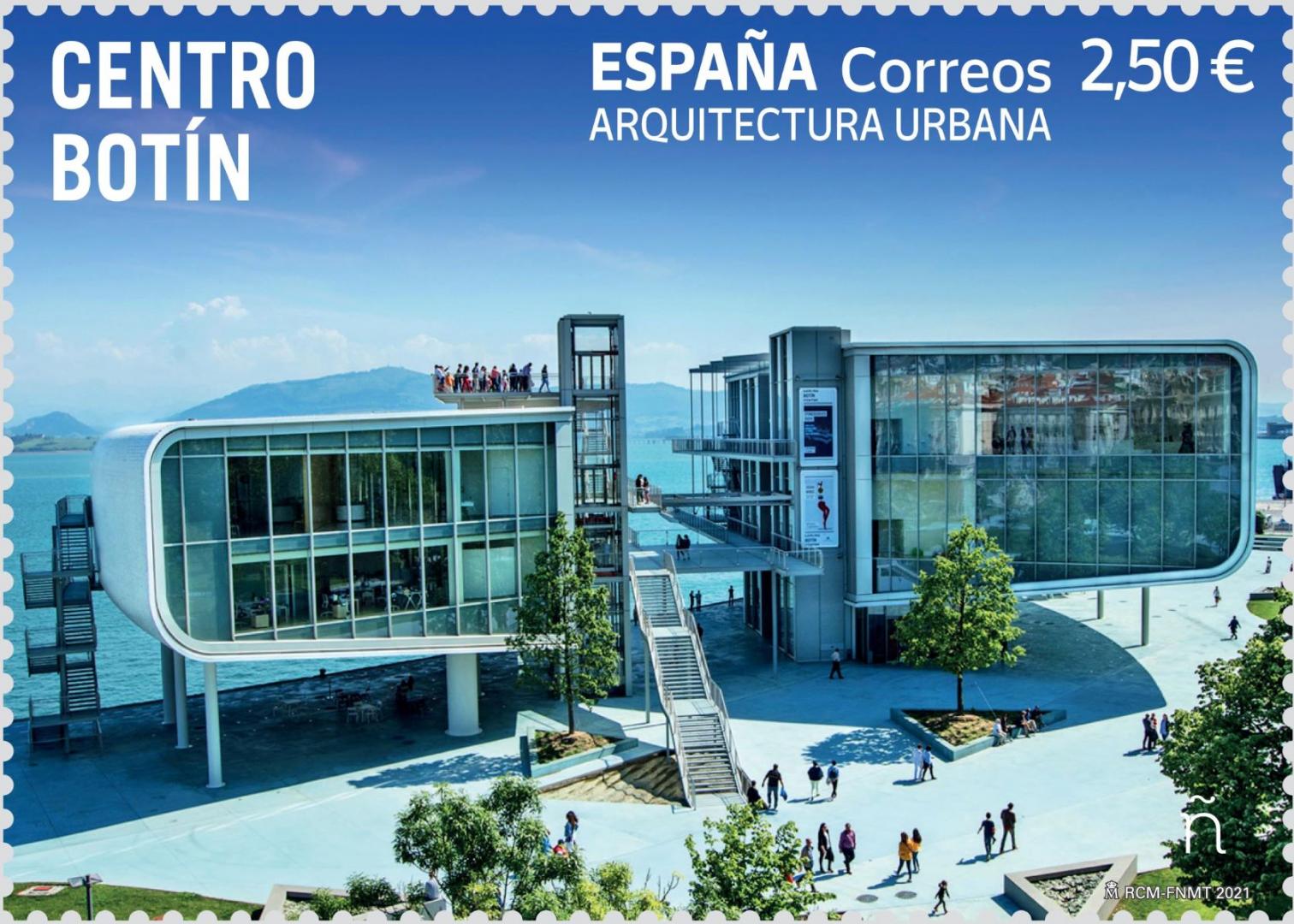 On 28 September 2020, Spain’s postal service officially issued a stamp with an image of the Wanda Metropolitan stadium, home to the Atlético de Madrid football club and a work of Cruz y Ortiz Arquitectos.

The second stamp of the series went into circulation on 10 November 2020, in advance of the 2021 commemoration of the 80th anniversary of Madrid’s Zarzuela Hippodrome, the horse racing course designed by the architects Carlos Arniches and Martín Domínguez with the engineer Eduardo Torroja. The construction is printed on a diptych-shaped sheet from which the roof and stands rise in a 3D effect, as in pop-up book. The picture shows an instant during a horse race.

The third of the series came out this past 31 March 2021, this time highlighting the Botín Centre in Santander, a work of Renzo Piano in collaboration with Luis Vidal. 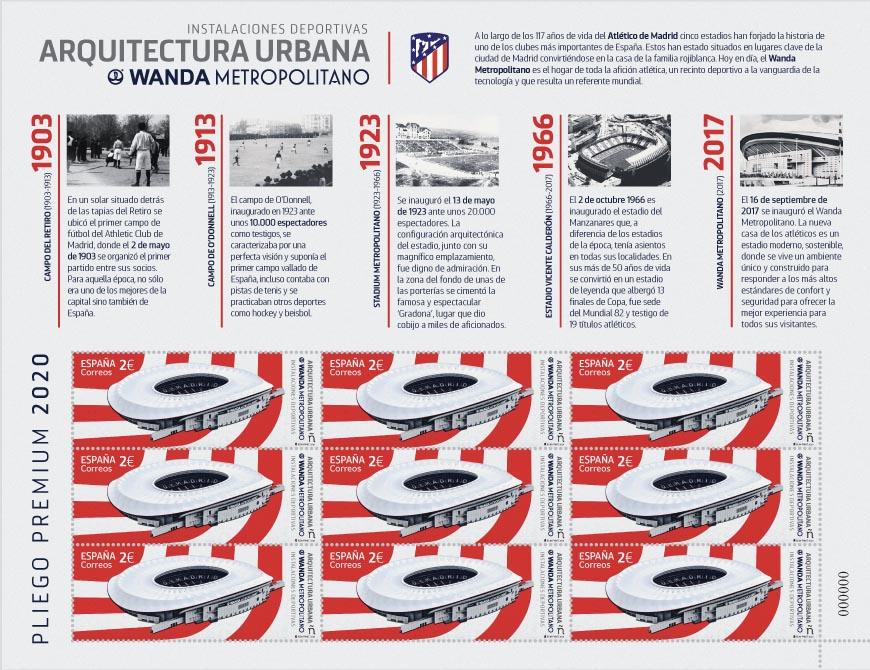 Ours is not a time of rationality, but a time of feelings. And this holds true not only in politics; it has a more popular and visible version in sports. While Barça prides itself on being “more than a club,” other clubs invoke other things, though p

The Spanish Civil War was a tragedy that wreaked havoc on all sectors of society, including architects. Whether for reasons of political affiliation or because of the change of sylistic directives induced by the new regime, many professionals had no

Renzo Piano   United States   Located along the famous ‘Miracle Mile,’ the museum preserves and breathes new life into a 1938 building, the May Company Department Store. The additions dating from 1946 onward have been removed and replaced with a ‘bubble’ containing a theater and

The interviews that make up the fourth set of the Arquia/maestros collection present the gifures of Álvaro Siza, Eduardo Souto de Moura y Renzo Piano.

RPBW   United States   Renzo Piano has completed his third construction for Columbia University's new Manhattanville Campus in Harlem, which with three other academic buildings is part of the first phase of the masterplan that the Italian architect drew up in collaboration