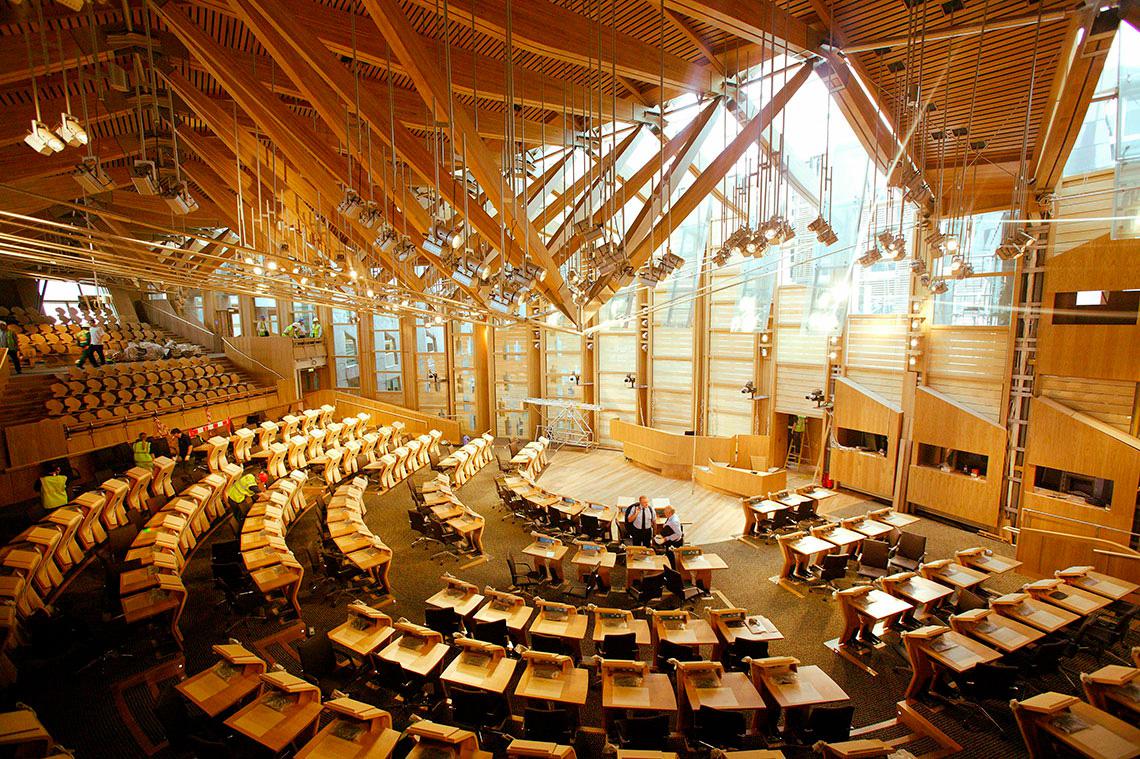 Considered the Oscar of British architecture by its promoters, this £20,000 award created in memory of James Stirling marked its 10th anniversary by naming the Scottish Parliament in Edinburgh the year’s best work. Designed by Enric Miralles, who passed away before construction began, and carried out by Benedetta Tagliabue and his studio, the building went up amid controversies having to do with the disproportionate swelling of the budget and delays in execution. But the jury decided to ignore them and focus on its architectural merits, letting themselves be seduced by the formal and material complexity and the intense lyricism of a fragmented and dynamic construction that welcomes and engages in dialogue with its environment, in which it seems to rise to represent the democratic aspirations of the people. The other finalists were Zaha Hadid’s building for BMW in Leipzig, O’Donnell + Tuomey’s Lewis Glucksman Gallery in Cork, Foster’s McLaren Technology Center in Woking, Bennett Associates’ Jubilee Library in Brighton, and Alsop’s Fawood Children’s Center in Harlesden.

Miralles Tagliabue EMBT   Spain   Located at one of the ends of the centralarea of the campus, west of the lecture hall, the construction of the Rector’s building is part of the third phase of the Special Plan for the new development of the As Lagunas-Marcosende University Campus in

In collaboration with a large multidisciplinary team, the American firm wHY has turned out the winner, among 125 participants, of the competition for the chance to design the Ross Pavilion: a visitor center and café in West Princes Street Gardens, in

Miralles Tagliabue EMBT   Netherlands   Following the specifications for a new lowrise, high-density residential quarter, the masterplan for Borneo Eiland in Amsterdam imposed three stories, bays reaching far back, and division of land into plots in such a way that every unit would be in c

Miralles Tagliabue EMBT   Spain   With the desire of recovering its historical roots, the company Gas Natural has builtits new headquarters in the Barceloneta, on the same site where the first gas factory in Spain used to stand 160 years ago. As a living creature that reacts to exte