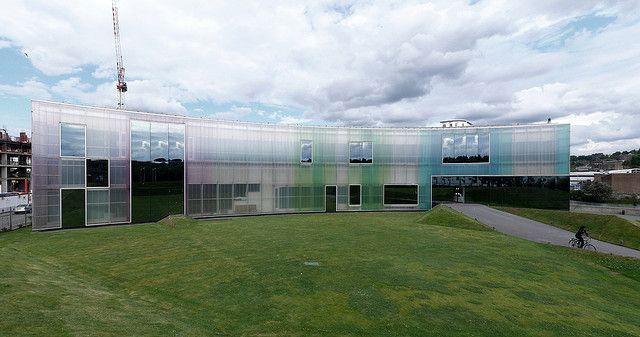 The award created in memory of the British master has gone for the first time to a work carried out by a foreign office, the Laban Dance Center in London, by Herzog & de Meuron. Authors of the Tate Modern in the city of the Thames (not eligible for the prize because then it was only awarded to works carried out in and by architects of the United Kingdom), the Swiss were to design a building that could spur the regeneration of Deptford, a once industrial area. The architect Chris Wilkinson – winner with James Eyre of the last two editions –, the writer Julian Barnes and the journalist Isabel Allen –editor of the AJ, that sponsors the prize – were part of the jury that chose the project by the Basel architects for the integration it reaches between visual arts (with the collaboration in the colors of the artist Michael Craig-Martin), dance and architecture. With a ground floor conceived as an open landscape that becomes as dense as an urban center in the upper level, with the rehearsal rooms, the center’s facilities are wrapped up in a double skin of polycarbonate and glass that reveals the moving silhouettes of the dancers.

Hastings Pier Awarded yearly by the Royal Institute of British Architects to a work built by a British architect or studio within the European Union, in 2017 the Stirling Prize has gone to a work by the London studio dRMM: the reconstruction, refurb

Norwich Council Houses Given each year by the Royal Institute of British Architects (RIBA), the Stirling Prize distinguishes the best works built by British architects or studios in the European Union. In 2019 the award went to the council houses on

Castillo de Astley The Stirling Prize, given every year by the RIBA (Royal Institute of British Architects) to the best buildings by British architects in the European Union, went to Witherford Watson Mann for the refurbishment of Astley Castle in Wa