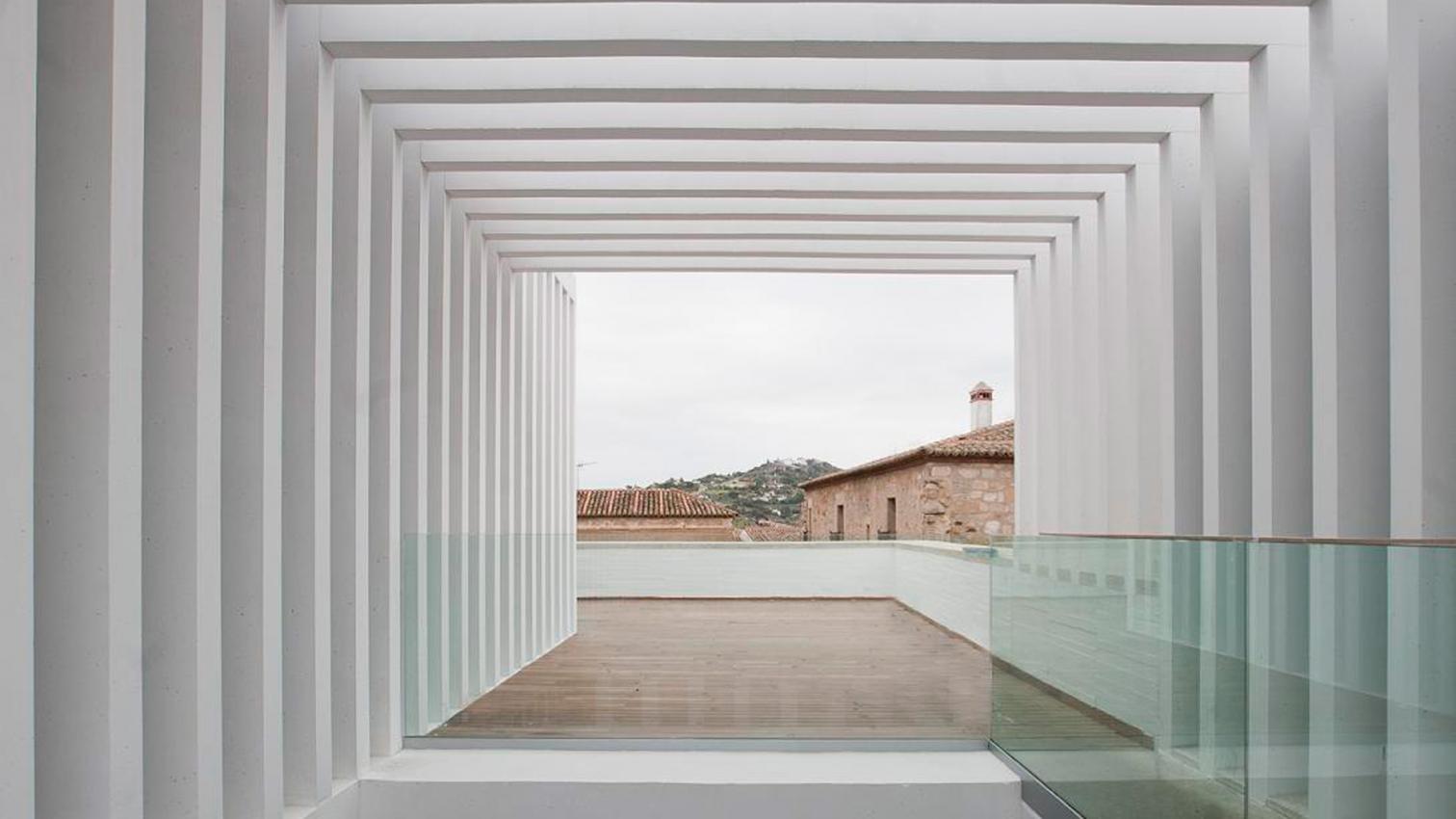 Atrio Hotel in Cáceres and Two Houses in Lisbon

“A suggestive reinterpretation of the traditional spatial structure of the city houses gives the project great perceptive richness and allows establishing a simple and wise relationship with the climate.” The jury of the FAD Awards 2011, presided by the architect Benedetta Tagliabue, referred with these words to the Atrio Hotel and Restaurant in Cáceres by the Madrid architects Luis M. Mansilla and Emilio Tuñón (see AV Monographs 144), ex aequo winner in the Architecture category. The Two Houses in Santa Isabel, Lisbon, by the Portuguese Ricardo Bak Gordon, was the other winning project. The Media-TIC building in Barcelona, by Enric Ruiz-Geli, also received a mention. In the remaining categories the winners were Ábalos + Sentkiewicz in Interior Design for the renovation of the Antoni Tàpies Foundation in Barcelona; Michèle Orliacq and Miquel Batlle in City and Landscape for the Parc de les Aigües in Les Hortes de Vilabertrán, Figueras (Gerona); and Martín Lejarraga and Ana Martínez in Ephemeral Interventions for their House for a Nomad Collector, an installation presented at the Madrid contemporary art fair ARCO 2010.