Life and Art in Parallel

Portrait of the artist by Francis Bacon (studio), 1970

Close to the point where the Madrid presentation of Richard Hamilton’s career begins, one can watch Pascal Goblot’s recent documentary, Richard Hamilton in the Reflection of Marcel Duchamp. It is about the reconstruction of The Large Glass, which Hamilton worked on in 1966 for the Duchamp retrospective that the Tate Gallery held in 1966 on the British artist’s recommendation. The film synthesizes the intelligence and charm of Hamilton: in the rooms of some illustrious museums his contagious decomposed smile and thin, gawky, quixotic figure convey an attitude of childlike delight and mature skepticism at the same time, halfway between tender and sarcastic. This wise relativistic and devout balance, at once passionate and cynical, is present in his entire oeuvre, which is very well represented here. If the specialists argue about the specificities of the American or European seeds of each branch of pop, they also debate on the indifference or cynicism of our artist: whether in the calculated ambiguity of his early collages, from the paradigm of his most famous and explosive work, Just what is it that makes today’s homes so different, so appealing? (1956), a true manifesto of the pop art aesthetic and also a critique of and hymn to popular culture, or in the recurrent revisitations of some of his works, which put the reach of some of his discoveries in crisis while updating it. This undecipherable and fertile duality would eventually be like the actual account of the reconstructions of Duchamp’s unfinished enigmatic work – simultaneously serious and naughty, both metaphor and hobby...

Pavilions, An Aesthetic of Evanescence

Ángel Martínez García-Posada   This summer has brought us the much awaited coincidence of temporary constructions by three Spanish architectural practices in prestigious international forums: the Organic Growth Pavilion by Izaskun Chinchilla on Governors Island in New York, one of

Ángel Martínez García-Posada   On view at the CAAC in Seville, Resistance and Tradiction is the first anthology on the artist Ai Weiwei ever to be offered in a Spanish Museum.

On the Persistence of Geometry in Sculpture

Luis Alemany   The artist Christo Vladimirov Javacheff’s life ended on 31 May with an air so romantic as to seem unreal. He was born on 13 June 1935, the same day as his wife, Jeanne-Claude Denat. She was born in Casablanca, and he in Gabrovo (Bulgaria). How did th

I Biennial of Contemporary Art of Seville 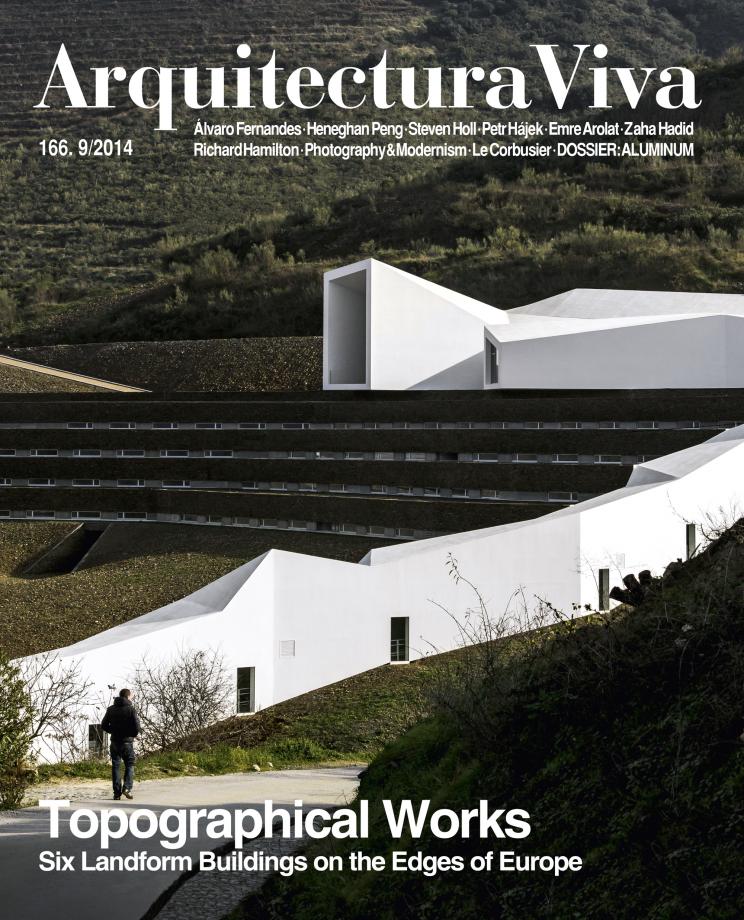