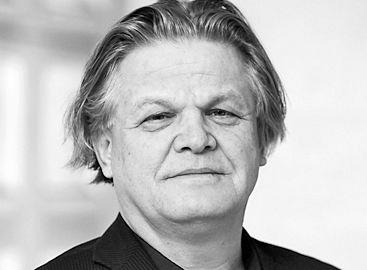 There is a way of thinking known as “analogous architecture” that centers on and tries to get the poetic breath out of common and current things. One of the keys to this architectural sensibility is the tradition-modernity binomial, the idea being that for the first to stay alive, it must incorporate the second. For his theoretical reflections on this matter, his dedication to pedadogy, and his rigorous professional practice, Miroslav Sik has received the Tessenow Medal, a prize that year after year shows itself to be in tune with ways of going about things that are on the edges of fashion. Born in Prague in 1953, he emigrated with his family to Switzerland and studied at the ETH of Zürich with Mario Campi, Aldo Rossi, and Dolf Schnebli. A disciple, too, of Fabio Reinhart, he is a chair professor there. He also teaches in his native city and in Lausanne, always trying to inculcate in his students the need to take history into account and set a critical distance from universal formulas. Working from a studio of his own since 1987, Sik has built few but rigorous works including Catholic parish centers in Egg and Morgen and a musician’s house in Zurich.

Ryue Nishizawa   Japan   Gently nestled on a site of soft contours, with its shape this museum mimics how a droplet of water falls on the rice fields that characterize the landscape of the Japanese island of Teshima, in Seto Inland Sea. Two light shells of white concrete mea