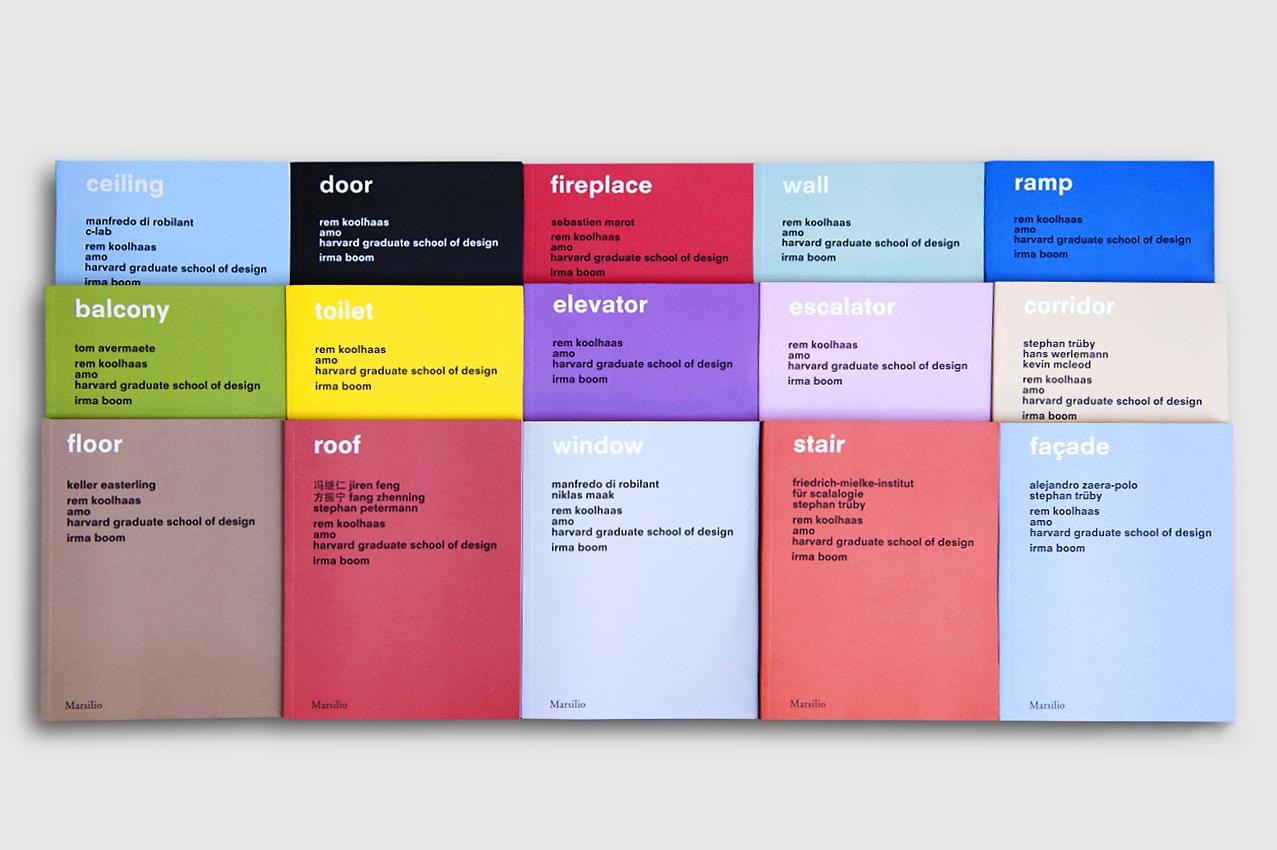 Decomposing architecture into its different elements is something that was already present in Vitruvius, and certainly in Alberti and the subsequent treatises, but it was only formalized in the Beaux-Arts teachings codified in the books of Durand, Reynaud, and Guadet. Progressively abandoned in the course of the 20th century, this academic approach had a brief comeback with the postmodernity of the 1970s and 1980s, and it now returns anew with Rem Koolhaas, who has devoted the central pavilion of the 14th Venice Biennale to fifteen elements of architecture, which are presented there with the help of historical objects, fragments of buildings and contemporary machinery, and summed up in fifteen small books that go through the origins, evolution and current state of each one with a profusion of images and texts which combine the erudite with the anecdotic.

Put together essentially by Harvard Graduate School of Design students under Koolhaas’s tutelage (although with the participation of some invited authors, including Keller Easterling, Sébastien Marot, or Alejandro Zaera) the very abundant information is put on the page rather informally, with a graphic povera look reminiscent, in a smaller format, of the free layout of the Whole Earth Catalog and other counterculture bibles of the libertarian youth effervescence following 1968, thus giving an alternative varnish to what could have been seen as a mere disciplinary return to academic teaching.

The Catalog, which many consider a printed predecessor of the World Wide Web because of its persistent attempt to reference all manner of books, information, and products, had the subtitle ‘Access to tools’, and this label can probably also apply to the Dutch architect’s exhibition and books, which all offer an extraordinary variety of data, illustrations, and episodes that can be a significant stimulus for young architects, just as the accumulation of recommendations and data snippets compiled by Stewart Brand almost half a century ago fertilized the imagination and projects of his generation.

The list of fifteen elements begins with floor, wall, ceiling, and roof, to then continue with door, window, façade, and balcony, and after a detour through corridor, goes on to explore fire and water with fireplace and toilet, wrapping up with stair, which is ratherly unexpectedly extended with three other circulation elements that simultaneously express the desire for contemporaneity and the interest in the different modes of movement of the inventor of the ‘free section’: escalator, elevator, and ramp.

In its approximately systematic enumeration, and in its heterogeneous accumulation of materials, Koolhaas’s elements cannot legitimately be compared with Durand’s Précis, Reynaud’s Traité, or Guadet’s Eléments et Théorie – even though the exhibition shows examples of the wealth of existing academic treatises on the elements of architecture – so we cannot pedantically criticize the inconsistencies of narration, the conspicuous absences or the tiring bifurcations and repetitions.

Just as S,M,L,XL was described as a “free-fall in the space of typographic imagination,” these fifteen small books are a free-fall in the space of architectural imagination, and this is how the collection’s already numerous critics should take it: these elements do not mean a return to academic teaching, but to the counterculture of the 1970s, and there is no other interpretation for his ‘back to basics’ message. Koolhaas has put his Biennale under the motto Fundamentals, which are the essential data that describe the situation of a company, and in applying them to architecture his work has inevitably been more a diagnosis than a proposal. But someone had to do it, and such a thoughtful disciplinary paradinha is refreshing and welcome. 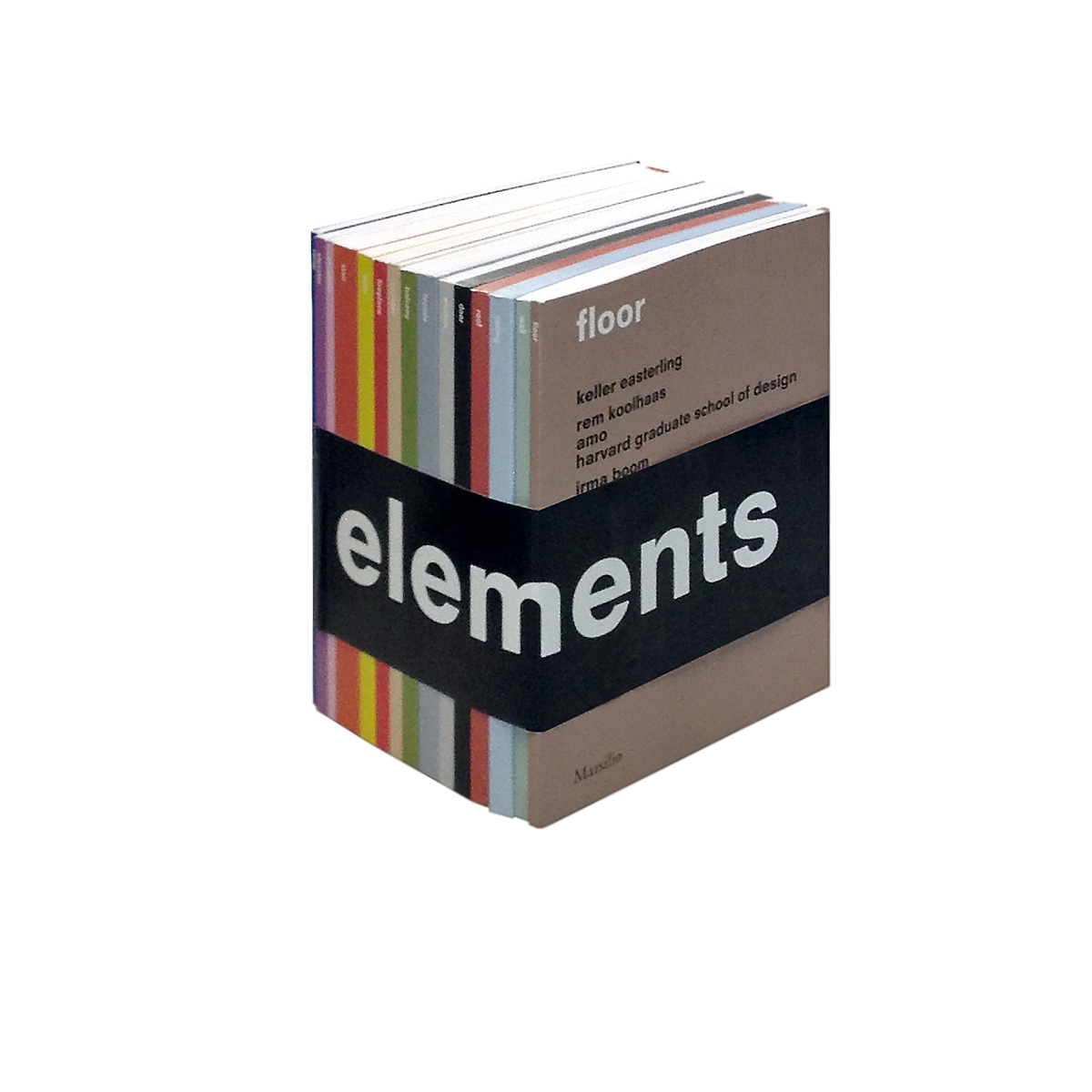 Luis Fernández-Galiano   Almost inadvertently, young Turks become young masters. Just after turning 50, and after 25 years of professional activity, Francisco Mangado is no longer the archetypal representative of that young Spanish generation that entered the schools of arch