House prices in the rich world are booming 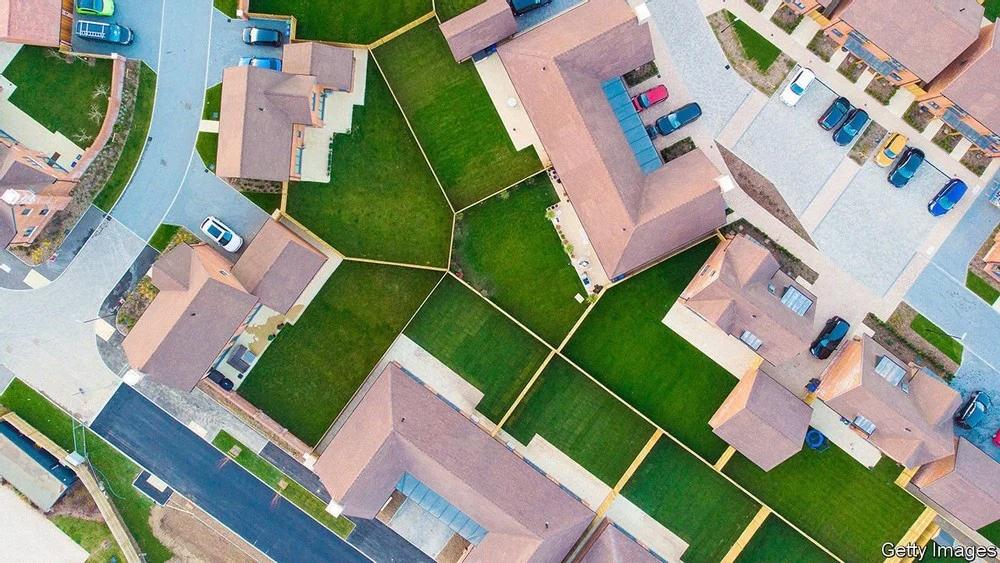 On a sunny afternoon in Kingsmere, a new suburb of Bicester, a town 50 miles (80km) north of London, the streets are abuzz with people strolling and children playing. In ten years 1,600 homes have been built on the site, and another 900 are soon to follow. In the sales office for Bovis Homes, Flip Baglee says she has “never known it to be so busy”. Sentiment in Rhinebeck, a village 80 miles north of New York City, is similarly buoyant. Many of the properties advertised in the window of Gary DiMauro Real Estate—from mansions to cottages—are already taken.

American house prices rose by 11% in the year to January, the fastest pace for 15 years. Those in Britain increased by 8% last year, and in Germany by 9%. The pattern is seen in much of the rich world. Across the 25 countries tracked by The Economist, real house prices have risen by an average of 5% in the latest 12-month period. Only in Japan have they fallen.

In many countries rises have been rapid enough to attract the attention of politicians and central bankers. In a break with the pattern of the past decade it is prices in less populated, but still commutable, places, rather than city centres, that are rising most. Covid-19 seems to have set off a quest for space that could outlast the pandemic...

The Economist: House prices in the rich world are booming

Peter Sloterdijk used the metaphor in formulating his take on our times. His postmodern, disturbing statement about us “living in bubbles” keeps proving true, yet remains hard to predict. What are today’s bubbles? The first and most pressing, urgent

In the 1920s, leaders of the modern avant-garde gathered at the International Congresses of Modern Architecture (CIAM) coined a word to refer to all the basic needs of a house: Existenzminimum, or ‘minimal existence.’ The term did not take root at on

One way To distinguish liberal democracies from totalitarian regimes is by comparing the aesthetics of their respective popular demonstrations: on the one hand, organic masses whose chaos is an expression of spontaneity or freedom; on the other, crow

Michael J. Sandel   When the coronavirus pandemic hit in 2020, the United States, like many other countries, was unprepared. As the contagion spread, the wealthiest country in the world found itself unable to provide even the medical masks and other protective gear that

It is not easy to ponder the real magnitude of the pandemic’s impact on our everyday existence; to find a middle ground between catastrophists convinced that Covid-19 marks a point of no return for societies, and optimists certain that the return to

Ignacio Nieto de la Cal   The astonishing ease with which an imported microscopic virus is bringing our current wellbeing and the global economy down on their knees is making us rethink our way of living and reconsider our priorities. It is starting to look less like just a s