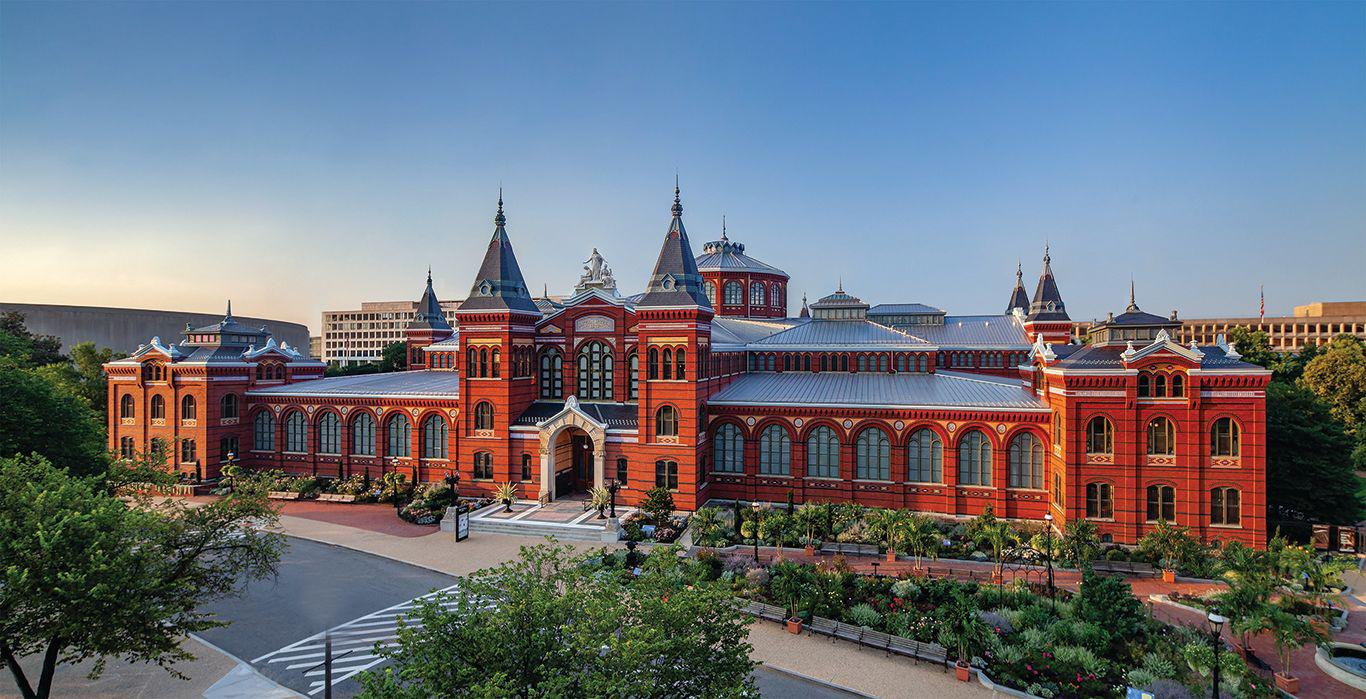 The Smithsonian's Arts and Industries Building, the institution's first museum to open on the National Mall in 1881, was modelled on the grand World's Fair pavilions of the 19th century architecturally and conceptually. Nicknamed the Palace of Inventions, it has displayed the first light bulb, telephone, steam locomotive, airplane and Apollo rocket ship over the years. “This is where people went to see the wonders of the universe and imagine the future,” says the building's director, Rachel Goslins.

Closed to the public since 2004, the Arts and Industries Building will reopen temporarily in November with Futures, an exhibition-cum-festival that renews the building's function as an incubator of new ideas and is the centrepiece of the Smithsonian's 175th anniversary celebration this year. The show includes some 150 prototypes, working experiments, site-specific art installations and speculative designs such as a flying car and a support robot to reduce loneliness, as well as historical inventions like the first telegraph and first video game drawn from 15 of the Smithsonian's museums and research centres...

The New York Times   Hilarie M. Sheets   The Blanton Museum of Art at the University of Texas at Austin is planning a $35 million campus redesign led by the firm Snohetta. It will feature architectural and landscaping improvements throughout the museum’s 200,000-square-foot grounds like a d