The reasons of the ‘rauxa’ 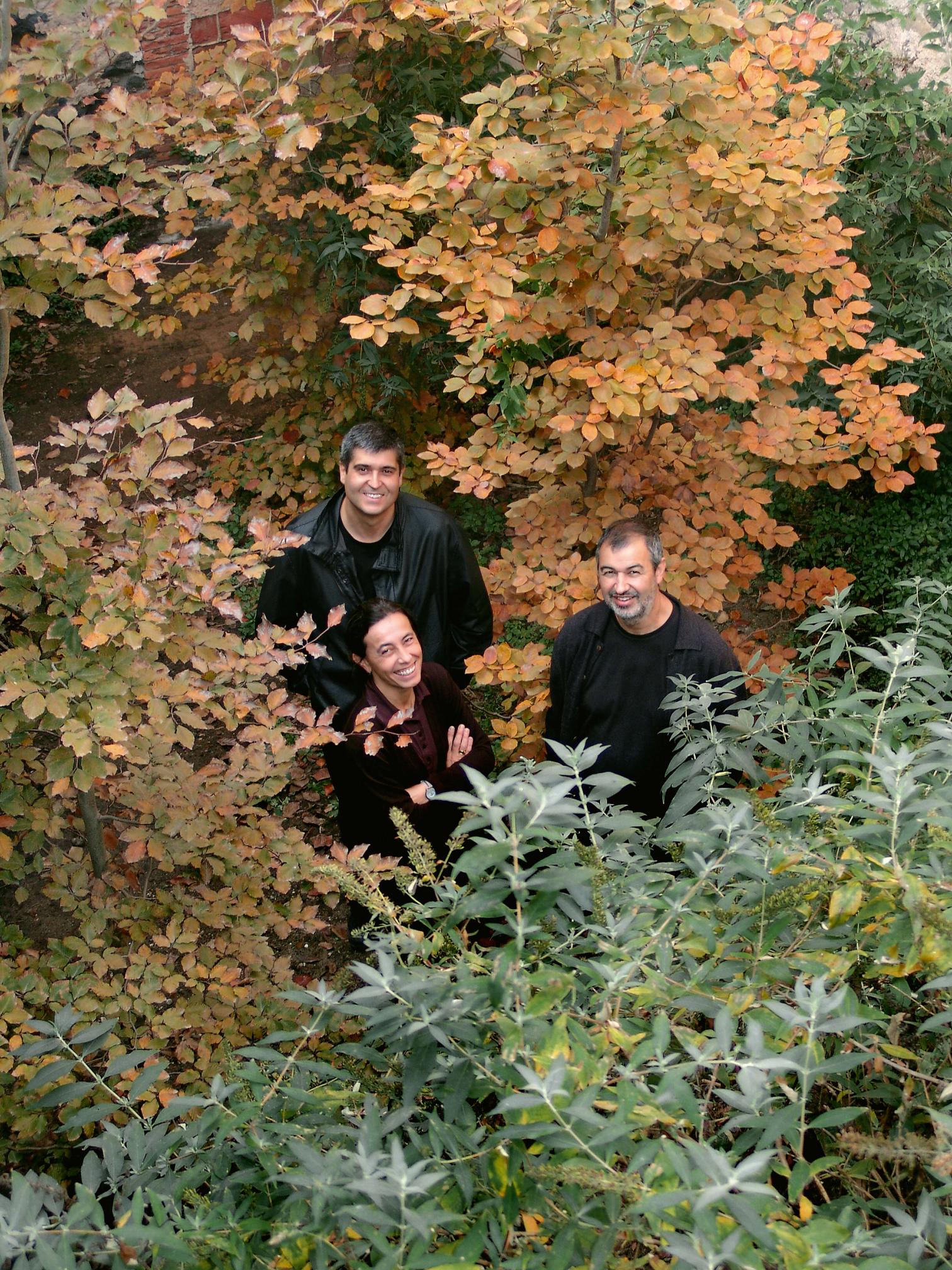 The direction that the Pritzker Prize seemed to have marked by honoring the likes of Alejandro Aravena and Shigeru Ban in the last cycles gave no inkling that this year’s winner would be RCR, a trio whose radical architecture, a priori, does not tally with the current spirit of engagement with society. RCR’s social commitment is substantial, however, albeit focused on architecture and places, which makes this new Pritzker – whose jury has been chaired by another architect who has devoted his career to working locally, Glenn Murcutt – something like a return to the ecumenical perspective that has characterized the prize since its institution in 1978. This year’s win is also good news for Spanish architecture, demoralized by the crisis and not a recipient of the coveted award since 1996, when it went to Rafael Moneo, who will from now on be accompanied on the profession’s Olympus by a troika whose approach to the discipline is quite different from the Navarrese master’s.

Founded by Rafael Vilalta, Carme Pigem, and Ramon Vilalta in 1988, RCR arquitectes has always been faithful to its place of origin, Olot, a municipality of industrial lineage nestled in the beautiful volcanic landscape of Garrotxa, where the three have created an intense, radical work environment. Their capacity to create buildings with local roots and an extreme language – what Luis Fernández-Galiano’s essay included in this issue calls “rauxa romántica” combined with “rational rigor” – is one of the points raised by the Pritzker jury in its statement: “Their work demonstrates an unyielding commitment to place and its narrative, to create spaces that are in discourse with their respective contexts.” Highlighted, too, are RCR’s ‘collaborative’ nature – this is the first Pritzker given to a threesome – and its way of “harmonizing materiality with transparency” in works sharing an “ability to intensely relate the environment specific to each site,” and all this with “deep integrity.”

RCR’s oeuvre goes from the Athletics Track of Olot (2000) to the Musée Soulages in Rodez (2014) and other projects abroad, via milestones like Restaurante Les Cols (2002) or the Espacio Público La Lira (2011). The awarding ceremony will be held on 20 May at Akasaka Palace in Tokyo. 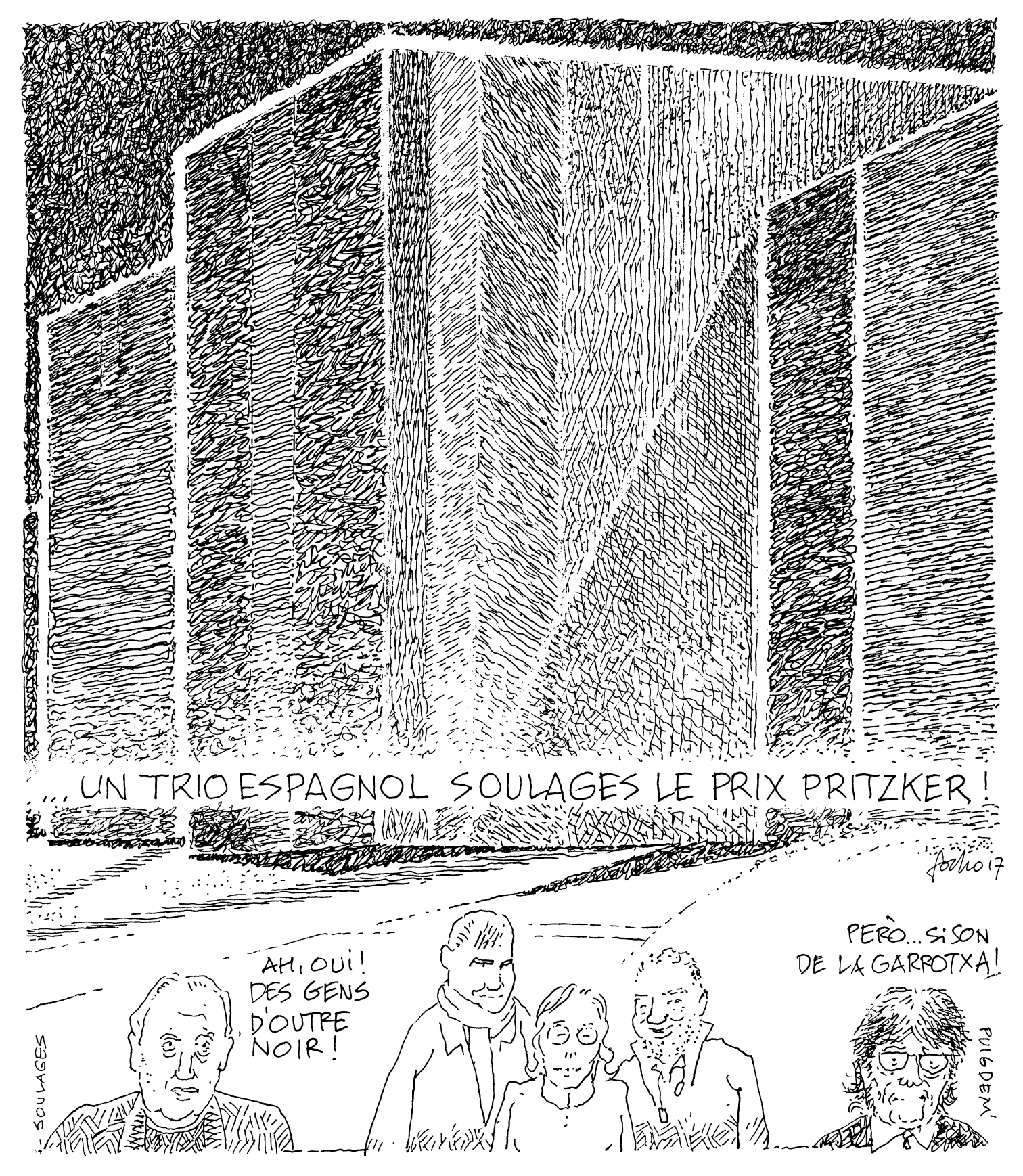 RCR Arquitectes   Spain   The River Fluvià begins in the mountains of Collsacabra, south of the city of Olot, and flows into the Mediterranean, in the Ampurdán marshlands, after covering seventy kilometers through the region of La Garrotxa.Almost hidden amid the poplars, the

RCR Arquitectes   Spain   With laws of its own a garden stages fragments of nature in a delimited space. A plot of land between the old cart path that connected Olot with Santa Pau and the new traffic thoroughfare that covers the same distance now performs as the gate to the

In the spirit of “returning to the disciplinary values of the profession,” the FAD Architecture Award has gone to ‘Assisted pedestrian route from the center to Saint George’s Castle’, carried out by João Pedro Falcão de Campos to connect Lisbon’s hig

Rafael Aranda, Carme Pigem, and Ramon Vilalta of the firm RCR have been made foreign members of France’s Académie d’Architecture, founded in 1840 as the Société Centrale des Architectes primarily to promote architectural quality. RCR in 2015 received

RCR Arquitectes   Spain   The project stems from the desire to build a swimming pool in a markedly rural context, on a site where different types of traditional structures – a farm, granaries and a mill – stand side by side. The specific characteristics of the place end up t

RCR Arquitectes   Spain   Though Cuca de Llum might sound like the name of a faraway country from a fairytale, it is actually the Catalan word for glowworms, most commonly called fireflies. This is also the suggestive name of this house on the outskirts of Olot, clad in a smo

The chairman of Hyatt Foundation, Tom Pritzker, announced the selection of Balkrishna Doshi as Pritzker Architecture Prize Laureate of 2018, the accolade’s fortieth anniversary. Born in Pune in 1927, Doshi is one of the leading figures of modern arch 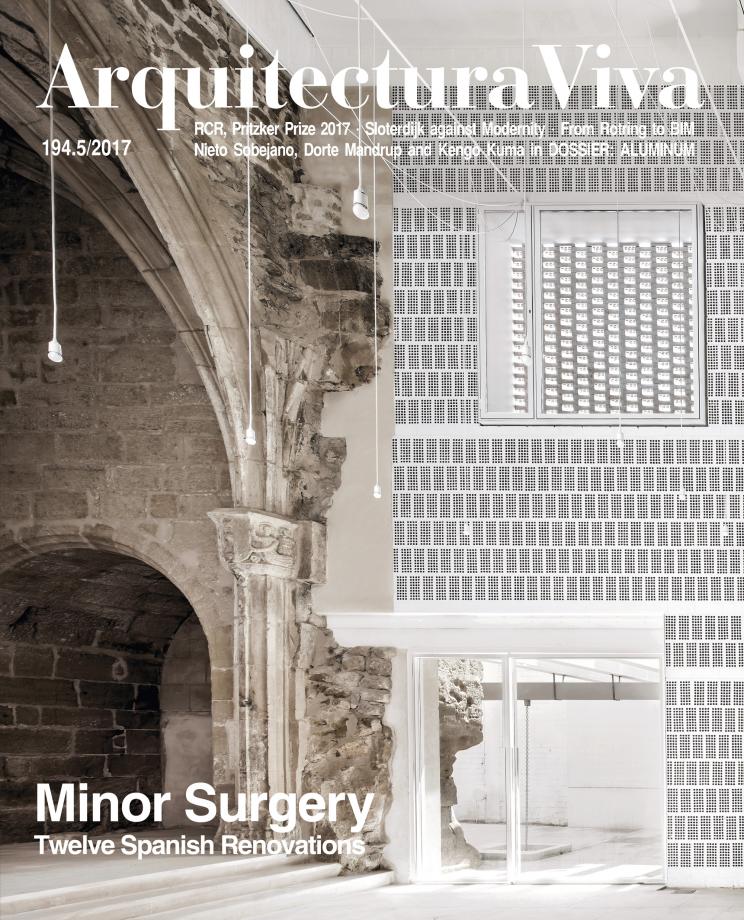