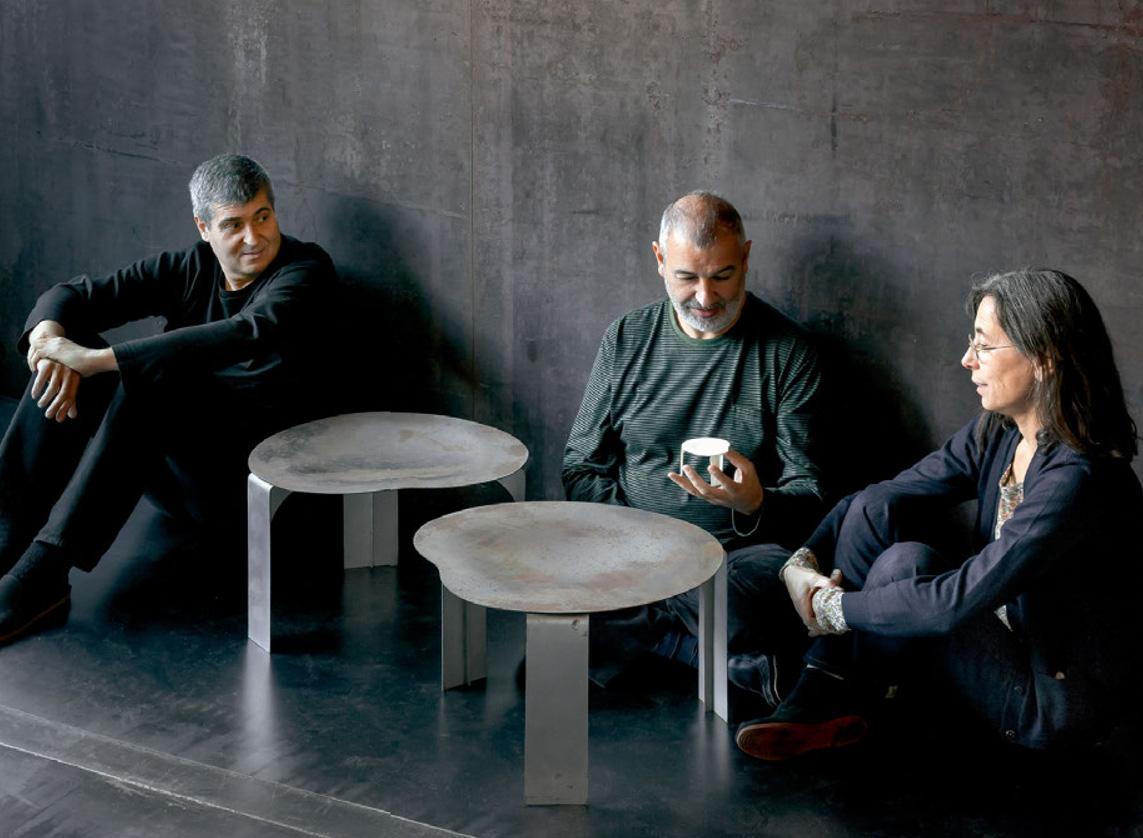 The trend that the Pritzker Prize seemed to have adopted in its latest editions with laureates like Alejandro Aravena or Shigeru Ban did not seem to point in the direction of RCR Arquitectes, a trio whose radical architecture at first sight doesn’t seem to fit in with the Zeitgeist’s social and committed spirit. In truth, RCR’s commitment is with architecture and places, so the 2017 Pritzker - with a jury presided by an architect also closely tied to the local, Glenn Murcutt - has meant a return to the ecumenical perspective that had characterized the prize since its first edition in 1978. The award, presented at Akasaka Palace in Tokyo on 20 May, also brought good news for Spanish architecture, which was still recovering from the crisis and had not received the distinction since Moneo’s Pritzker in 1996. Based in Olot (Girona), Aranda, Pigem, and Vilalta founded RCR Arquitectes in 1988, and are the authors of buildings like the Soulages Museum in Rodez (2014), La Lira Theater in Ripoll (2011), and the Bell-lloc Winery in Palamós (2007), all of these are works in which the sensitive reading of context is combined with the sophisticated creation of aterial atmospheres.

RCR Arquitectes   Spain   The campus of Montilivi, south of the historic center of Gerona, imposes the rationality of its grid on a landscape of gently rolling hills and wooded masses. Starting from one of the plots thus defined, the new Law School is inserted with the intent

RCR Arquitectes   Spain   Playing with a wooden piece set for kids one can obtain varied compositions, which transferred to the field of architecture, somehow match the distribution of volumes and spaces during the creation process of a building. Each one of the colors covers

RCR Arquitectes   Spain   The urban park of La Arboleda (meaning grove) is in the west access to the town of Begur, on the coast of Gerona. Once a natural space with a stream and a wooded area next to the town, this zone now acts as a hinge between the new expanded areas and

Pavilion on a Pond, Llagostera

RCR Arquitectes   Spain   The house offers the opportunity to recover the dry pond of an old mill located on the outskirts of Llagostera, a few kilometers from the coastal town of Sant Feliu de Guíxols. The location of the new construction, along the water’s edge, determines

In the spirit of “returning to the disciplinary values of the profession,” the FAD Architecture Award has gone to ‘Assisted pedestrian route from the center to Saint George’s Castle’, carried out by João Pedro Falcão de Campos to connect Lisbon’s hig

The reasons of the ‘rauxa’

The direction that the Pritzker Prize seemed to have marked by honoring the likes of Alejandro Aravena and Shigeru Ban in the last cycles gave no inkling that this year’s winner would be RCR, a trio whose radical architecture, a priori, does not tall

Carlos Jiménez   Aranda Pigem Vilalta – RCR Arquitectes – are magicians of mineral and natural discoveries. Their architecture conjures sensual intimations, refractions, and densities from the most elemental material conditions, whether a single sheet of Cor-ten stee