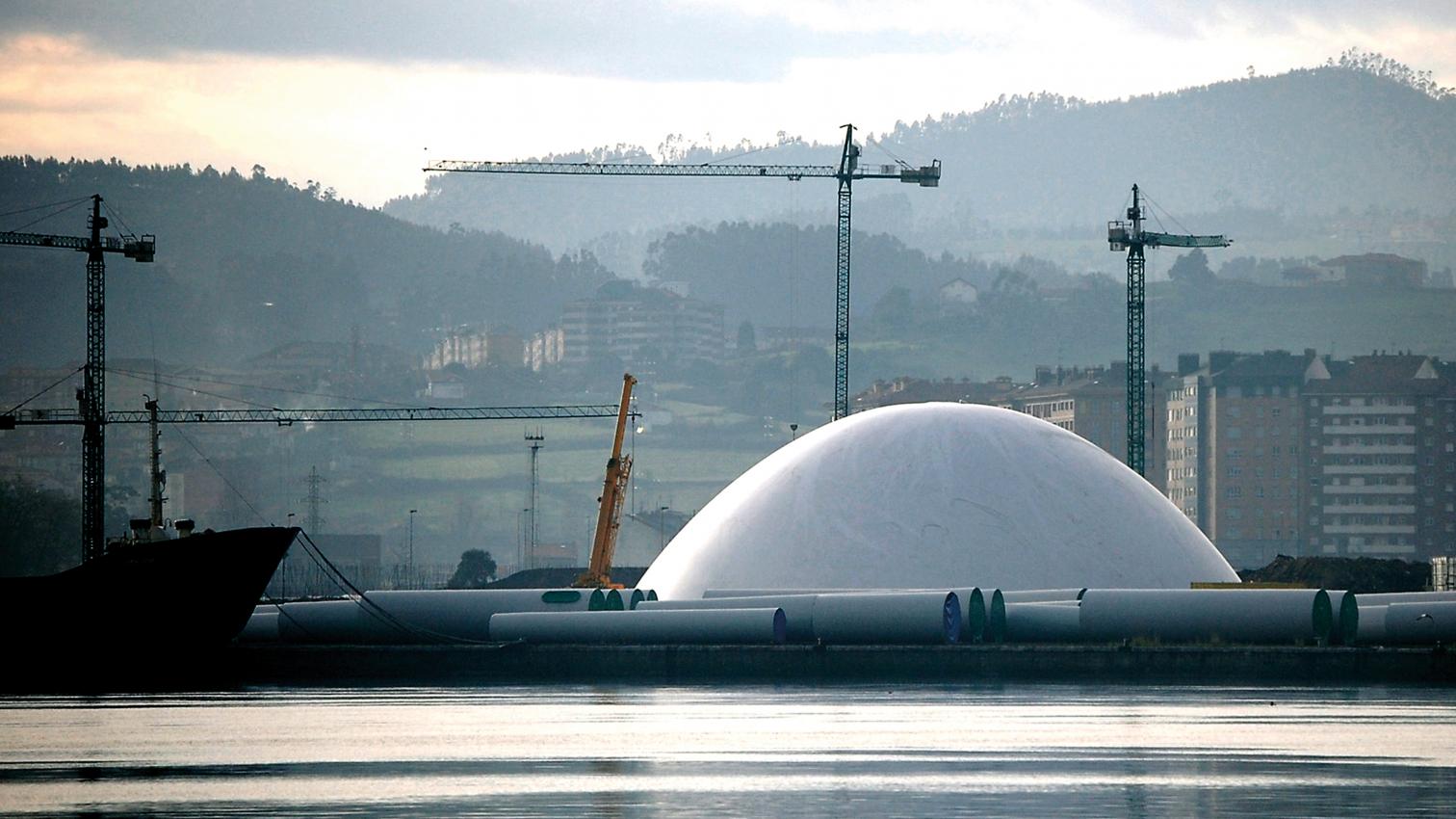 Dreaming is drowsiness, but also desire. In Asturias, the endless crisis of the mining industry and the resizing of siderurgy have weakened the economic nerve of the region, causing a stagnation that many confuse with sleepiness. However, in this somber and perhaps crepuscular panorama there are sudden clearings that reflect collective ambitions and dreams. Architecture is not oblivious to that yearn for mental and material reconstruction, and some works act at once as economic engines in the transition towards a service economy and as symbolic impulse in regional rebranding and the restoration of self-esteem. Along with them, a long series of initiatives and projects trace a landscape in mutation where uncertainty and hope intertwine.

The mythical geography of Asturias has been the stage of a palimpsest past, dotted with contradictory episodes that layer the territory like a manuscript that each generation rewrites. Its abrupt relief, which explains its isolation and historical uniqueness, has known at once the withdrawn character of the conservative Vetusta (Oviedo in Clarín’s novel La Regenta) and the revolutionary fervor of the 1934 uprising, extreme expressions of a polarity that in 20th century architecture has generated examples as different as the dams and electric power stations by Joaquín Vaquero and the visionary classicism of Gijón’s Universidad Laboral by Luis Moya, a Civitas Dei raised as an exorcism against the turbulences of the city of men.

However, neither public works that add artistic sensibility to the forms that emerge from calculation nor projects that wish to halt time with a normative classicism can be called ‘Asturian architecture’, because both engineering and the classical orders have a cosmopolitan dimension that turns them into true international styles. The term must be kept for that exceptional pre-Romanesque that has made of Asturias an architectural pilgrimage destination: one of the few unique syntheses that Spain has contributed to the universal history of the discipline, with the Carolingian influence and the Byzantine echoes of a Ramirense style that reaches absolute perfection in the mannerist slenderness of Santa María del Naranco.

Asturias today, far from its ancestral origins, and faced with a double demographic and economic crisis, promotes its future with emblematic works that serve as symbol of the shared dream. Among them, the most representative one is the cultural center that bears the name of its author, Oscar Niemeyer, the 102 year old Brazilian master that still goes every day to his studio in Copacabana to smoke cigars at his work desk with a bust of Lenin, and show those of us who visit him his pride for being, along with Fidel Castro, the last communist in Latin America, as well as his thrill because so many stars of Hollywood have toured his Avilés work. Between proletarian dream and dream factory, Asturias once again faces its isolation with an oneiric synthesis.

Luis Fernández-Galiano   With this issue AV/Arquitectura Viva celebrates its thirtieth anniversary. Since 1985 we have published over 400 issues and some two dozen books, organized congresses, exhibitions, and competitions, and been present in about a hundred countries, brin

Luis Fernández-Galiano   This issue pays a long due debt. AV devoted an issue to Álvaro Siza in 1993, and the year after one to the Portuguese scene, which was Arquitectura Viva’s cover story in 1998. From this date on the coverage of our neighbors has been mostly fragmented

Arquitectura Viva  132 The Dream of Asturias Open the digital publication