The Architecture of Mass Vaccine Distribution 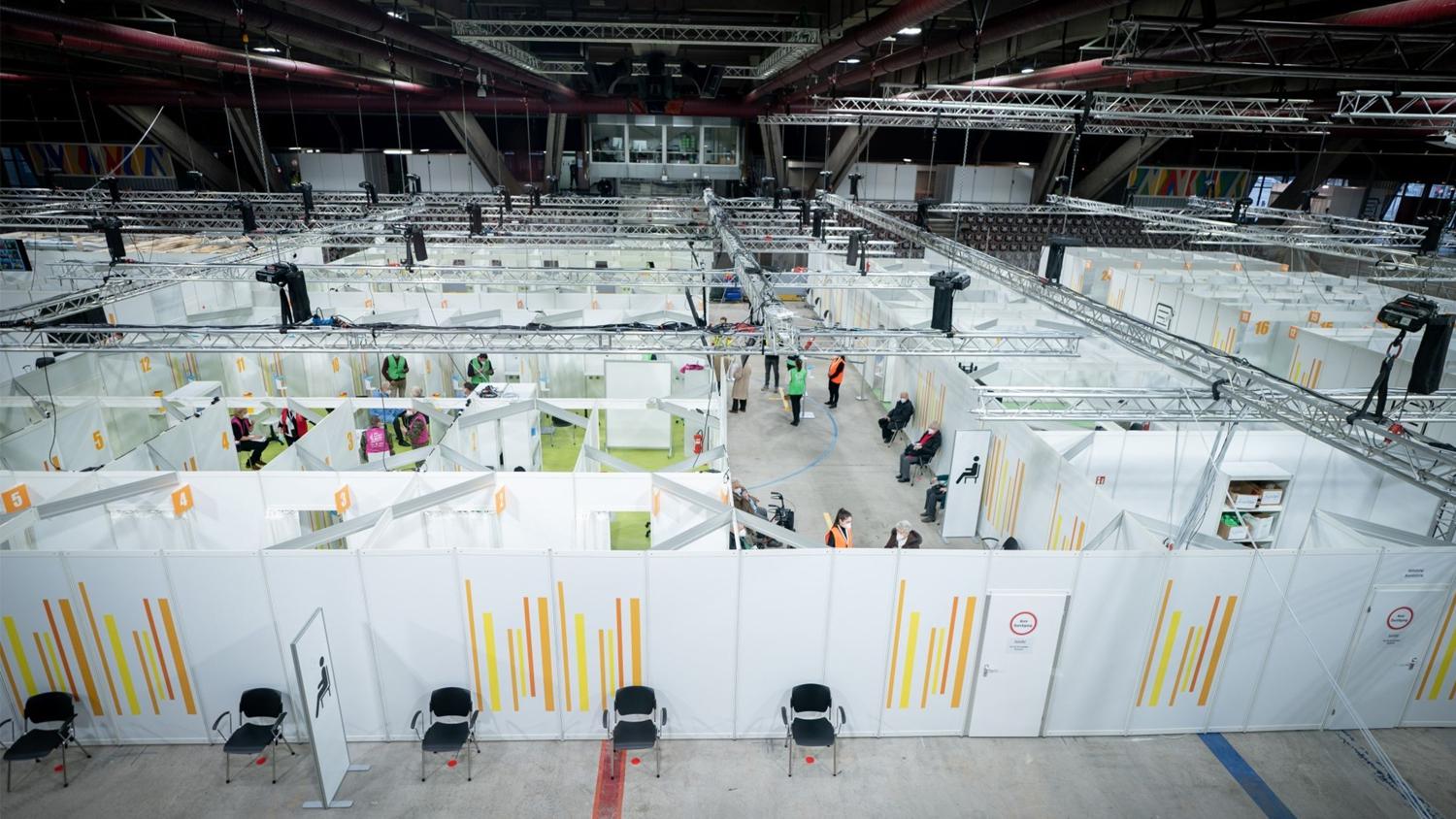 Large Covid-19 vaccination programs are transforming football stadiums, parking lots and even art museums. But building the infrastructure of inoculation can get complicated.

In Berlin, the process of transforming large, now unused public spaces into mass vaccination hubs started weeks before a vaccine was approved.

Albrecht Broemme, the project manager in charge of setting up six of them, began laying out Lego models of six mass vaccination sites in November. Working with the staff of the Federal Agency for Technical Relief — he used to be the president of the agency and retired from it in 2019 — he turned his colorful plastic mock-ups into real-life facilities capable of churning out thousands of jabs a day. The goal was setting up sites that Berliners could file through like IKEA shoppers.

Among the first mass vaccination centers is the Arena Berlin, a bus-depot-turned-event space built in the 1920s. The building now has 80 vaccination booths numbered and separated by white metallic panels, capable of delivering 4,000 doses a day. Together, the six Berlin sites are expected to cost between $70 million and $95 million according to the Washington Post...

Arquitectura Chile 15   Spain   With the health crisis that broke out last spring, the government of the Community of Madrid, through its regional health service, took several measures to try to curb the pandemic and provide urgent attention to the ill. The IFEMA field hospital mad

What has perhaps been the worst year in half a century, 2020, comes to a close with a hope-inspiring image: the picture of elderly people and nurses receiving the first doses of the vaccine. Hope-inspiring because it a sign that the thick fog in whic

The Context of a New Healthcare Venue

Justo Isasi   It is fitting to use the name of the nurse Isabel Zendal, a key figure in the extraordinary expedition that took the smallpox vaccine to the confines of the Spanish Empire early in the 19th century, for the Community of Madrid’s new hospital for epid

Ramón Araujo   Architecture plays an important role in the response to catastrophes of all kinds, and this role is raising a great amount of interest in society. Nevertheless, it must be made clear from the start that in emergency architecture, many conventional fe