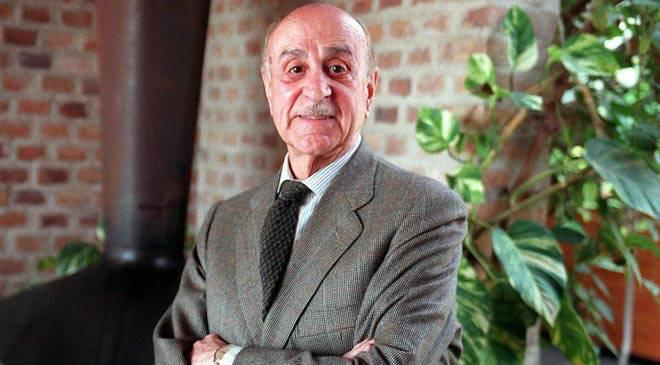 Though on the list of those who have earned this distinction he will appear as the 2002 laureate, it has been in 2003 when the jury of the National Architecture Award of the Ministry of Public Works has decided to honor Miguel Fisac. In this way, the Spanish architect picks up in the last period of his career a prize created in 2001 (the first one to receive it was José Antonio Corrales) and worth 30,000 euros, that aims to point out the technical, aesthetic and social contributions of a professional biography, and that of Fisac is rich in constructive and formal innovations. His technical intelligence and aesthetic refinement have produced some of the most distinctive buildings of the Spanish architecture of the second half of the 20th century: the church of Santa Ana (1958-1959), the Center for Hydrographic studies (1959-1960) or the Jorba laboratories (1965-1967), pulled down in 1999, belong to his later years, dominated by the research on structural concrete. Now 90 years old and still at work, Fisac has just finished a theater in the Sevillian town of Castilblanco de los Arroyos and a sports pavilion in Getafe (Madrid).

Antonio Fernández Alba Critical of the “market determinism” and disappointed with the haste and mediocrity which currently characterizes the profession, Fernández Alba received the 2003 National Architecture Award in recognition of his professional

Since 1932 the Spanish Government has given the National Award for Architecture, which has gone through many ups and downs and changes of direction over the years. Since 2001 it has been bestowed not upon a work, but upon an entire career, and since

Matilde Ucelay  The first woman to become an architect in Spain is also the first to win as important a prize as the National Architecture Award. The excellence of her work aside, this assertion of the figure of Matilde Ucelay Maortúa applies to