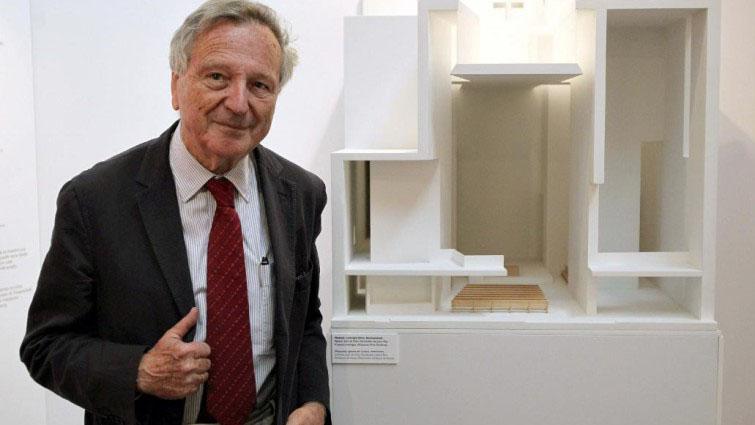 The only Spaniard to have received the prestigious Pritzker Prize, Moneo was bestowed with this Gold Medal by the Spanish Council of Architectural Associations in the award’s 25th year of existence. After receiving a degree in architecture from the Madrid School in 1961, he spent two years in the studio of Jørn Utzon before receiving a scholarship from the Spanish Academy in Rome in 1961. These two experiences, Scandinavian and Italian, have influenced a large part of his extensive body of work, defined by the sobriety of materials, geometric strength, and sensitivity towards the contexts in which his buildings are found. The jury also placed great value on the fact that he has been teaching since 1966, first at Madrid’ s School of Architecture, later in Barcelona, and since 1995 as a professor in the Graduate School of Design at Harvard, occupying the Josep Lluís Sert chair. Internationally recognized for projects such as the Cathedral of Our Lady in Los Angeles, he has also had several recent works in Spain: the José Beulas Foundation in Huesca, the Bank of Spain building in Madrid, and the expansion of the Prado Museum.

Rafael Moneo now holds Spain’s National Award for Architecture, a yearly honor bestowed by its Public Works Ministry in admiration of professionals who have contributed in an extraordinary way to the enrichment of the social, technological, and susta

Rafael Moneo “Being an architect is one of the most attractive ways to be in the world”. The one speaking in such terms is Rafael Moneo, honored by the RIBA with its Royal Medal. At 67, Moneo preserves his passion for architecture and teaching – jobs

Rafael Moneo Rafael Moneo probably sees awards from a certain distance now, but it is still great news that the most influential Spanish architect has been honored in 2017 - year in which he turned 80 - with an award as important as the Praemium Impe

At this point of his career, Rafael Moneo probably looks upon awards and distinctions with a certain distance. But it is definitely still good news that Spain’s most influential architect, at 80 years of age, continues to garner international recogni

Nendo Ryue Nishizawa   Japan   This work is the result of the collaboration between Ryue Nishizawa and Nendo studio. The wood pavilion nicknamed ‘roof and mushrooms’ is located on a hillside of the University of Art and Design in Kyoto, inviting students to seize this inspiring na