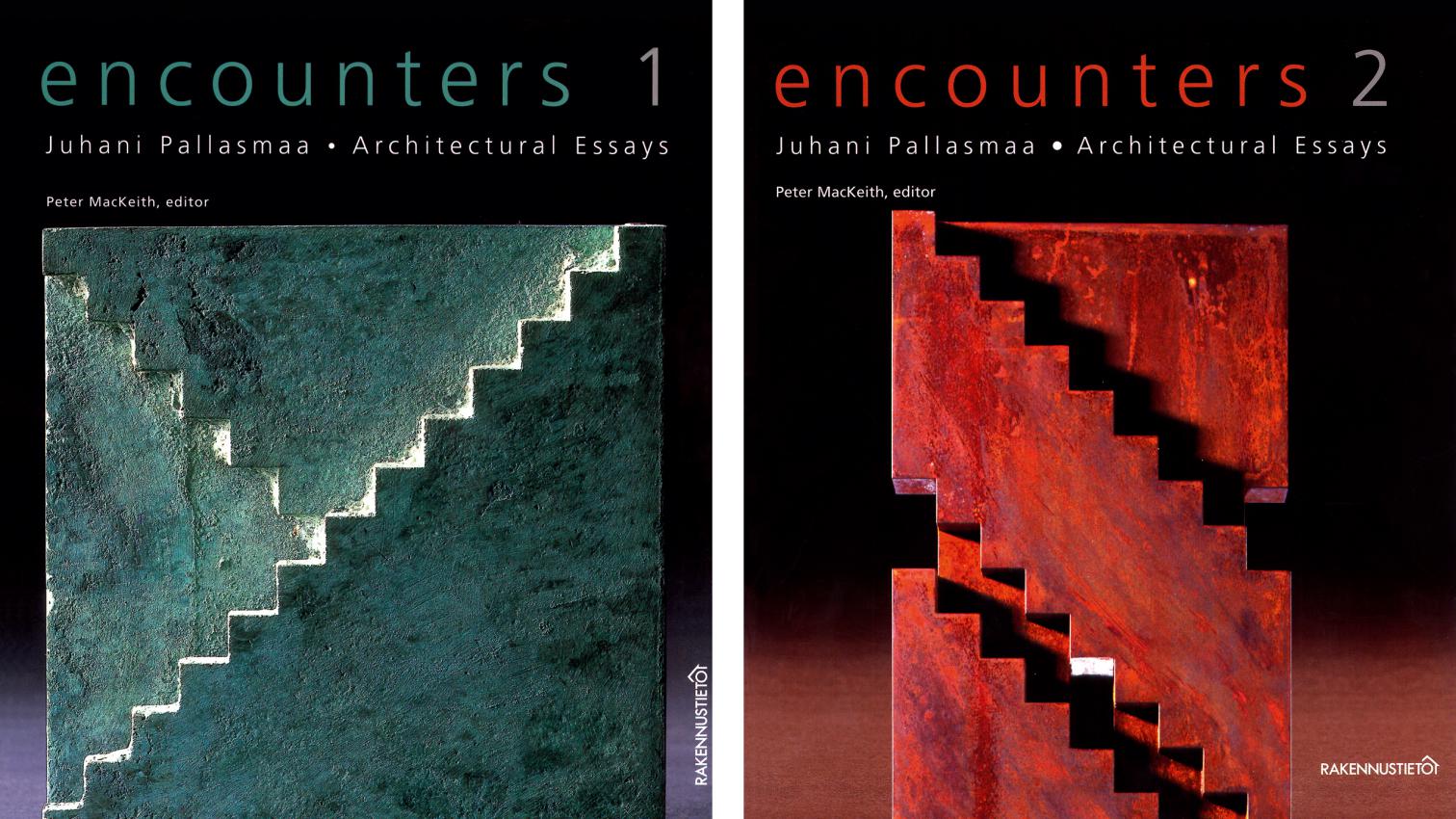 “The hand is the window on to the mind.” Kant’s remark suggests that there can be no ideas without objects, just as there can be no architecture without matter and fingers to caress it. The world touches us: Juhani Pallasmaa has devoted his entire career to driving this truth to us, and we are reminded of this by two thick volumes of Encounters, which bind together a good part of the essays that the Finnish architect has written since 1980.

Pallasmaa is a reputed critic: the terms he has helped popularize – ‘phenomenology’ and ‘hapticity’– inform the discourse of the small body of theory written today. His short but brilliant The Eyes of the Skin has been translated to several languages and is compulsory reading in architecture schools everywhere. And he has sat on the Pritzker jury since 2006. But contrary to what the continuity of his ideas for thirty years might suggest, it has not been a linear course. To arrive at the matter of architecture, Pallasmaa first had to fall off the horse.

His trajectory began with militancy in the band of those who, in Finland, advocated a return to the principles of modern rationalism and prefabrication, and opposed the organicism of Alvar Aalto, however strange this may sound to us today. A fruit of that period was Moduli 255 (1971), an industrialized wooden housing system where Pallasmaa combined the rigor of serialization with a language halfway between Mies and traditional Japanese architecture. The conversion to material and haptic truths would come later, when thanks to Bernard Rudofsky he discovered the villages of the Dogon tribes, and especially after his stint in Ethiopia (1972-1974), where he saw how, far from being just visual, the learning and experience of architecture relied on our sense of touch.

So Pallasmaa abandoned rationalism to return to Nordic tradition at its best, immersing himself in readings of the most durable part of postmodernism: Merleau-Ponty, Bachelard, and Heidegger through Christian Norberg-Schulz, whom Pallasmaa nevertheless hardly quotes.

This is the context in which to grasp the ideas that the Finnish critic has since then defended as academic successes: that architecture is, in Heideggerian manner, the “materialization of an existential space”; that the human body’s relationship with such a space is naive, prereflective, and irreducible to logical discourse; and that architectural experiences are not visual – as the ocularcentrist tradition of the West says they are – but synesthetic and based on our haptic capacities.

Pallasmaa is also credited for introducing phenomenology in architecture, having in 1994 published, with Steven Holl, an a+u issue on the theme. But most of his ideas come from 20th-century German and French philosophy besides architecture theorists like Rasmussen and Norberg-Schulz. Pallasmaa’s allure is not so much due to originality or substance as to his way of disseminating ideas, his sensitivity to current problems, his knack for drawing poetic connections between architecture and other disciplines.

Fifty-one essays grouped under thirteen epigraphs form a mosaic that has as much of the ingenuous about it as it does of resistance to the homogenizing violence of globalization. 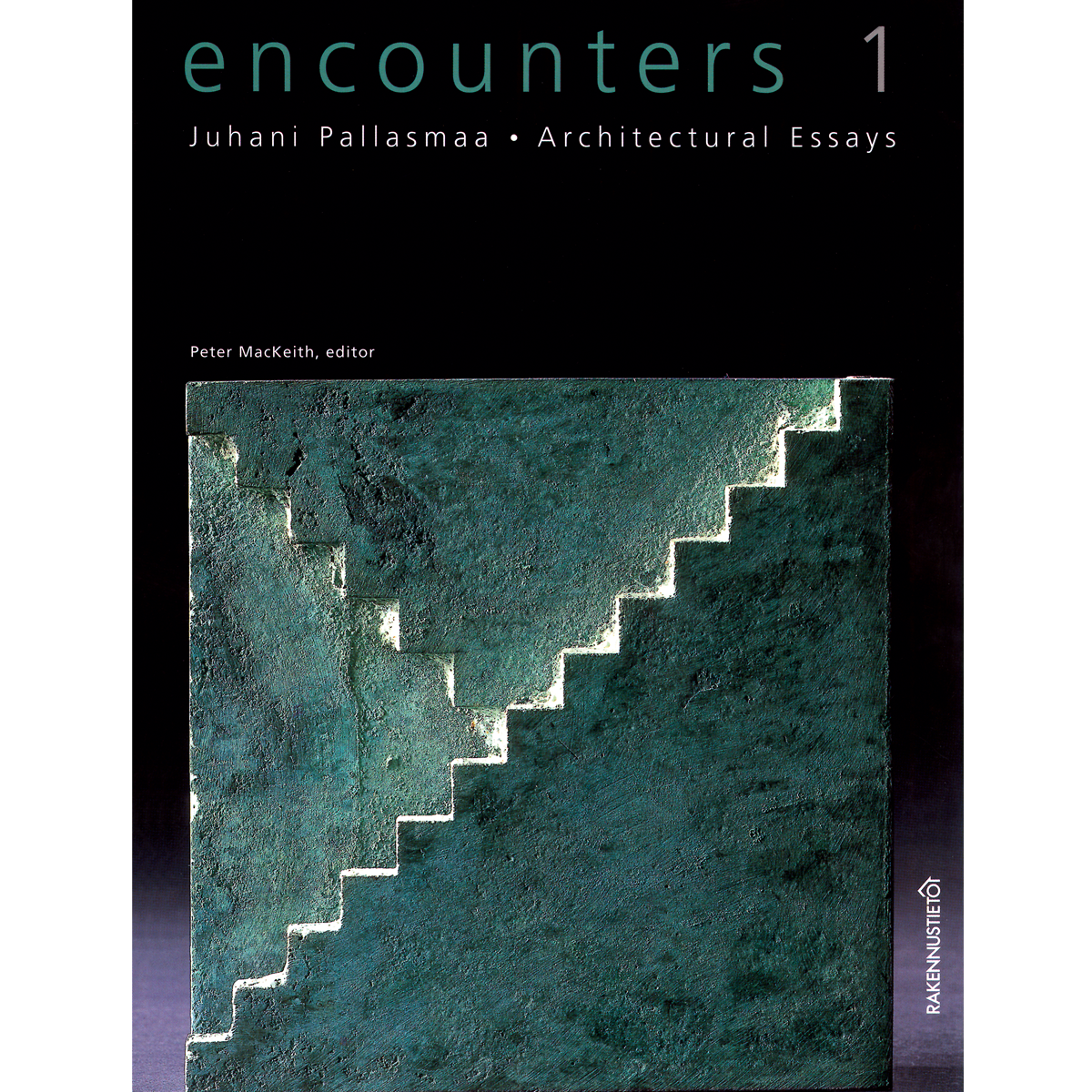 In Defense of Mass

Eduardo Prieto   In opposition to the paradigm of the light, the portable, and the obsolescent, the lessons of mass and inertia offer an alternative aesthetic: that of the heavy, the fixed, and the lasting.

Eduardo Prieto   One attribute of the genius is falling into oblivion. The temporary oblivion to which figures now gracing Olympus descended, from Velázquez to Lautréamont, Borromini to Tesla, and into which also dropped the two blurry architects that two recent book 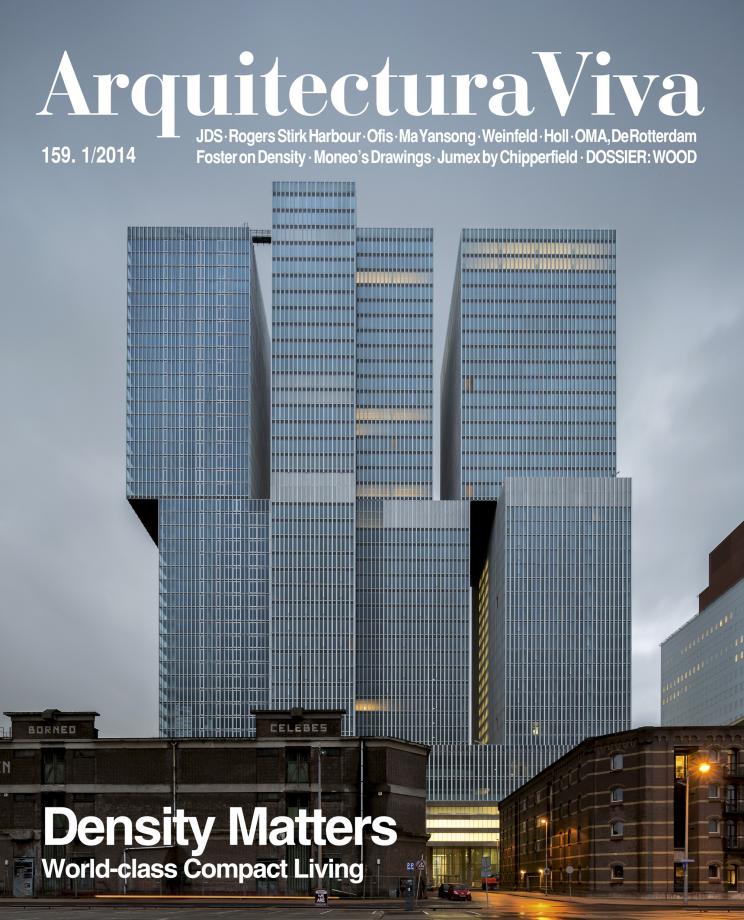