America is suffering from a lack of public toilets 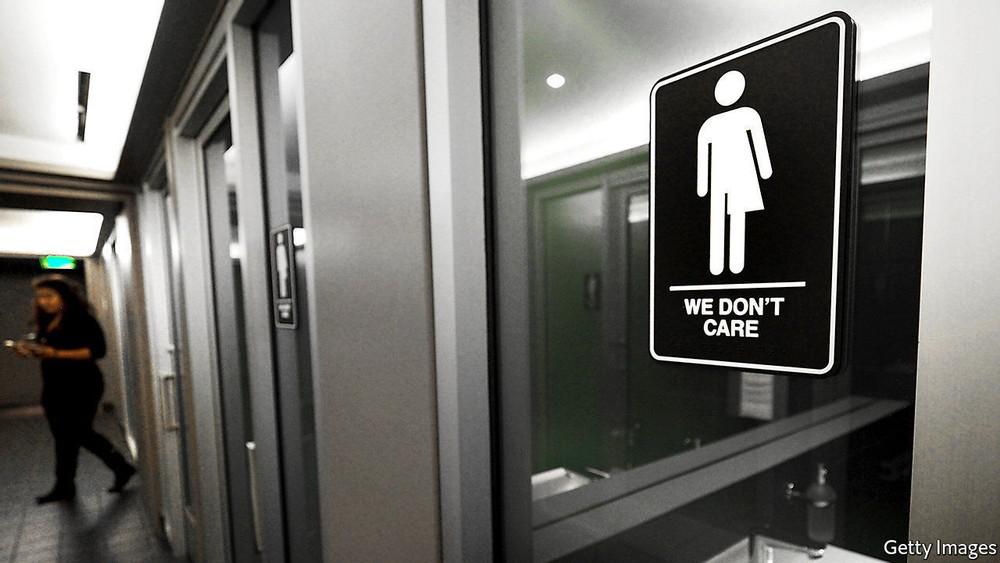 In 2016 a North Carolina law requiring transgender people to use the toilet of their birth sex upset the nation’s stomach. Companies pulled out of ventures in the state, sports leagues called off games and rock stars cancelled concerts. The law was repealed and replaced with one which prevented state and local agencies from regulating who uses which toilet in public buildings, but barred local governments from passing non-discrimination laws blocking private businesses from doing the same. On December 1st that ban expired, meaning that local governments in North Carolina can enact legislation to prevent discrimination against lgbt people.

Thus closes another chapter in the politics of the toilet. The story is a long one. In the 1950s and 60s civil-rights protesters decried “whites only” latrines. An Oakland assemblywoman, Margaret Fong Eu, took a sledgehammer to a toilet wrapped in chains outside the state capitol in 1969 to protest against pay toilets in public buildings, arguing that they placed an undue burden on women because urinals were often free. Activists poured fake urine over the steps of Harvard’s Lowell Hall in 1973 demanding “potty parity”, the equitable distribution of male and female toilets. Grip bars in bathrooms were among the demands of the disability protesters who occupied a federal building in San Francisco for 26 days in 1977...[+]

The Law of Capital

Oliver Wainwright   One thing that’s always been true in New York,” says Dan Doctoroff, “is that if you build it, they will come.” He is referring to Hudson Yards, the $25 billion, 28-acre, mega-project that he had a critical hand in originating while he was deputy mayo

When the Twin Towers of the original World Trade Center in downtown Manhattan were felled by fundamentalist fanaticism, many augured the end of high-rise construction. But the stubborn economy always contradicts predictions and soon came two new wave

When the giant financial services firm Lehman Brothers Holdings filed for bankruptcy in 2008, few in New York imagined that the worst financial crisis of the century would coincide with a skyscraper construction boom comparable even to the one that i