The Autopoiesis of Architecture 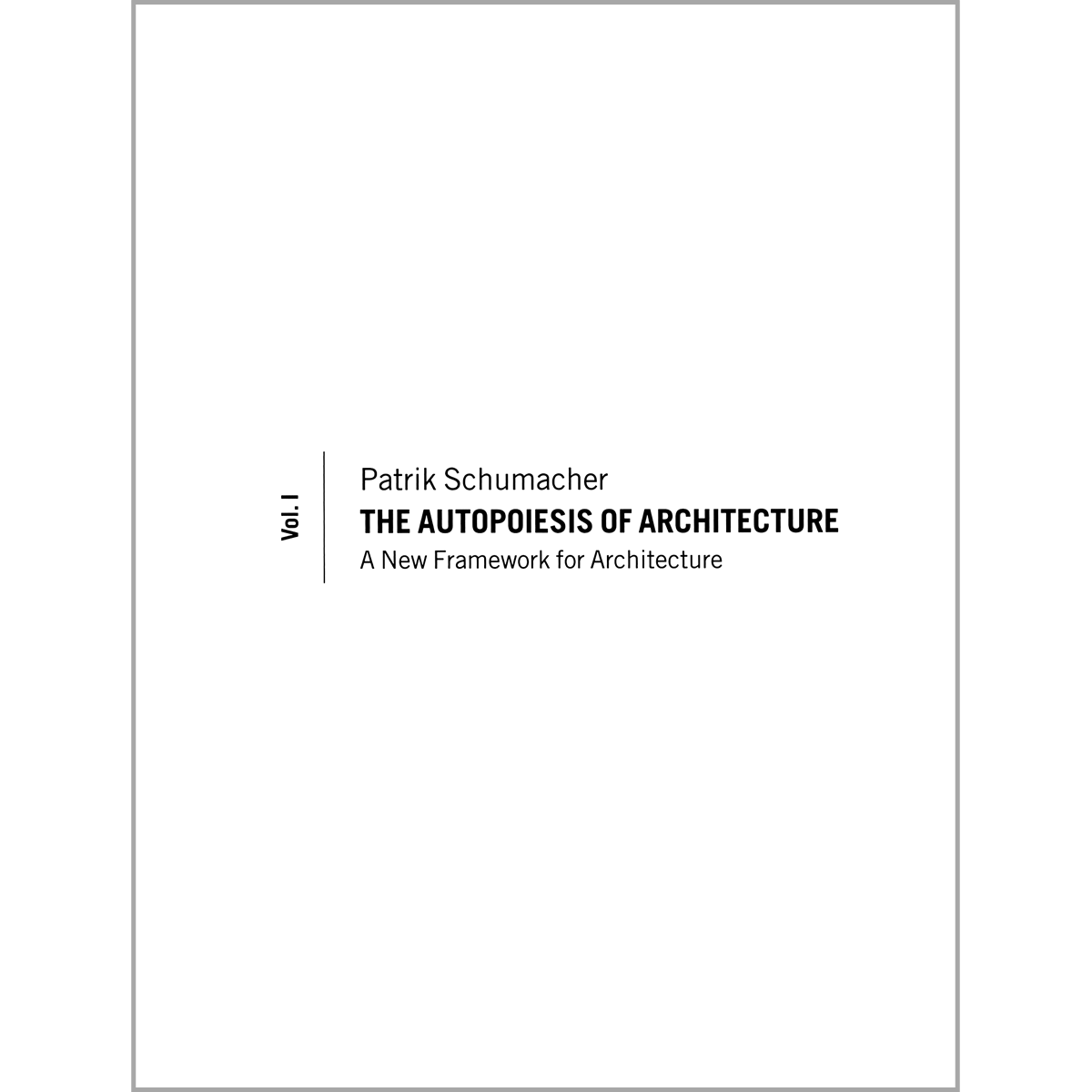 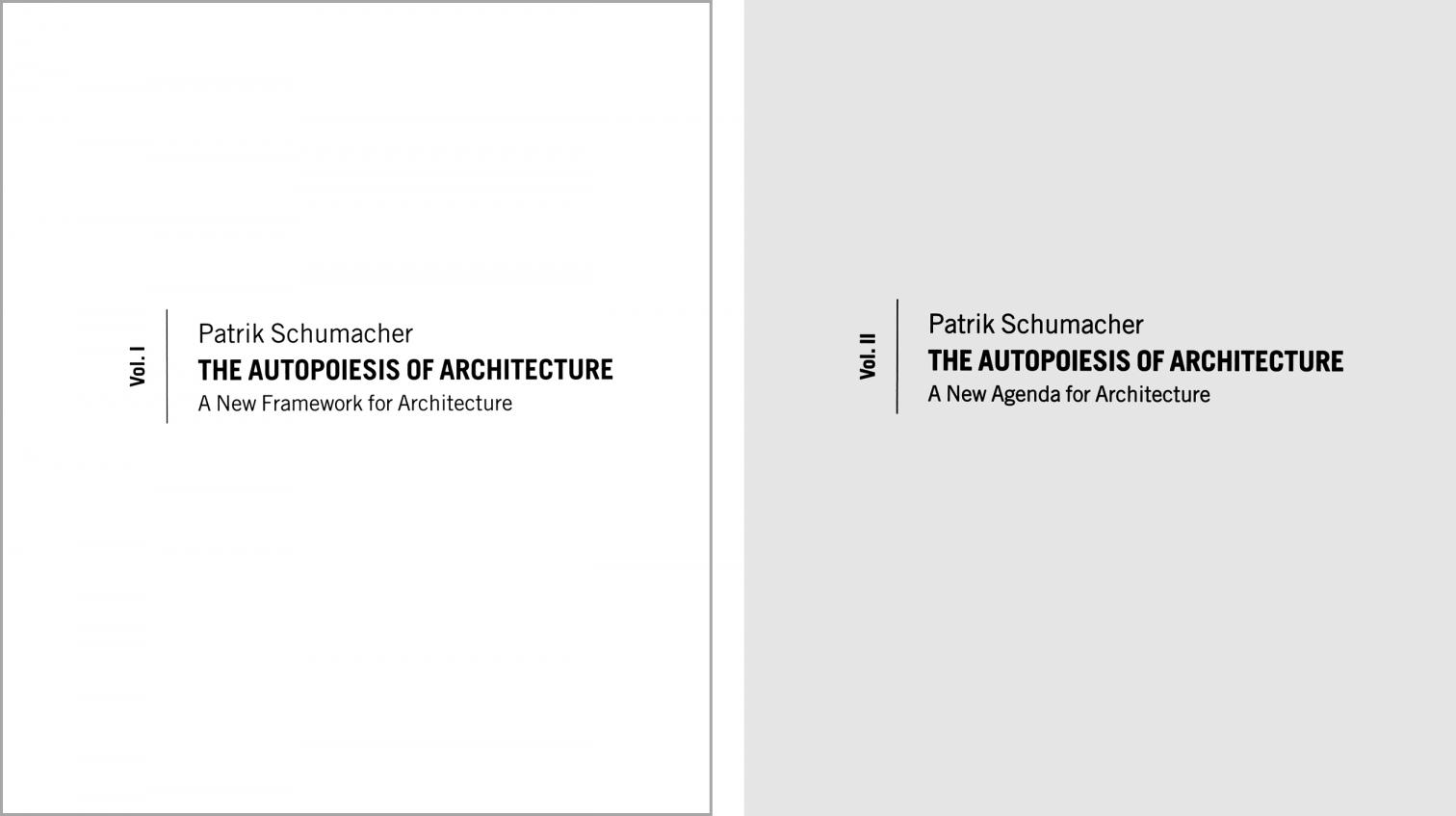 What Nietzsche said to the effect that the purpose of philosophy lies in its going againt the current in an inopportune way could be relevant to Patrik Schumacher’s The Autopoiesis of Architecture, a book that is inopportune in length – 1,234 pages of small print divided into two scantily illustrated volumes –, in form – a treatise of the old school – and in content, trying to be an integral theoretical system of architecture.

A succession of theses commented on at great length and in strenuously abstract terms, the book’s intellectual crust is nonetheless spread over a simple core: the idea that architecture is a closed and self-referential communication system which constructs itself and evolves like a living thing. Hence the term ‘autopoiesis’, coined in the 1970s by the Chilean biologists Humberto Maturana and Francisco Varela before the German sociologist Niklas Luhmann incorporated it into his theory of systems.

The latter is the intellectual structure adopted by Schumacher, who updates the old debate on architecture’s autonomy to put himself on the side of those who do not subscribe to the nowadays so commonly taken for granted fusion of disciplines. The author maintains that architectural autonomy always depends on an intellectual discourse that sets the limits of the ‘system’ with respect to those of the ‘environment’. Without theory, therefore, there would be no architecture, as it is theory that makes it possible to separate the wheat from the chaff, or ‘design’ from what is simply ‘construction’. The corollary, then, is that before the Renaissance – the period when the ‘author’ first appeared, and with that, theoretical discourse – ‘architecture’ did not exist; it is the ‘intellectual’ who makes construction a cosa mentale.

After postulating this arbitrary big bang – which has the result of dumping all authorless buildings, meaning almost all architecture, into a black hole –, Patrik Schumacher picks up the old theory of the avant-gardes and stuffs it with science philosophy, in the manner of T. S. Kuhn, to then rather unoriginally proclaim that autopioesis consists in an evolution of ‘styles’ determined by the opposition between the progressive avant-garde and reactionary academy, and that it takes place in ‘revolutionary leaps’, the last of which corresponds to contemporary architecture.

That this suffers an evident stylistic disintegration does not prevent Schumacher from devoting 773 pages of the second volume to sketching a new normative agenda through a tedious development of theses and comments that decontextualize notions taken from sociology and philosophy, and all this to arrive at a predictable conclusion: the parametricism is the “style of our times”. In this way, what was intended to be an inopportune theory of architecture ends up becoming just operative critique justifying a given praxis or poetic, in this case that of buildings Schumacher executes with his partner, Zaha Hadid, and the importance of the The Autopoiesis of Architecture lies less in what it says than in what it shows: the exhaustion of architectural theory.

El País   Luis Fernández-Galiano   Jacob will never forget the day Rem Koolhaas introduced him to the pleasures of meat. The son of the director of the Seattle Public Library had decided to give up his vegetarian diet and the architect treated him to dinner at Wild Ginger, ordering al

Peru experienced a period of economic prosperity starting around the year 2000, thanks above all to the boom in construction and the strong growth of the mining industry, which brought about a drastic transformation across the country, reaching both

Kengo Kuma   Japan   Considered as a turning point in Kuma’s way of designing, this guest pavilion located in Atami offers a reinterpretation of Katsura Palace, a masterpiece of traditional sukiya architecture, and was influenced greatly by the Hyuga Villa, the only proj

Álvaro Siza   Spain   A small tribute to the quality of life in Cornellá”. That is how the project for the new sports center is defined, conceived not only for its adequacy to achieve the desired balance between housing, retail areas, green spaces and other facilities so 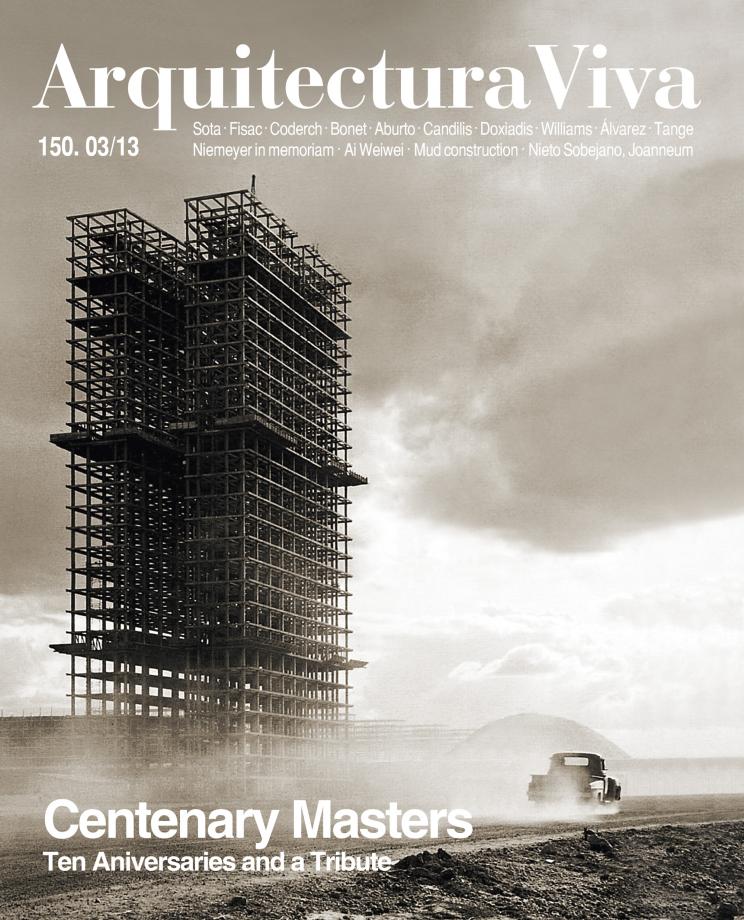