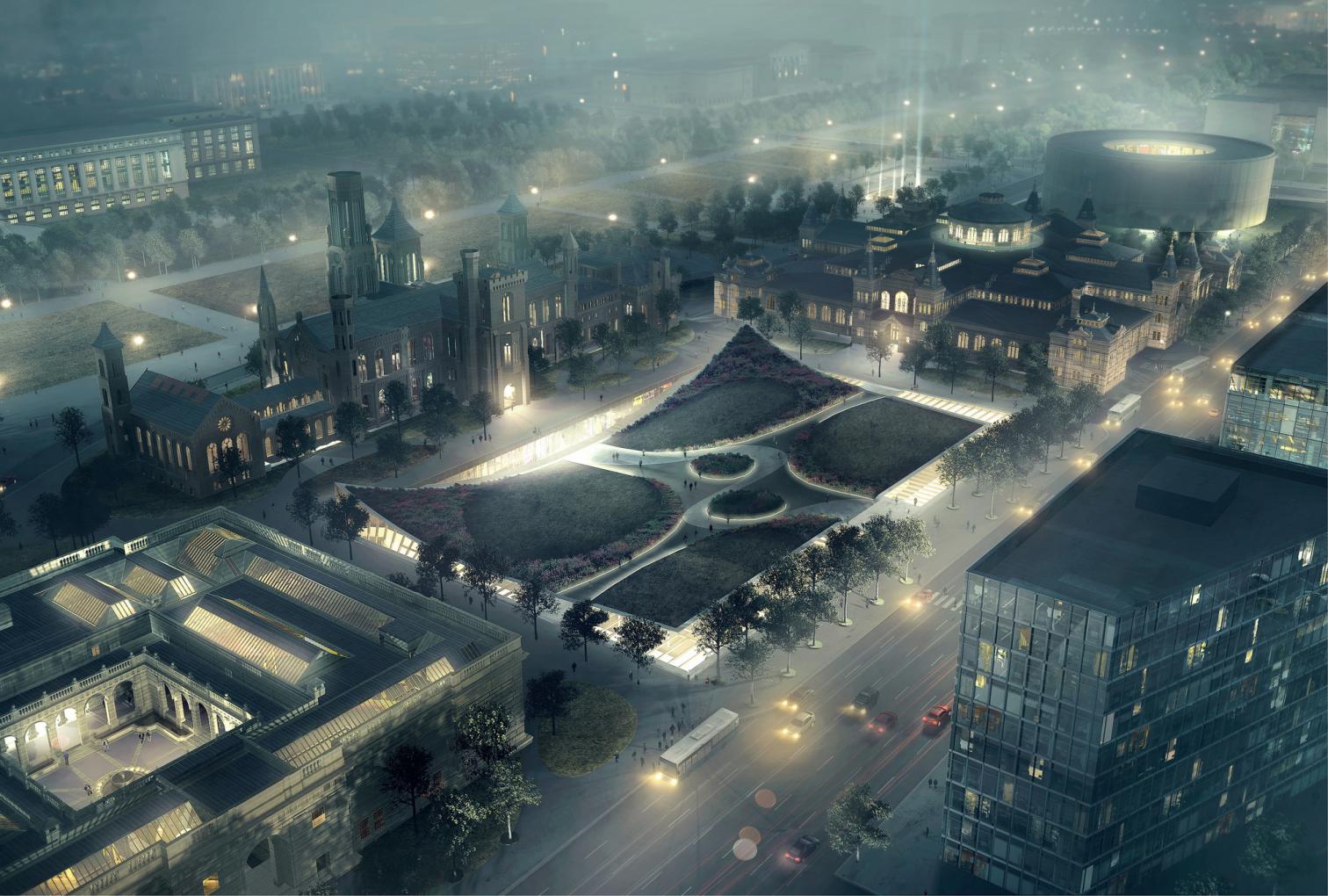 The organization announced that it would abandon elements of its ambitious redesign, opting for a more modest approach.

Complete with an ambitious expansion of its 19th-century red administration building, the Castle, that would have added dining, retail and restrooms, and new National Mall-facing entrances to the National Museum of African Art and Arthur M. Sackler Gallery, the concept designs for its south campus were unveiled with great fanfare in 2014. The first phase, which included repairs to the exterior of the Hirshhorn Museum, was already underway.

But on Wednesday, the organization said its master plan would no longer include any of those elements, and had instead been revised to focus on restorations to the interior and exterior of the Castle, and interior and underground improvements to the Arts and Industries Building, which has been largely closed since 2004 for renovations.

Designed by the Danish architect Bjarke Ingels, the original blueprint would have dramatically reshaped the 17 acres surrounding the Castle into a visitor gateway over the next 20 to 30 years, with construction set to begin this year. It would have relocated the loading dock to expand the garden behind the Castle and added a shock-absorbing dish below the building for seismic protection.

The New York Times   Sarah Bahr   Philip Johnson was one of the most influential architects of the past century, chameleonic in each of his roles as a New York power broker, art collector and creator of his “Glass House,” a celebrated landmark of modernist design in Connecticut. He a