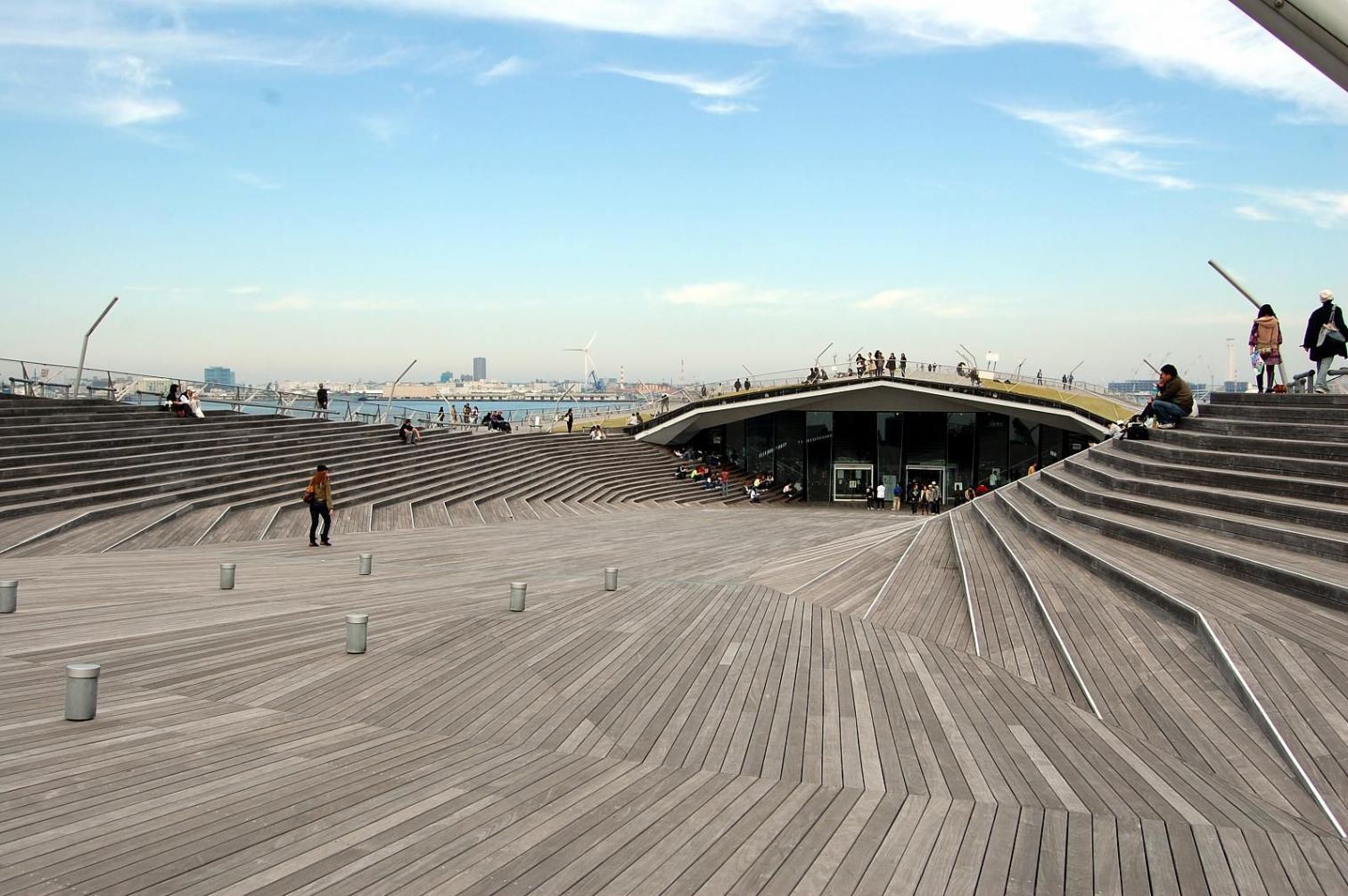 Housing in Santiago, Terminal in Yokohama

Presided by Antonio Ortiz and formed, among others, by Rafael Moneo, Carlos Ferrater, Luis Fernández-Galiano, Francisco Mangado and Javier Revillo, the jury of the VII Biennial of Spanish Architecture evaluated a total of 254 buildings, choosing the two winners from a selection of 22 finalists. The prize of the Biennial went to the small housing complex Carme de Abaixo, in Santiago de Compostela, built by the Madrid architect Víctor López Cotelo starting from the remains of an old dairy farm; and the prize Enric Miralles to works by architects under 40 years of age went to the sea terminal of Yokohama, by the London-based Spanish architect Alejandro Zaera with Farshid Moussavi. Radically different in program, scale and budget, both projects share, however, a landscapist orientation: while the Galician houses are arranged in accordance with a terraced topography in a privileged point of encounter between the historic center and the countryside, the sea terminal is conceived as an undulating landscape that extends over a wharf the spaces for leisure of a neighboring park.

MDW-architecture Jean Nouvel   Belgium   The result of an international competition held in 2011, the project drawn up by Jean Nouvel in collaboration with the Brussels office MDW Architecture – Marie Moignot and Xavier De Wil – includes the new police headquarters of Charleroi and the exte

Poland   The new Terminal 1 of Frédéric Chopin International Airport in the Polish capital has been inaugurated, following works carried out by the Spanish office of Carlos Lamela. With capacity to serve 12.5 million people a year, the concourse has been reno

Frida Escobedo   Mexico   La Tallera Siqueiros is a museum, workshop, and artists’ residence built on and around a 1965 construction that was the home and studio of the muralist David Alfaro Siqueiros in the final years of his life. A space for art production and criticism, i

OMA - Office for Metropolitan Architecture   France   With its 155,000 square meters, Toulouse’s new exhibition and convention center, known as MEETT, rises on agricultural land on the edge of the French city, close to the airport and the huge Airbus factories that are an engine of the regional and nati

Roldán + Berengué   Spain   The old textile complex is being recovered to join the Barcelona Art Factories network, adding 28,000 m² of public space and, for the first time in this type of intervention, of social housing. Built in 1905 to store thread, the warehouse is 100x15

Sergio Baragaño   Spain   The Madrid firm of Sergio Baragaño has built this house in the mountains for an English landscape gardener and his family. The clients, enamored of Asturias, were involved in the design from the start, opting for an industrialized second residence th

School of Architecture in Granada

Víctor López Cotelo   Spain   Located in Realejo, on the southeast end of Granada’s historic quarter, the new School of Architecture goes up in an architectural complex that was once a Military Hospital. This large block, which took shape throughout a long period of urban transfo