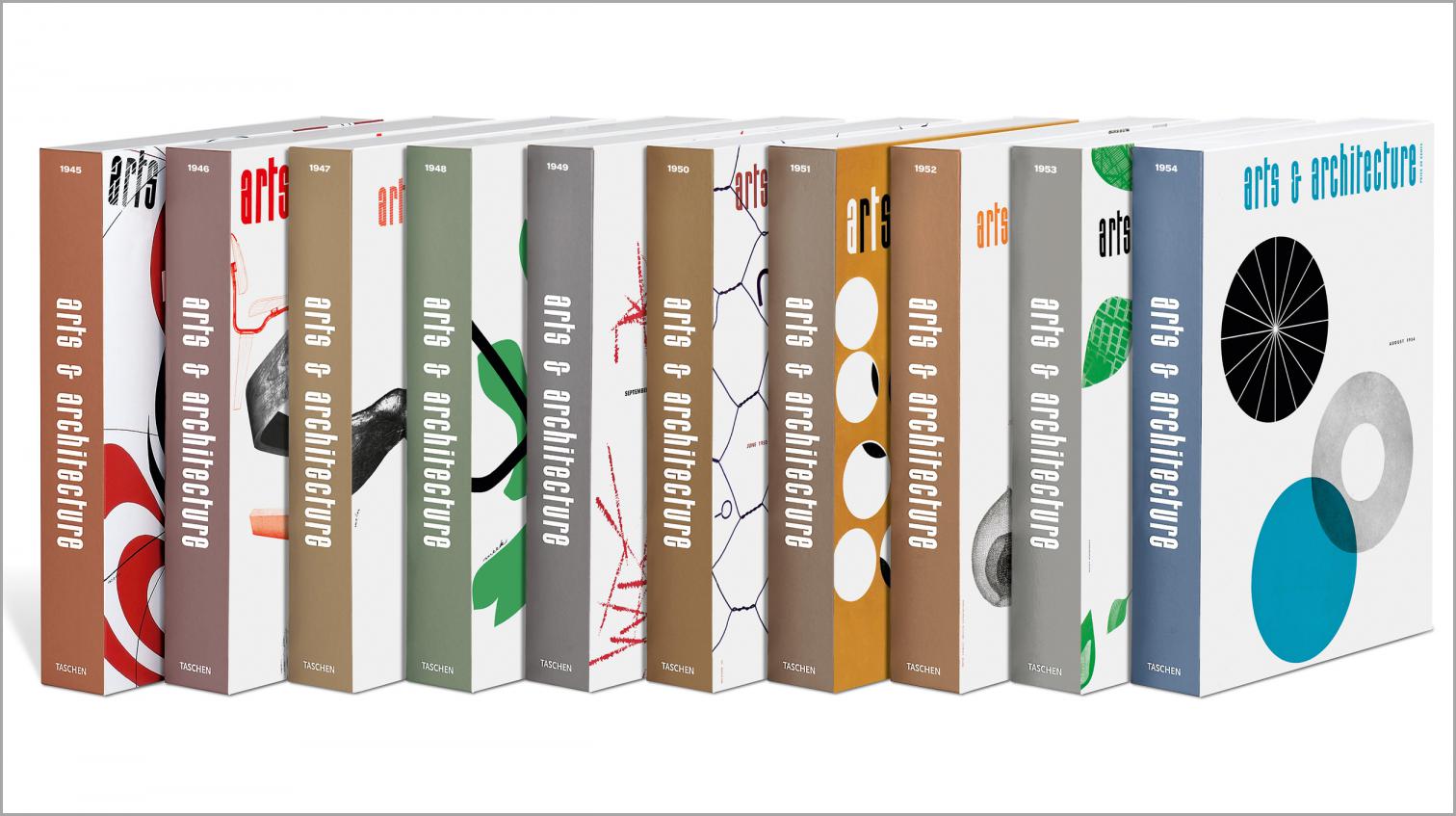 “A legendary magazine of the West Coast.” Thus begins the foreword to the facsimile reprint – in ten volumes and 6,076 pages – of Arts & Architecture, the California magazine published from 1945-1954 and since recently available in ‘pocketbook’ form as well: a hardback with a very personal selection of the editor, Benedikt Taschen. The project follows other publishing adventures, such as the reprinting of twelve Domus issues released between 1928 and 1999, a reinforcement, if possible, of Taschen’s commitment to architecture.

The truth is that Benedikt Taschen can well afford it. Founded in 1980 in a small Cologne store where Taschen sold second-hand underground comic books, the publishing house now has 200 employees distributed worldwide. Its success owes to an unexpected and very profitable diversification of themes, evident in a catalog where cerebral monographs on Thomas Ruff and grueling compilations of material on mythical films come with coffee-table volumes and hardcover tomes flaunting titles like The Big Breast or The Big Book of Pussy. Diversification applies as well to formats: exquisite art-house books on Zaha Hadid or Kengo Kuma beside more than worthy pocketbook editions of these same architects as well as classics like Le Corbusier, Mies van der Rohe, Frank Lloyd Wright, and many others. And diversification also means prices. Take the case of the A&A facsimile we are talking about: the collectors’ edition costs 500 euros, the single-volume compilation, 50 euros.

But why a reprint of Arts & Architecture? In the book’s foreword, one of the magazine’s editors, David Travers, recalls something affirmed by a photographer who actually hardly worked for the magazine, Julius Schulman: that A&A“put American architecture on the map” – an opinion also expressed by Reyner Banham when he said that the Los Angeles publication changed the course of European students, who began to look at America instead of Italy.

This could be true. In 1938 the editor-in-chief of A&A at its most glorious moment, John Entenza, inherited a decadent magazine that could hardly compete with such East Coast successes as Architectural Record or Architectural Forum, with print-runs never lower than 40,000 copies. Entenza turned the situation around, and although A&A ‘only’ managed to garner 12,500 subscribers at one point (300 in the Soviet Union), it did become the American journal of renown, thanks as much to the cultural and social approach that Entenza knew how to inject into publishing houses, as to the work carried out by graphic designers like Alvin Lustig or Herbert Matter, manifest in exquisite covers of Dadaist touch, some of them due to artists of the caliber of Josef Albers or Gyory Kepes. But most important was the catalog of authors whom Entenza brought out at a time when only 3% of houses were entrusted to architects: not only masters like Wright, Neutra, or Schindler, but also promises like John Lautner and Charles Eames, young talents like Frank Gehry and Richard Meier, and of course the authors of the famous Case Study Program – Ellwood, Koenig, Soriano – whose manifesto Entenza published in the January 1945 issue and whom he relentlessly supported thereafter.

David Travers warns in the foreword that it is difficult for one who was not there at the time to conjure an idea of the architectural and social fever prevailing in those years. This reprint does much to bring us a bit closer to being able to. 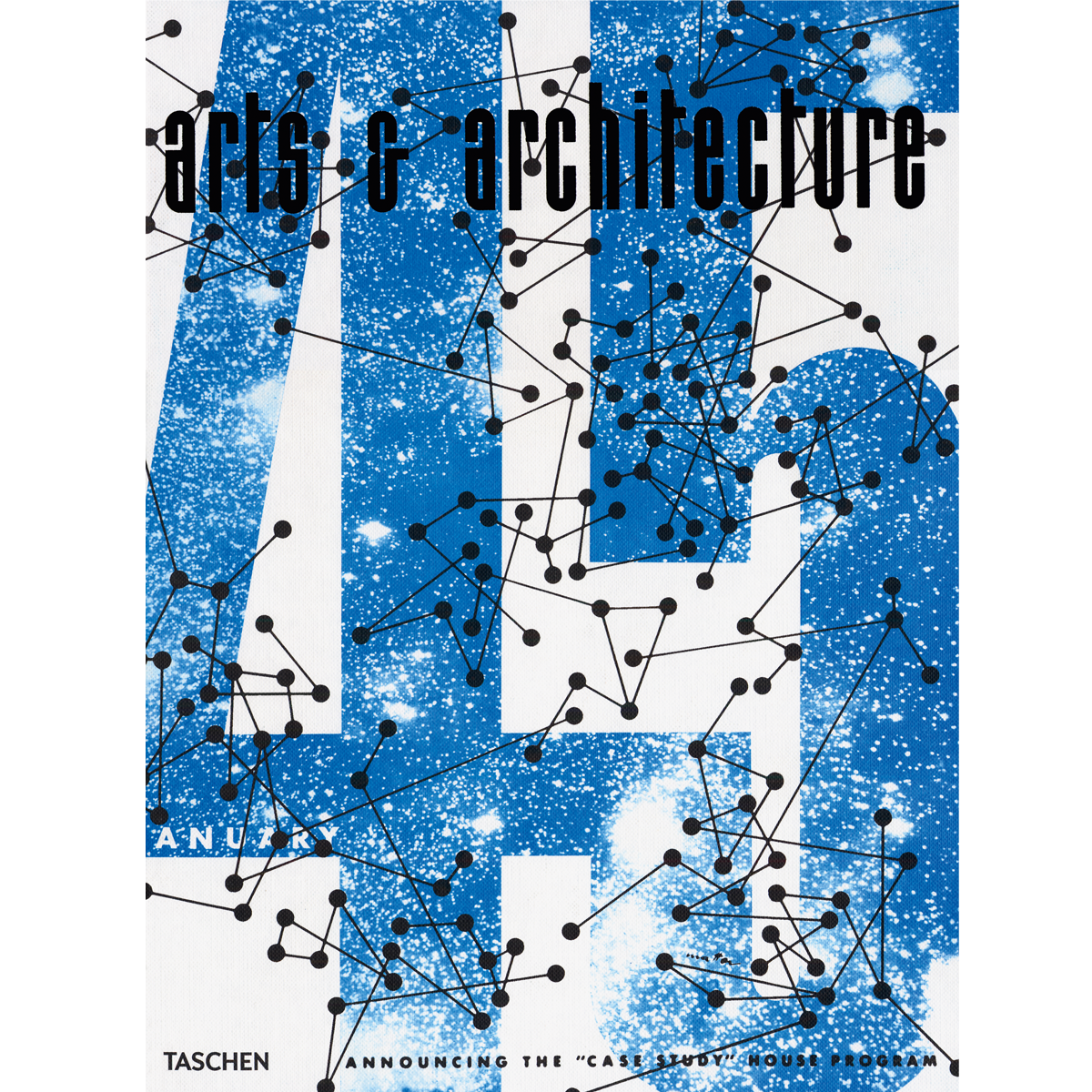 Eduardo Prieto   One attribute of the genius is falling into oblivion. The temporary oblivion to which figures now gracing Olympus descended, from Velázquez to Lautréamont, Borromini to Tesla, and into which also dropped the two blurry architects that two recent book 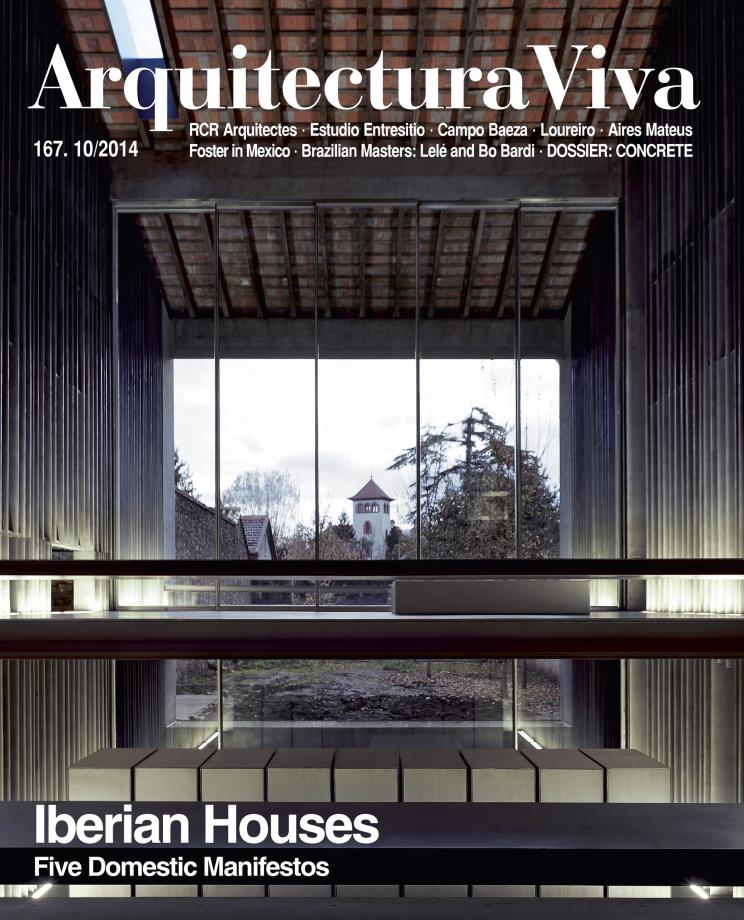