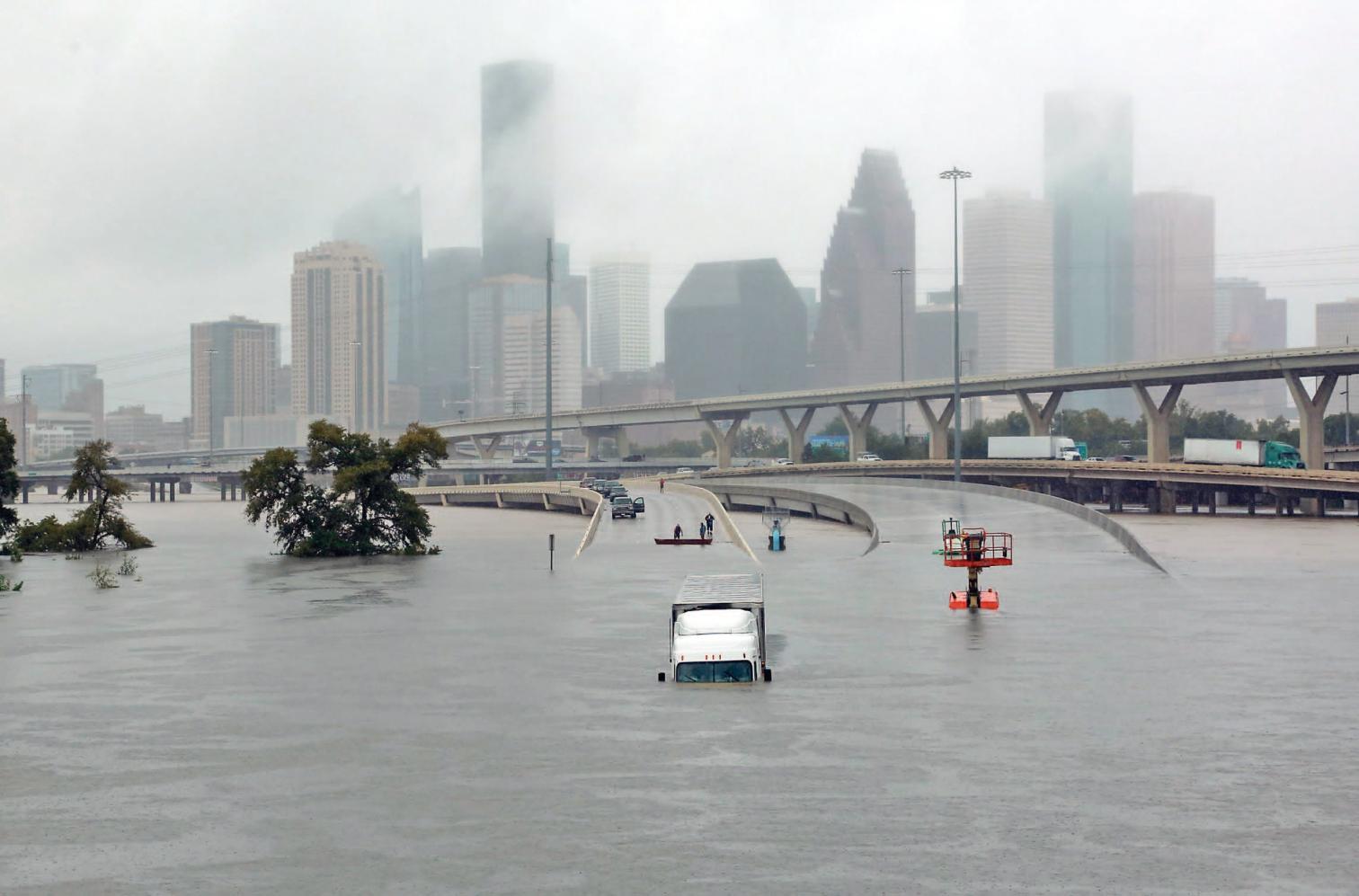 In a liquid world, security dissolves. The sociologist Zygmunt Bauman, who died this year, theorized on the dystopian modernity that the planet now shows. When solid structures are transformed into unpredictable flows, the risk society described three decades ago by his colleague Ulrich Beck become the norm, and nobody feels safe from material catastrophes or geopolitical convulsions. From climate or technology to military or territorial risks, contem-porary societies settle on precarious territories where the only thing sure is change. 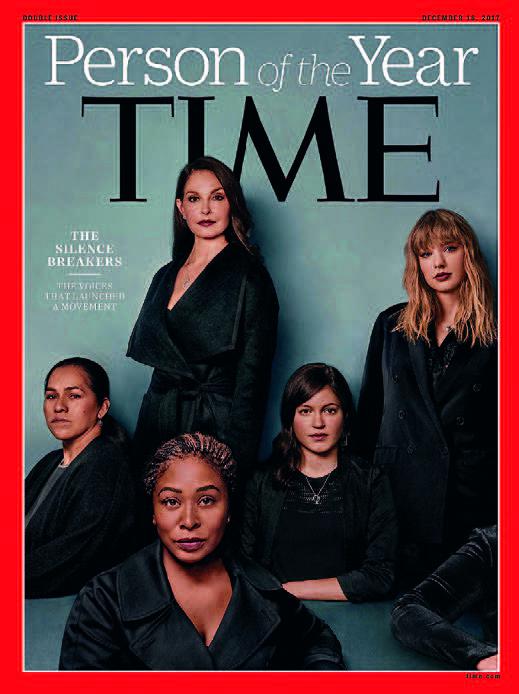 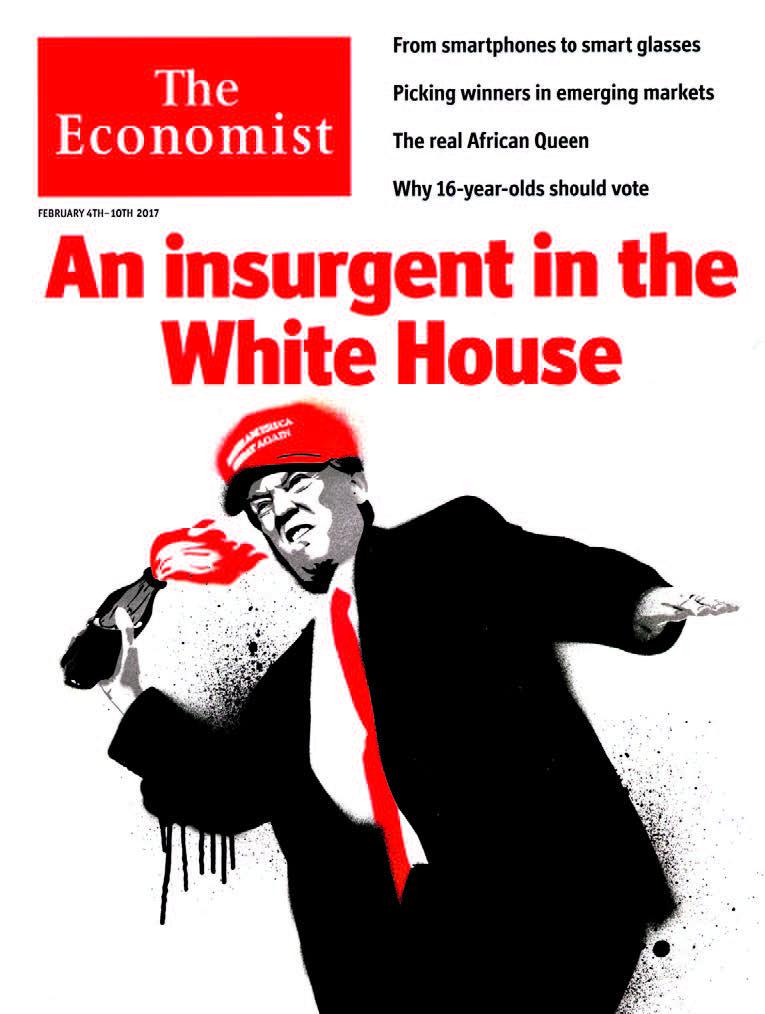 Donald Trump and the ‘Silence Breakers’ made the covers, fires like those of Portugal and floods like those of Houston exposed our fragility, and Catalonia was struck by terrorism and by political conflict.

Beyond the conflicts in Afghanistan, Iran, or Syria, and also beyond the everyday specter of Islamic terrorism, North Korea’s nuclear threat has pushed us to the edge of the abyss; and apart from the catastrophic floods or the devastating fires, the economic, political, and symbolic disputes in cyberspace have opened up a new continent of instablity and risk. From the claimed Russian intervention in the US, Brexit, or Catalan elections to the universal digital supervision or the bubble of virtual currencies, the world begins to look like Black Mirror. In this context where black swans abound, the year brought the #MeToo movement in the United States, saw the consolidation of Xi Jinping in China and Putin in Russia, gave hope to Europe with Macron’s election as French president, and brought tribulations to Spain with the ISIS attack on Barcelona and the defiant hatching of Catalan secessionism. 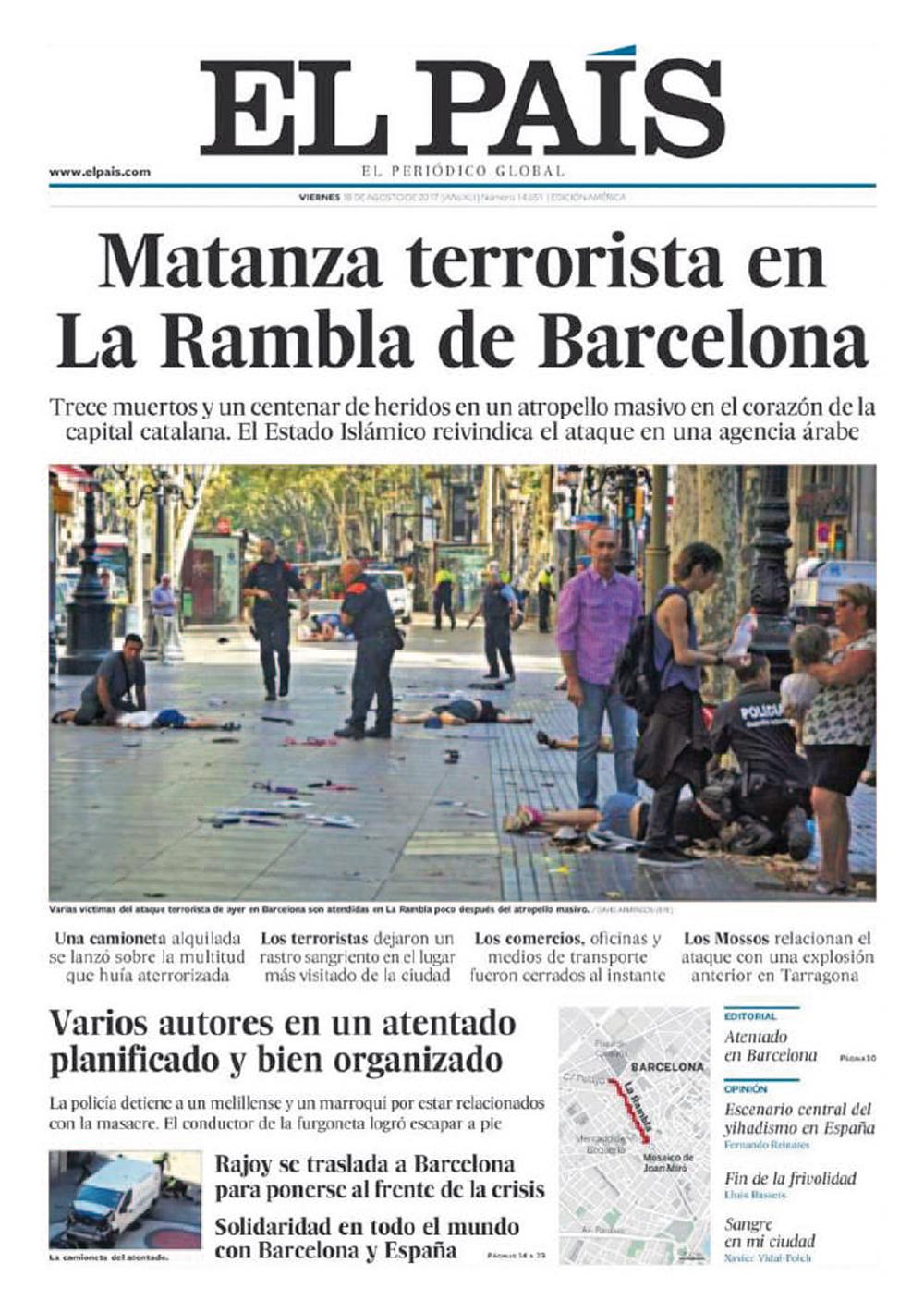 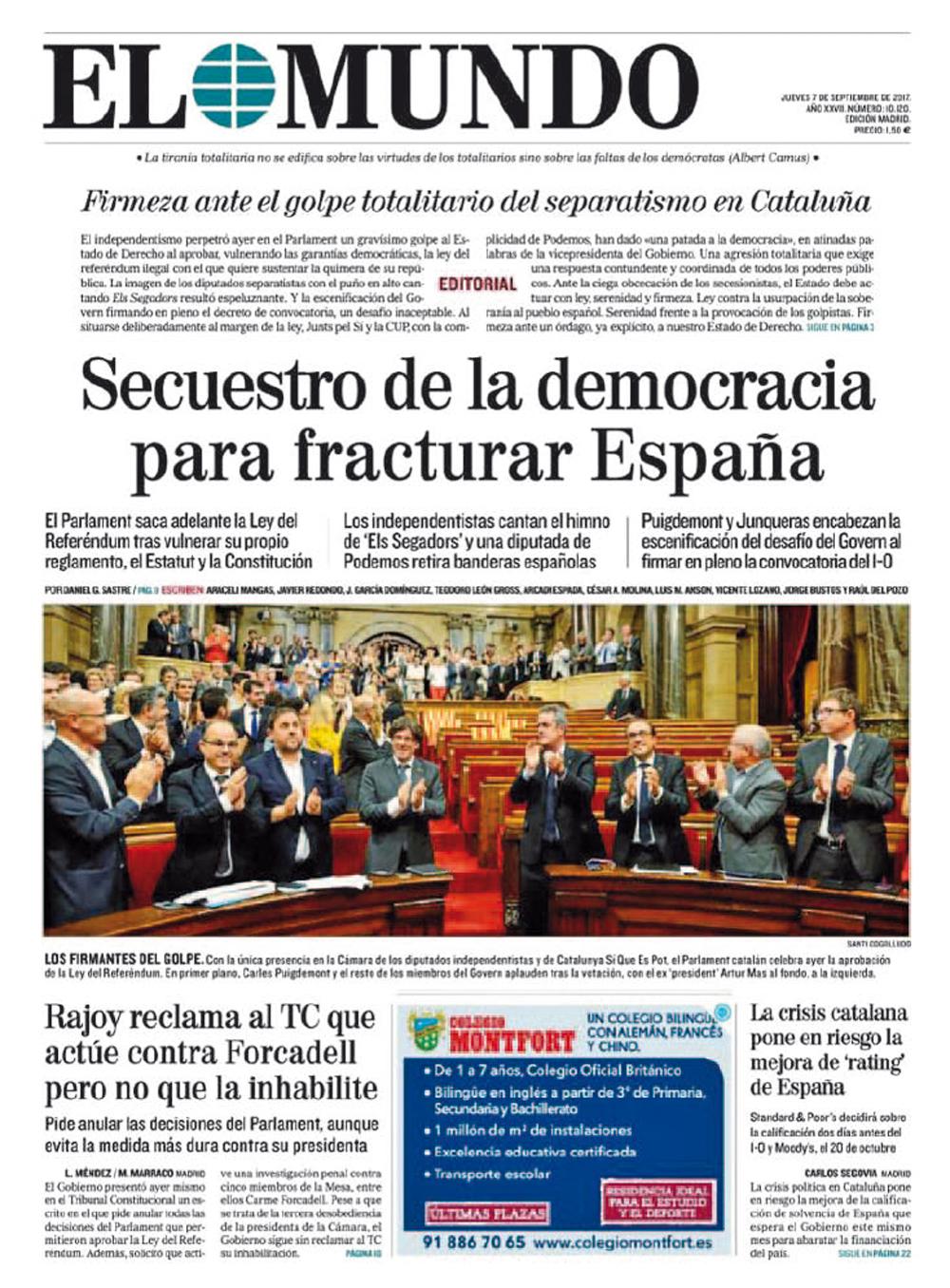 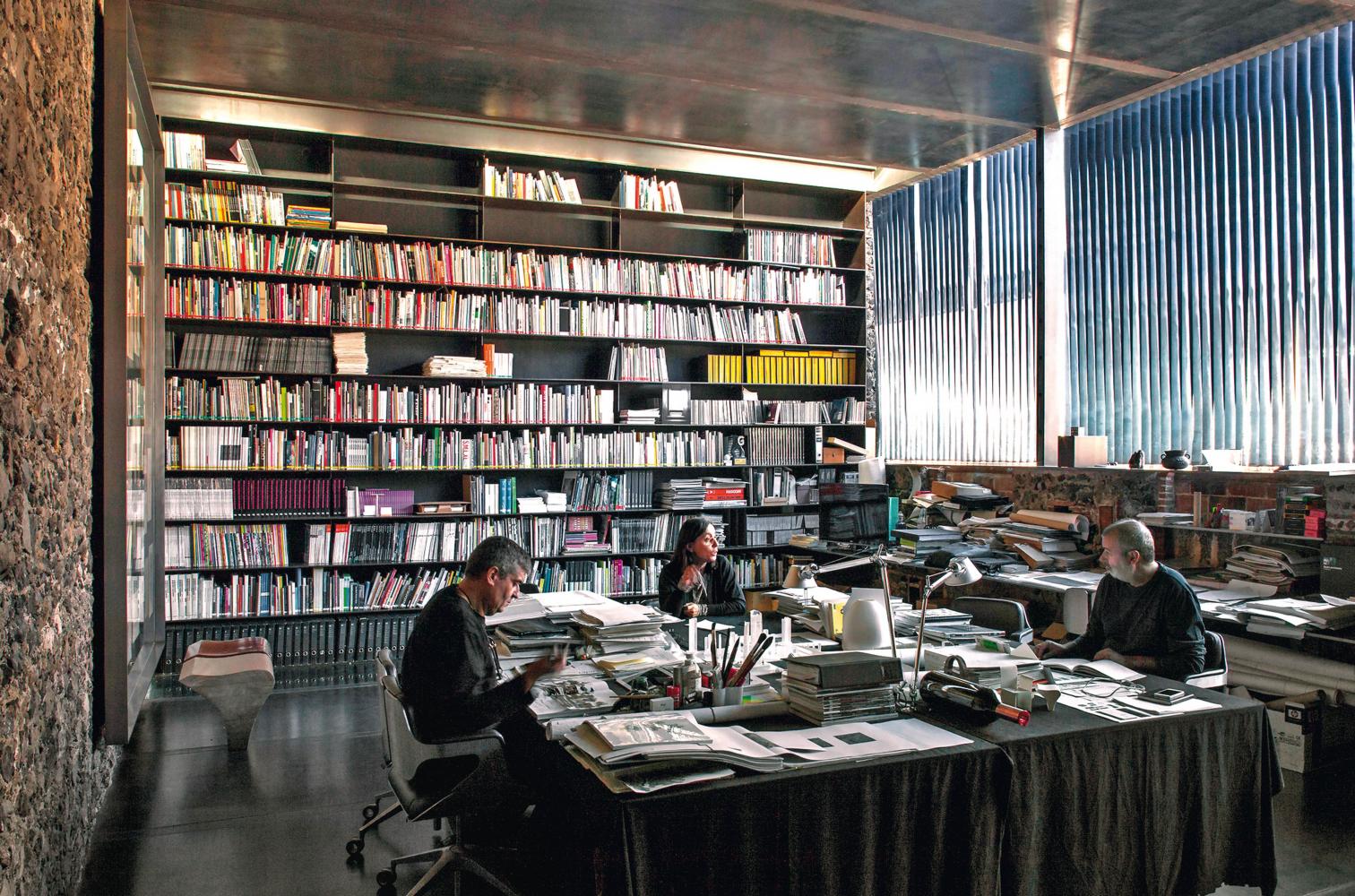 Tangled up by networks under the exponential deluge of data, we are still physical bodies inhabiting material constructions, and this may spell hope for an archaic profession guided by a discipline that upholds continuity and history. But memory, former hardware of any kind of knowledge, is weakened today by lack of exer-cise, information being so accessible and oceanic, and maybe this is why we compensate for amnesia with commemorations: we remember nothing, but celebrate all anniversaries. In our small planet of architecture, the 20 years since the opening of the Guggenheim Bilbao competed with the 40 since that of the Pompidou and the 80 since the World’s Fair in Paris that showcased Picasso’s Guernica in Josep Lluís Sert’s pavilion, while Barcelona celebrates the 25 years that have passed since its Games and its urban transformation, and Holland the 100 years of De Stijl. The centenary of the October Revolution and its constructivist imagery was commemorated critically and ambiguously, while those of the Uruguayan engineer and architect Eladio Dieste and the still happily alive Chinese-American I.M. Pei went rather unnoticed; let’s hope that the four centennials of 2018 – the Dutch Aldo van Eyck, the Danish Jørn Utzon, the Spaniard Francisco Javier Sáenz de Oíza, and the American Paul Rudolph – get the attention they deserve. 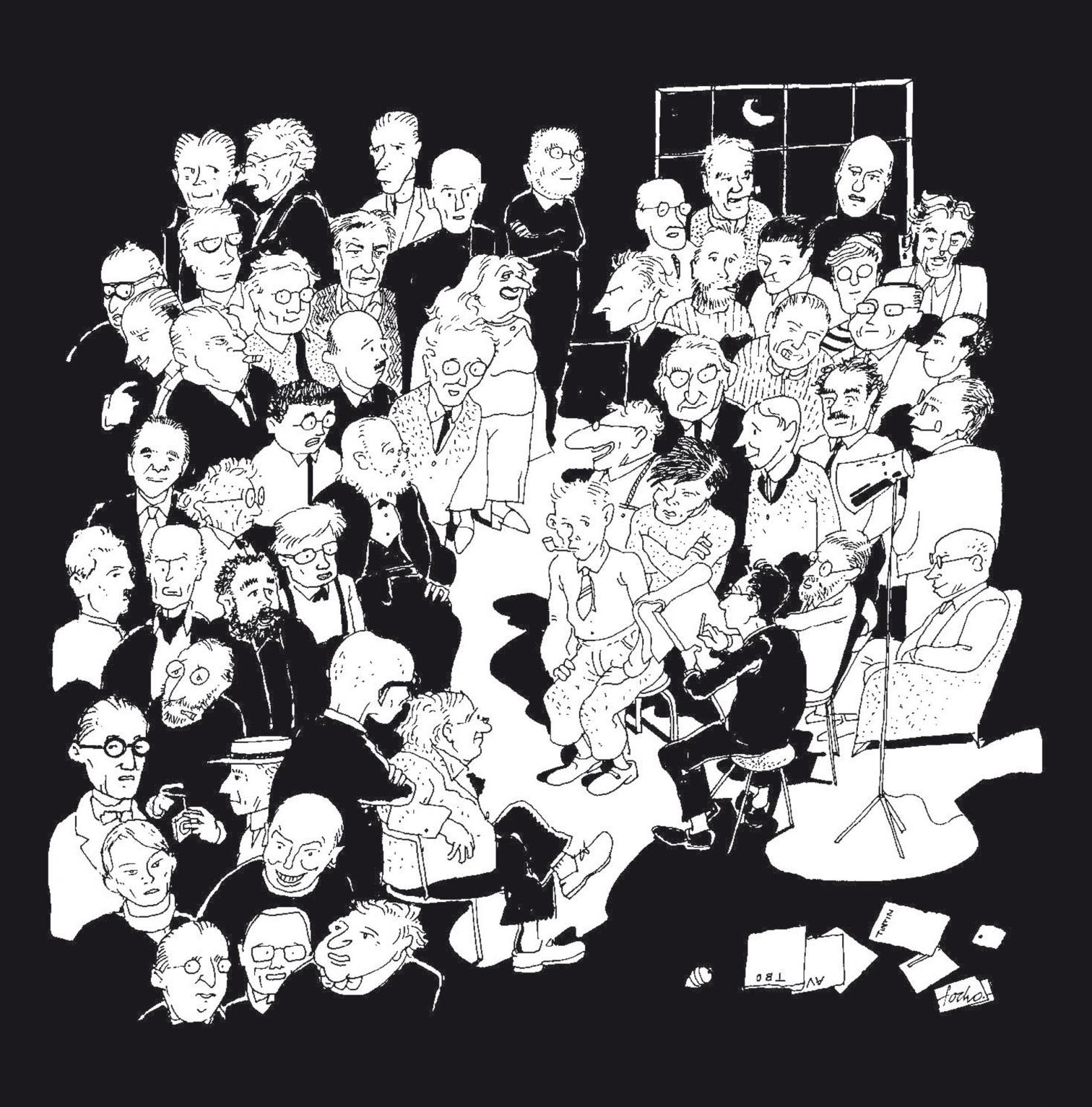 The RCR team received the Pritzker, Foster opened his Foundation and an exhibition in Madrid, and AV and Arquitectura Viva reached issue 200, after more than three decades publishing architecture and architects. 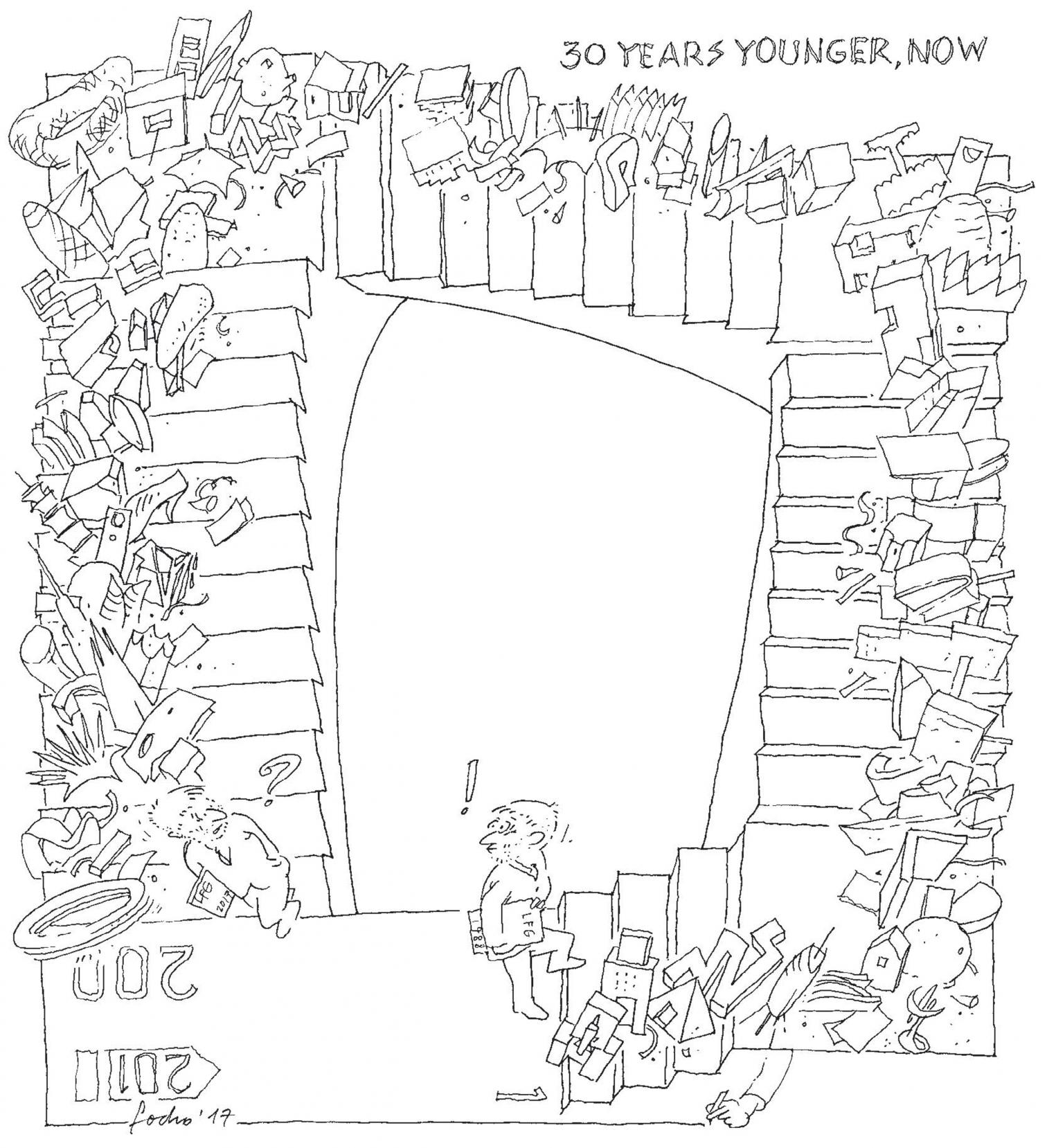 The year gave Spain some happy moments: the three members of the Olot firm RCR – Rafael Aranda, Carme Pigem, and Ramon Vilalta – were in a Tokyo ceremony handed the Pritzker Prize, twenty years after the Los Angeles event where it was given to Rafael Moneo, who for his part celebrated his 80th anniversary bringing home the Praemium Imperiale of Japan and the inaugural Soane Medal; Norman Foster, in a year that also saw him wrap up the headquarters of Apple in California and Bloomberg in London, held an international forum to present his foundation in Madrid, installed in a Beaux Arts mansion to which he has added a refined glass pavilion, and inaugurated at the Tele-fónica Foundation an exhibition threaded by the concepts of future and the common; and Renzo Piano inaugurated in Santander the iconic Botín Centre, his first Spanish work if we do not count the small Luna Rossa base he built in Valencia for the America’s Cup.

And if in the political field the year was marked by the Catalonia conflict and the dramatic divisions created in Catalan society, in the cultural field it was witness to a vigorous blooming of young architecture in that region, which also saw homage being paid, in the form of the National Award, to the veteran Barcelona partnership of José Antonio Martínez Lapeña and Elías Torres. The year’s lights and shadows have been covered by AV and Arquitectura Viva, which simultaneously got to their 200th issue after a journey of over three decades, and we celebrated this milestone with an issue – ‘Two Hundred’ – which proposes an accidental canon: 50 books, 50 exhibitions, and 50 films and photographers of the past fifty years 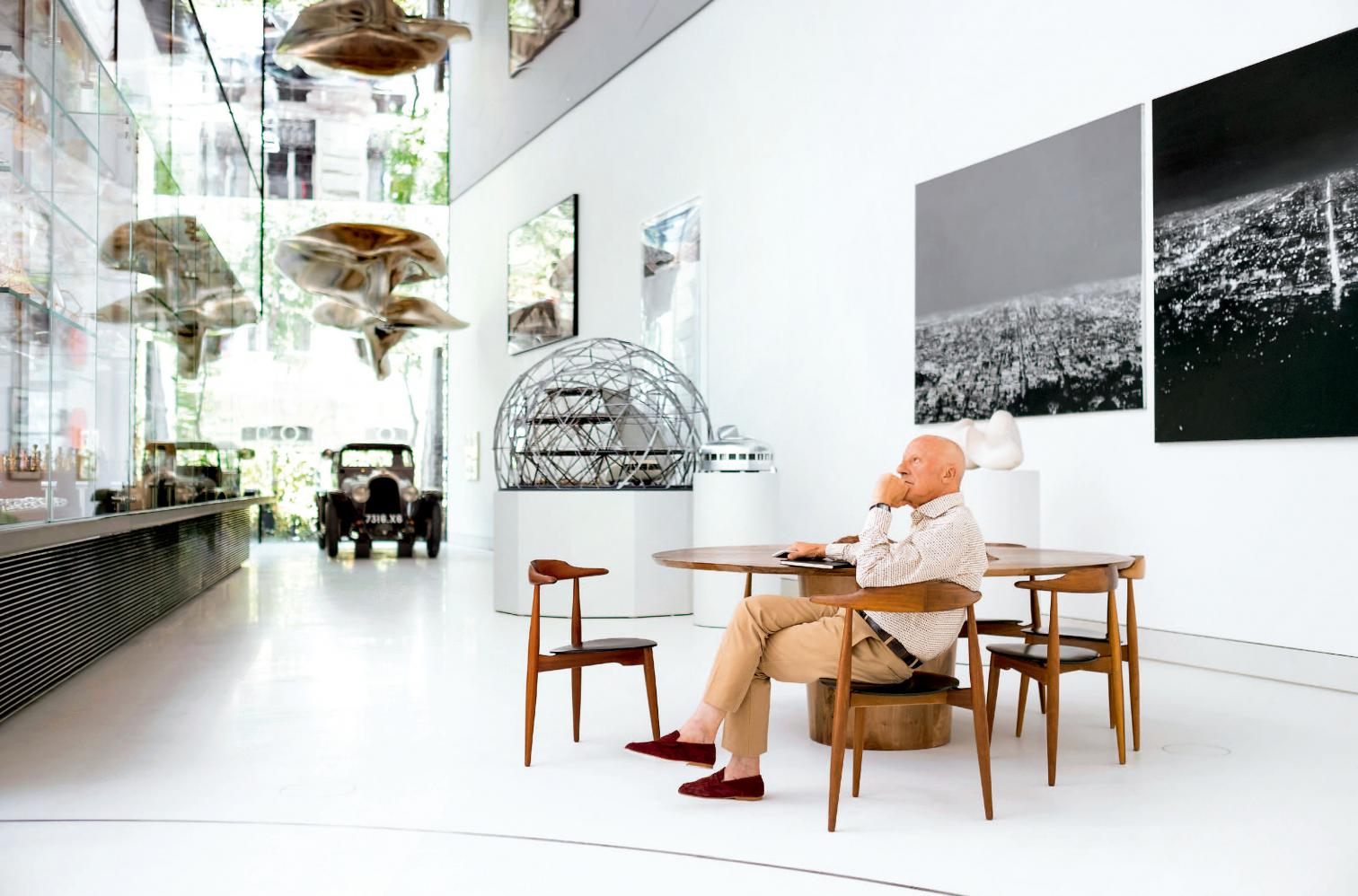 Major works were completed around the world: as iconic as Jean Nouvel’s Louvre in Abu Dhabi or Rem Koolhaas/OMA’s library in Qatar; as refined as Herzog & de Meuron’s Fondazione Feltrinelli in Milano or RCR’s library in Ghent; as innovative as BIG’s Bunker Museum or Lego headquarters, both in Denmark, or the MAAT in Lisbon or the extension of the V&A in London, both by Amanda Levete; as unusual as Selgas Cano’s convention center in Plasencia or Thomas Heatherwick’s Zeitz MOCAA in Cape Town; and as alternative as Anna Heringer’s bamboo dome in China or Francis Kéré’s Serpentine Pavilion.

Amanda Levete in Lisbon and Renzo Piano in Santander completed waterfront buildings in the Iberian Peninsula, while Rem Koolhaas in Qatar and Jean Nouvel in Abu Dhabi inaugurated iconic works in the Gulf.

Entire careers were celebrated, such as Toyo Ito’s with the UIA Gold Medal, Neave Brown’s with the RIBA’s, and Paul Revere’s with the AIA’s, while the awards bestowed on buildings included the Mies for the DeFlat apartment block by NL Architects and XVW architectuur, the Stirling for Hastings Pier by dRMM, the FAD for the Royal Collections Museum by Mansilla & Tuñón, which also won Spain’s national architecture award jointly with the Palma congress center by Francisco Mangado, while the Spanish Association of Architecture Institutes (CSCAE) medal was similarly shared by the Catalan office of Enric Batlle and Joan Roig and the Madrid practice of Rafael de La-Hoz, who were joined by the consultancy GEA 21 and the Director General for Architecture of the Extremadura regional government, María Ángeles López Amado.

Inevitably this summary of wins is followed by a chapter on losses, and in Spain we said goodbye to the author of Madrid’s Colón Towers, Antonio Lamela, who was also a developer and a builder; the housing expert Fernando Ramón; the renewer of Canary Islands culture Rubens Henríquez; Enric Tous, member of the innovative Barcelona studio Tous & Fargas; the construction professor and head of the Madrid School of Architecture Luis Maldonado; the oneiric sculptor and architect of Barcelona Xavier Corberó; the specialist in school architecture Luis Vázquez de Castro; and Josep Martorell of the mythical firm MBM.

Finally, the world mourned the passing of the Japanese Kazuhiro Kojima, the German Albert Speer Jr., and the American John Portman, and also that of an exceptional cast of architectural historians: the Californian James Ackerman, the Italian Leonardo Benevolo, the British Paul Oliver, the Austrian Eduard Sekler, and the American Vincent Scully, all of them nonagenarians, died in the course of an annus horribilis for the discipline, and the consolation to be found in the persistence of their books is as meager as that offered by the buildings left behind by the architects above.

Luis Fernández-Galiano   The energy crises of the seventies left their mark on the generation which entered the architectural profession then, and the current climate crisis is having a similar effect on architects starting their practice in the first decade of the 21st cent