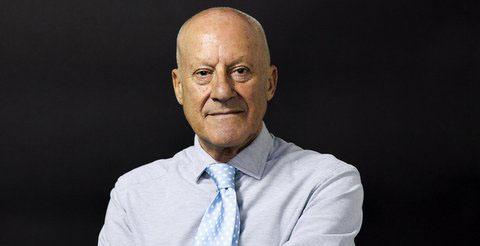 The Japan Art Society celebrated its centenary by founding in 1989 the Praemium Imperiale, which recognizes every year the contributions of artists of all nationalities and creative fields to the cultural progress of humanity. In a ceremony held in Tokyo on 23 October, Polish painter Sigmar Polke, Italian sculptor Giuliano Bangui, German musician Dietrich Fischer-Dieskau, French filmmaker Jean-Luc Godard and British architect Norman Foster received this award. Recognizing the talent as a builder of the author of the Hong Kong and Shanghai Bank and the innovative contributions to the architecture of last third of the 20th century, with projects such as the Willis, Faber & Dumas offices or the Sainsbury Center for the Visual Arts, the Japanese Society preferred to highlight his sensitivity when intervening on historic contexts, specifically mentioning the Sackler Galleries at the Royal Academy of Arts, the Great Court of the British Museum and the Reichstag in Berlin. This must have been a special award for Foster, more accustomed to praise for the structural challenges of his skyscrapers and for the functional clarity of his airports.

Toyo Ito The Imperial House of Japan and the Japan Art Association award the Praemium Imperiale yearly since 1989. Endowed with 15 million Yen (132,000 euros), the prize is presented to five artists in the categories of painting, sculpture, architect

Norman Foster Norman Foster received the inaugural BIA Award, presented, per initiative of the Basque-Navarre Institute of Architects (COAVN), by the new Bilbao Bizkaia Architecture platform, whose objective is to “face the challenges of the professi

Fumihiko Maki Fumihiko Maki is finally a prophet in his own land. Having capped the Pritzker Prize and the UIA Gold Medal simultaneously in 1993, the most moderate of the Nipponese moderns has been decorated with the Praemium Imperiale by the Japan A

Steven Holl The Imperial House of Japan and the Japan Art Association give yearly since 1989 the Praemium Imperiale to five artists in the categories of Painting, Sculpture, Architecture, Music, and Cinema or Theater. In 2014 the awards – endowed wit

Museum of Modern Literature A building of classicist inspiration and precise insertion in the site has been awarded with the Stirling Prize, the most important of those given by the Royal Institute of British Architects to an individual work. Its aut