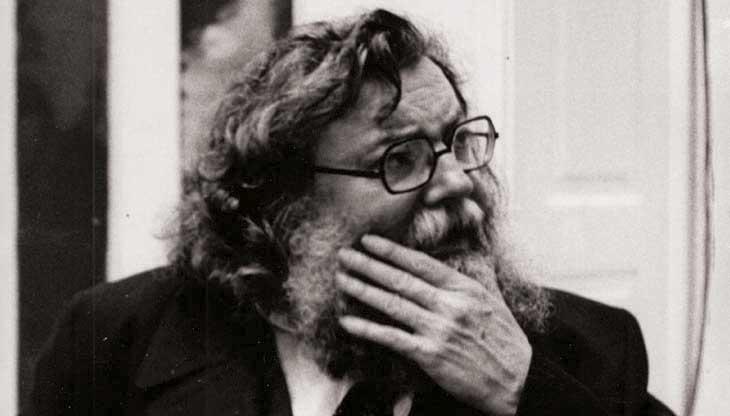 Motivated by ethics rather than by aesthetics, the outspoken, caustic art reviews of Pierre Restany were directed during the sixties against the cultural policy of France, against the conservatism of the conservatives, against the superficiality of museums..., being however a great ambassador of French production and participating in the theoretical debates through his relationship with the New Realism. Le petit livre rouge de la révolution pictural and Livre blanc de l’art total are the result of his reflections on the sociological structures of contemporary art around 1968. During the seventies and through his contact with artists such as Dani Karavan and with architects such as Alessandro Mendini, the interests of Restany shifted towards urbanism and the relationships between the artistic object and the mass produced object in postindustrial society. Born in Casablanca, educated in Paris and in love with Milan, Restany died of a heart attack at 72 and left a rich written legacy, which includes Une vie dans l’art, his works about Yves Klein and his numerous collaborations in the magazines Ars, which he directed, and Domus.

Ábalos + Sentkiewicz   Spain   The leisure Center for the Elderly in Azuqueca de Henares (Guadalajara), consists of a series of halls that are linked to one another. With this organization, the Center is set forth as a contemporary variation of the traditional casinos, whose rooms

Paulo Mendes da Rocha   Brazil   The prefabrication strategy studied by Mendes da Rocha in 1964 for his own home was applied, thirty years later, in the house for the engineer Antônio Gerassi. Located in a residential quarter of São Paulo, the spatial concept of the house as an inha

Museum of Prehistory and Archaeology of Cantabria, mateoarquitectura

Mateo Arquitectura   Spain   The project remodels the topography of the site to let the museum and the new vegetation rise and grow, filling up the existing city and establishing an active dialogue between the natural landscape, the city, and the sea...