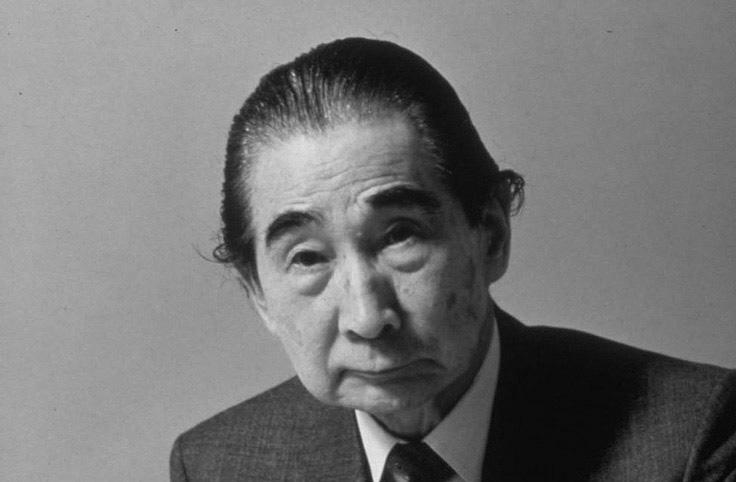 “I am very fortunate to have witnessed Japan’s transformation from the devastation of the postwar to the opulence of today.” Kenzo Tange, who died on 22 March 2005, was no mere witness. He played a leading role in the reconstruction of his country. From a project of his reemerged Hiroshima, where he built a Park and Peace Center (1949-1956) in memory of the city that had been destroyed by the atomic bomb and as a symbol of the aspirations of its people. Born in Osaka in 1913, Tange studied in the University of Tokyo. After graduating, he worked for four years in the office of Kunio Maekawa, like him a zealous follower of Le Corbusier. From 1946 on he taught in the same classrooms he had been a student in, creating a projects laboratory that the likes of Kisho Kurokawa and Arata Isozaki would go through. His doctoral thesis addressed the matter of structuring large cities in accordance with people’s patterns of commuting between home and work. As for his architectural practice, channeled in terms of the exhibition of the Hiroshima project at the CIAM of 1951, it had its major break in the wake of his plan for the growth of Tokyo (1960), which proposed to orient the city’s expansion toward the bay by means of bridges and artificial islands, and became one of the references of Metabolism. Still in the capital, the series of pavilions he built for the Olympic Games of 1964 is another exponent of his ideas on nuclear urban systems, and along with the beautiful cathedral of Saint Mary (1961-1964), one of his most praised works. Also responsible for designing the grounds of Expo’70 in Osaka, Tange raised buildings where structural mastery, formal spectacularity, and functional excellence came together, crystallizing an image of Japanese architecture that reconciled local traditions with a commitment with the future. A work of the mid-eighties, a time that saw him busy with some international commissions, is the new Tokyo City Hall. None of his subsequent projects, among them the OBU tower in Singapore, would receive the acclaim of this emblematic megastructure. A professor at MIT, he also taught at Yale and Princeton, and his long career is sprinkled with awards and recognitions including the gold medals of the AIA (1966) and the Academy of French Architecture (1973), the Pritzker Prize (1987), and the Imperiale (1993).

OMA - Office for Metropolitan Architecture   Netherlands   The nhow RAI Hotel rises in the rapidly developing Zuidas business district, in the south of Amsterdam. The 91-meter building contains a mixed program with workspaces as well as entertainment. The main part is the hotel, which occupies nineteen of th