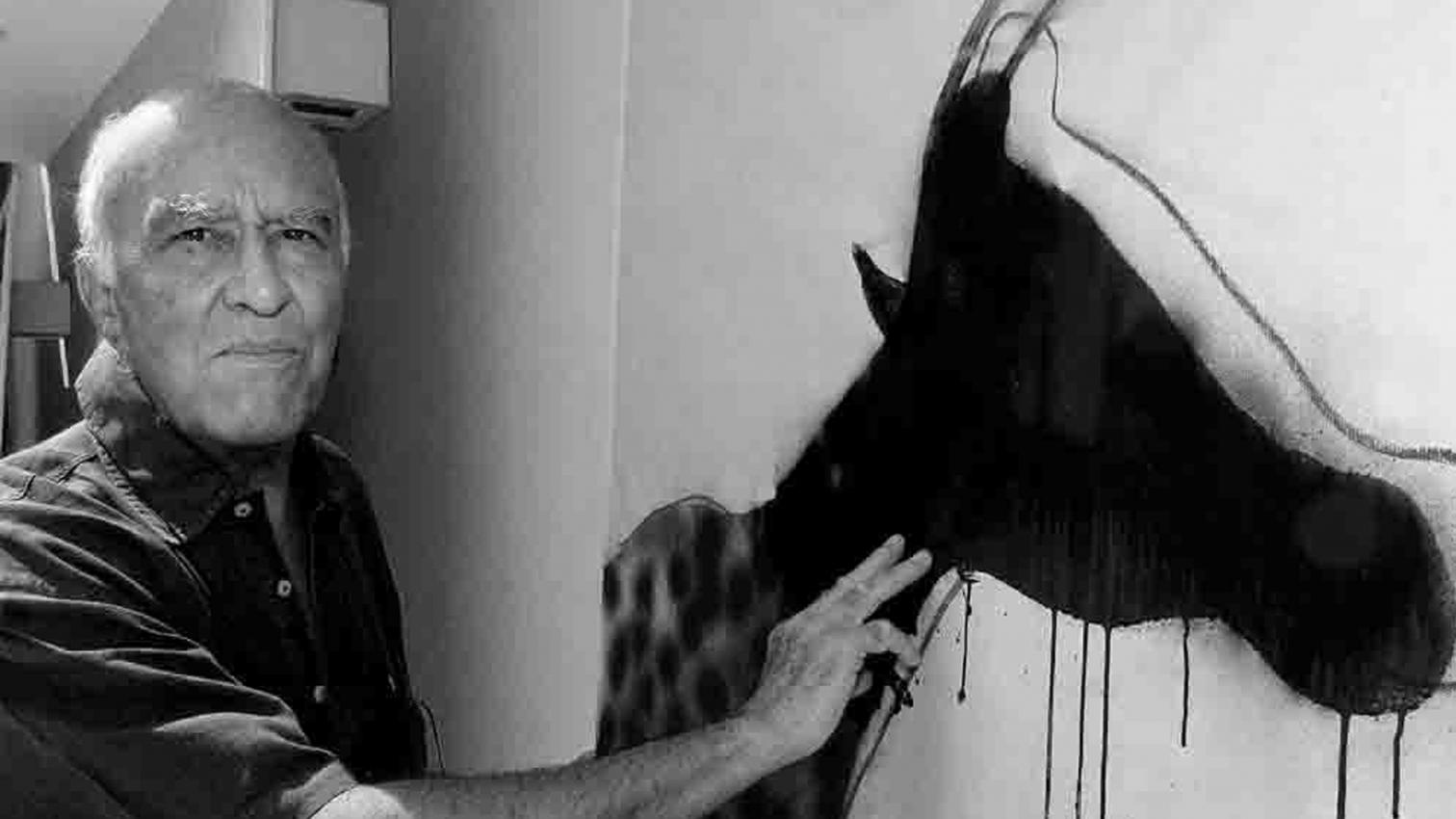 The architect, painter and sculptor Joaquín Vaquero Turcios, author of works like the monument in Madrid’s Plaza de Colón (1977), or that devoted to Francesc Macià in Barcelona’s Plaza de Cataluña (1983), died in Santander at the age of 77. Though born in Madrid and trained as architect in Italy and the United States, Vaquero Turcios was part of a family of renowned artists with roots in Asturias. Married to the poet Mercedes Ibáñez Novo, his mother was Rosa Turcios Darío, niece of Rubén Darío, and his father was the also architect and sculptor Joaquín Vaquero Palacios, author of rationalist residential projects and public buildings, as well as of hydroelectric power stations in Asturias, like the Salime plant (1955), with a large mural in which his son Joaquín collaborated when he was 22. His long list of works includes, aside from sculptures in public spaces, the murals of the Spanish pavilion at the New York World’s Fair (1964), of the Royal Theater of Madrid (1967) and of Barajas Airport (1968); the intervention in the La Unión y el Fénix Building in Madrid (1970); and the posthumous project to refurbish the El Molinón soccer stadium, in Gijón.

Picado - De Blas Arquitectos   Spain   A work of the Madrid practice of Rubén Picado and María José de Blas, this venue for banquets and other events in Hotel Echaurren, in the La Rioja town of Ezcaray, takes its name from the grove (arboleda) where it is located. The design addresses the

bosch.capdeferro arquitectures   Spain   The street Marià Lavèrnia stretches on top of the Turó de la Rovira, a 262-meter-high hill that was a privileged natural vantage point and stratefic site for defending Barcelona during the Spanish Civil War. Where afluent families had built summer ho

Zon-e Arquitectos   Spain   The village of Llamo in the Asturian municipality of Riosa is located at an altitude of 540 meters and marks the start of a route that one must walk to reach the footbridge/viewpoint designed by Zon-e Arquitectos, the practice of Nacho Ruiz Allén and

The week the newspaper El País was born, the last of the modern masters died. Alvar Aalto passed away on 11May 1976, closing for architecture an era of heroes and certainties. The old pioneer Frank Lloyd Wright had gone in 1959; Le Corbusier and Mies