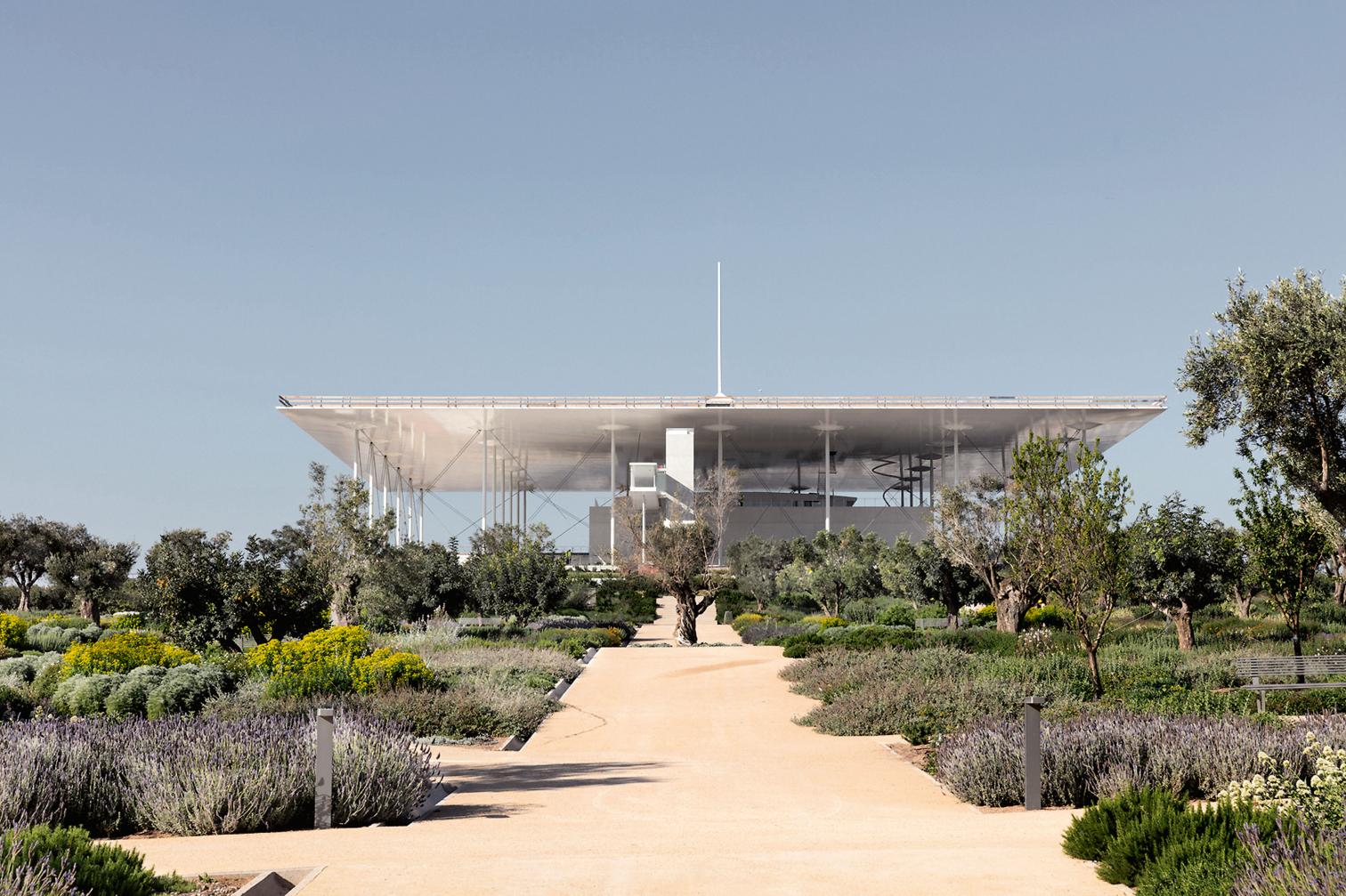 Felt during the Summer Olympic Games of 2006, the Greek crisis has been of such a magnitude as to make it seem frivolous to talk about its consequences it has had on architecture. But the crisis has indeed brought many architectural projects to a stop and slowed down the implementation of others. A case in point is the Stavros Niarchos Cultural Center in Kallithea (Athens), a work of the Italian architect Renzo Piano that incorporates the national library and opera house of Greece and which will be officially opening at the end of this year. Conceived as a “20th-century acropolis,” the building is just the first link of a chain of ambitious projects being undertaken on the outskirts of the Greek capital that includes the Piraeus Port and the Museum of Underwater Antiquities (which is unlikely to be carried out), the overall objective being to reactivate the degraded areas of the city. The building has two different faces: towards the artificial hill and urban fabric, it rises from the ground in a delicate manner, adopting the image of a temple with slender steel columns holding up a flat roof equipped with 10,000 meters of photovoltaic panels; the other side, facing the new 170,000-square-meter park, presents an enormous volume, a fruit of the cultural center’s extensive and intricate functional program. The result is a rather unbalanced ensemble. The library and the opera house’s two performance halls have been organized around a plaza predictably named the ‘Agora,’ which is precisely where the building shows its friendliest scale.

It has been four decades now since the world of architecture, and of culture in general, was shaken by the irreverent forms of the Centre Georges Pompidou, a huge artifact, at once powerful and ingenuous, that seemed to have landed right in the heart

Felt during the Summer Olympic Games of 2006, the Greek crisis has been of such a magnitude as to make it seem frivolous to talk about its consequences it has had on architecture. But the crisis has indeed brought many architectural projects to a sto

The collapse of the Morandi Bridge in Genoa killed 43 people and exposed deficiencies in both its design and its maintenance. It was a big blow to Italian politics and engineering, and there has been a clear endeavor to make amends through a fast-tra

Renzo Piano recently inaugurated the new Palais de Justice of Paris, a project that was undertaken to address the increasing shortage of space in the famous building on the Île de la Cité. The tower, raised by virtue of an agreement between public an

A New Whitney by Renzo Piano

Six years have passed since the old building of the Whitney Museum on the corner of Madison Avenue and East 75th Street in New York closed its doors for good with a multitudinary retrospective show of Jeff Koons, and now the new Whitney has just open