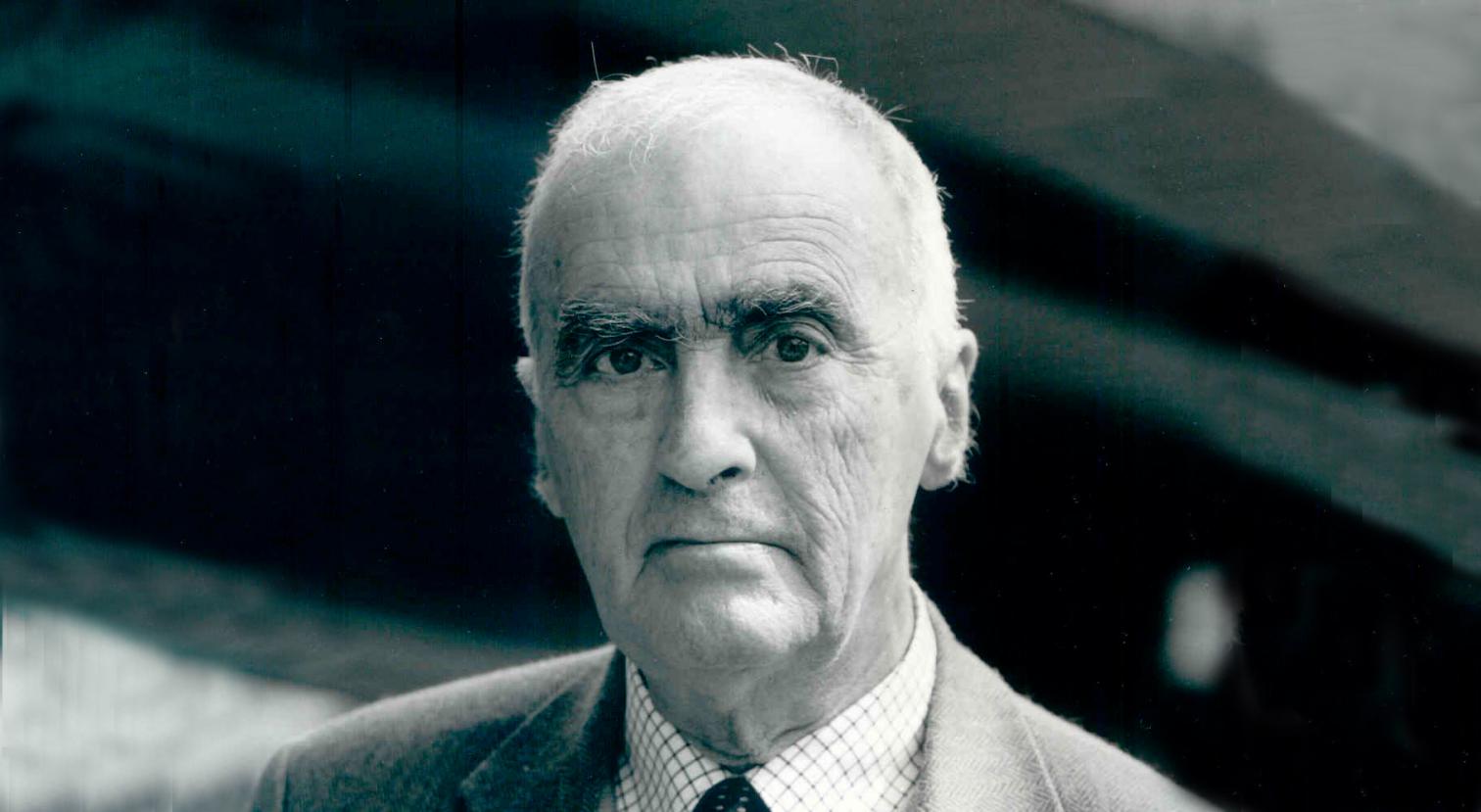 Having introduced Italian rationalism into Spanish architecture during the difficult years of autocracy, Francisco de Asís Cabrero is one of the most conspicuous representatives of Spanish modernity and the author of some of its most emblematic projects. Born in Santander in 1912, he was of the generation that had to interrupt studies on account of the Civil War. He graduated from Madrid’s architecture school in 1942, but a year before had traveled to Italy, where he visited Giorgio de Chirico and Adalberto Libera and had firsthand contact with the Giuseppe Terragni’s oeuvre. Having worked with Olasagasti, Coderch, Gamir, and Sotomayor in the Obra Sindical del Hogar, he joined the staff of this organism, for which he built the Virgen del Pilar area in Madrid. Here, brick vaults minimized the need for metal structures, and the element of civic dignity that this provided counteracted the modesty of the dwellings. Then he and Rafael Aburto won the competition for what was to be his masterwork, the Casa Sindical (1949-1953), a colossal building where the classicism of symmetrical composition mixes with formal abstraction, and whose admirable insertion into the area of the Museo del Prado, along the promenade, is achieved through a well-conceived articulation of scales and the use of the same materials of the museum. Successive projects of Cabrero, an admirer of Wright and Mies and of Aalto and Neutra, were not removed from the evolution of modern architecture, but invariably developed from a rigorous personal re-elaboration of its constructive and stylistic aspects. Practically all his works are in Madrid and these include the Feria del Campo (1948), his own house in Puerta de Hierro (1952), the pool of the Parque Sindical (1956), the Escuela de Hostelería (1956), the offices of the newspaper Arriba (1960), the Crystal Pavilion of the Casa de Campo (1964), the Town Hall of Alcorcón (1973), and the Casa del Pastor dwellings on Calle Segovia (1988), which earned him the COAM awards in 1991. A technical adviser of the Universidades Laborales and technical director of the Urban Planning Office of the Housing Ministry in the sixties, Cabrero was also professor of Projects in the architecture schools of Madrid and Navarra. In 1990, the Higher Council of Architectural Institutes of Spain awarded him its gold medal.