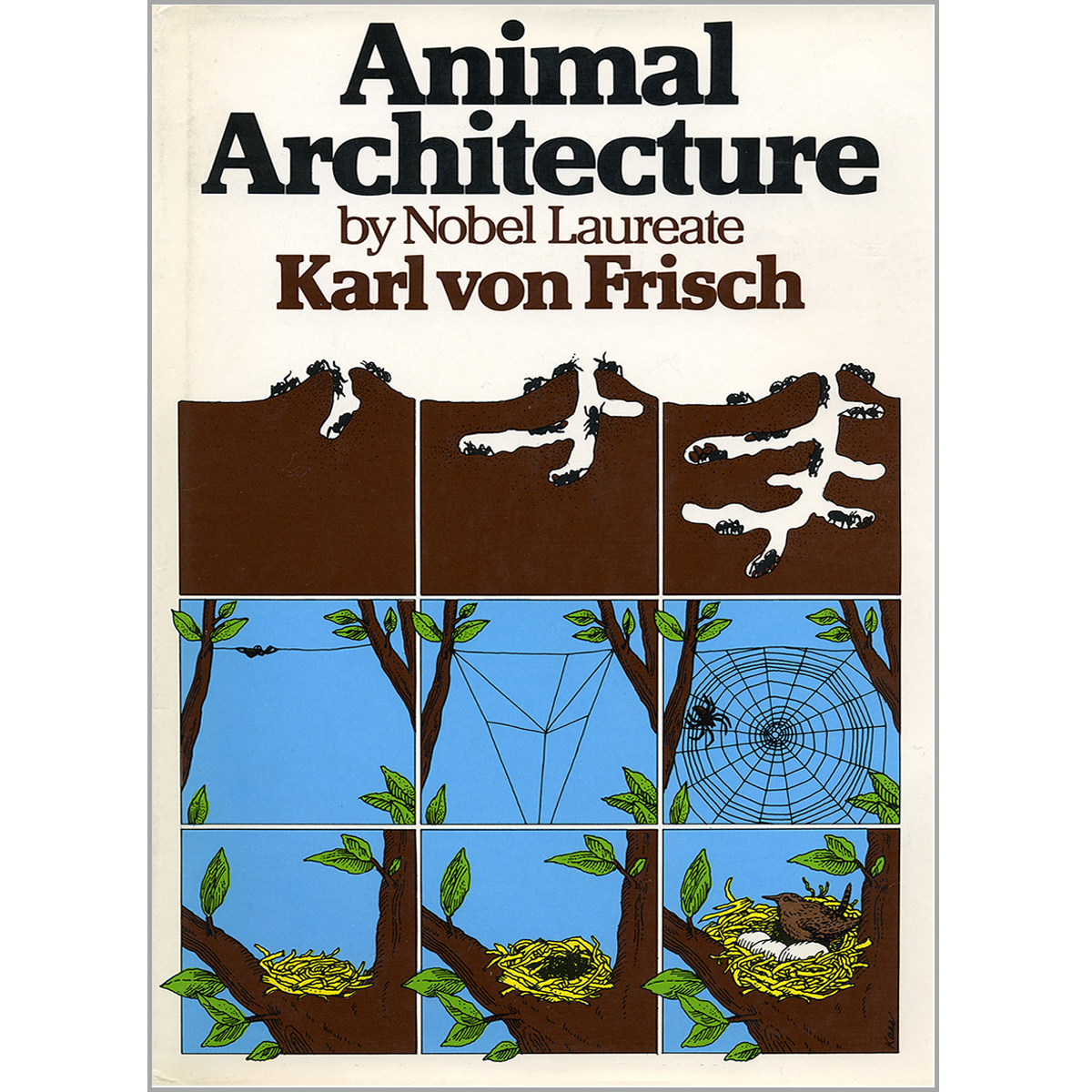 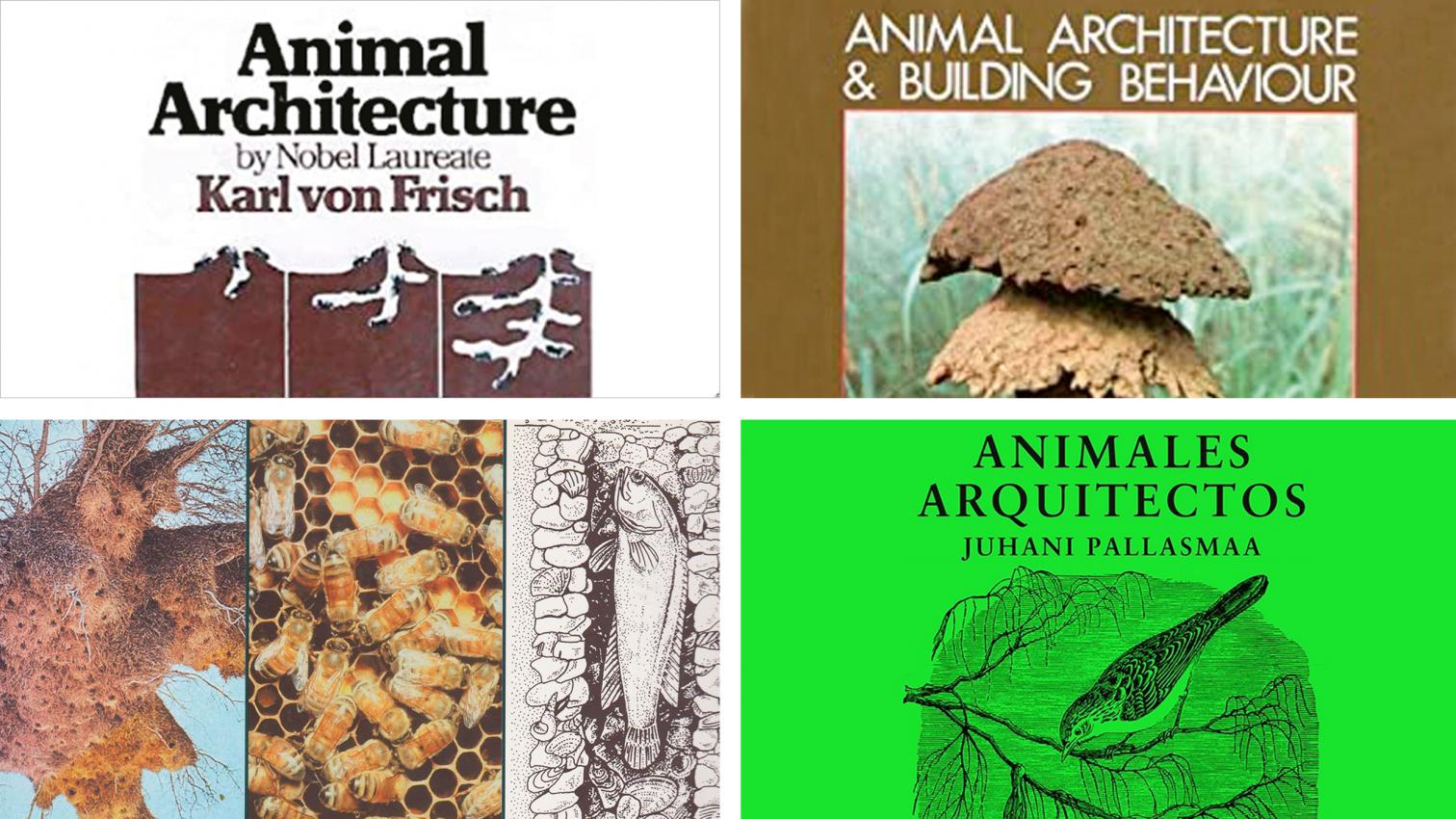 The Finnish architect and author Juhani Pallasmaa organized in 1995 in Helsinki an exhibition on constructions made by animals, from beehives to bird’s nests and beavers’ dams, a subject which has always interested and impressed professionals and profane alike. The article he wrote for the catalog was published in three languages by the Lanzarote-based César Manrique Foundation in 2001, and Pilar Vázquez’s Spanish translation has now been reprinted by the Barcelona publisher Gustavo Gili, with the addition of numerous chapter frontispieces and 40 full-page illustrations taken from an 1889 British publication to make a book. The new volume is essentially oriented towards the general public, but its release prompts remembrance of the two books that Pallasmaa drew from at the time, and which to this day are fundamental references for anyone wishing to tackle the theme.

Animal Architecture, by the Nobel-winning ethologist Karl von Frisch in collaboration with his son Otto, is a marvelous book, splendidly translated from the German by Lisbeth Gombrich, admirably illustrated with numerous photographs and Turid Hölldobler’s efficient drawings, and edited with exquisite care by Helen and Kurt Wolff, friends of the naturalist and promoters of the publication that went to print in 1974. A specialist in animal behavior like his son, Von Frisch goes from the structures of amoebae, foraminifera, or radiolaria – duly paying tribute to the great biologist Ernst Haeckel, who used the latter’s magnificent images to enlighten us on Kunstformen der Natur – to the nests of birds and the constructions of mammals, and delving in detail into the amazing architectures of social insects, from beehives to termite mounds: an attention to be expected of someone who devoted his life as a scientist to studying bees, but also speaks of the fascination that these communities of insects have held for scholars from the celebrated Belgian writer Maurice Maeterlinck to the much missed Spanish art historian Juan Antonio Ramírez.

Animal Architecture & Building Behaviour, published ten years later by the zoologist Michael Hansell, is a very different kind of book, solid and rigorous, more taxing to read, organized thematically into sections – functions, materials, construction, structures – that can be of help to anyone seeking inspiration in nature to design contemporary works, and with a second part on the relation between building behavior and the evolutional change that expands the exploration to specialized territories; his subsequent Built by Animals makes for lighter reading, and is refreshingly skeptical about the lay enthusiasm for the architectural feats of the animal kingdom, which after all boil down to instinctive behaviors. It seems a bit much to recommend titles released decades ago, but in spite of the contributions of more recent authors, including the photographer Ingo Arndt, I know of no better guides to the extraordinary world of animal architecture than those that informed the Finnish exhibition a quarter-century ago.