The Modernism of Julius Shulman review 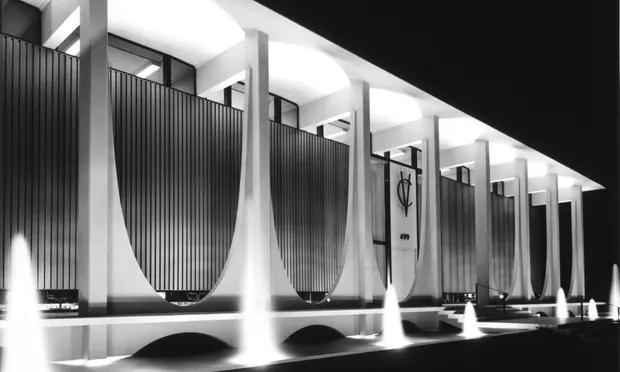 This stylish documentary explores the work of the photographer whose images of mid-century west coast architecture captured an aspirational moment.

This absorbing documentary from 2008 focuses on Julius Shulman (1910-2009), a photographer best known for his stylish, dynamic studies of mid-century modern Californian architecture by the likes of Richard Neutra, John Lautner and Pierre Koenig. Although Shulman himself is less well-known outside the photography and architecture scenes than those architects, his frequently reproduced images of their structures helped to create the iconic status of those buildings. His best-known work, a portrait-shaped shot of a glass box house lit from within by spherical lights and overlooking the glowing grid of Los Angeles in the valley far below, Case Study House #22, Los Angeles, 1960; Pierre Koenig, Architect, has been seen so many times before and imitated in so many other photos and films that it’s a fascinating revelation to hear its origin story...[+]

Iñaki Bergera   From Wright to Venturi through Le Corbusier or Perriand, photography was for modern architects both a mediatic instrument and a personal vehicle for aesthetic exploration.

‘E-topia’, Working from the Couch

Fermín Vázquez   The office is already the working environment of over half of the population in developed countries. Their economy, based on services related to varied forms of knowledge and with workers who depend on computers connected to the Internet, emerges in