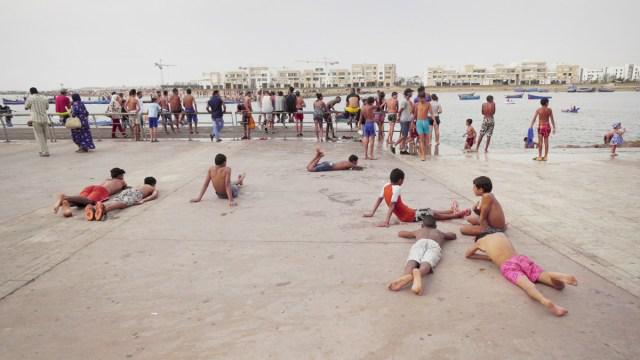 The Basque Country Architecture Institute will host Homo Urbanus, an experience with which citizens can immerse themselves in ten cities such as Bogota, Seoul, Venice, St. Petersburg or Doha, without leaving Donostia-San Sebastian.

The projected mediometries have been created by french architectural artists Ila Beka and Louise Lemoine. From Thursday to Saturday, each week you will be invited to take a walk through a different city, to understand what similarities they have between them and which are the differences between them. The aim is to reflect on what builds their identity and how people interact with the urban environment.

Homo Urbanus is part of the program of hiru hiri – city views exhibition, which is shown at the Basque Country Architecture Institute until April 25, 2021. This exhibition has the desire to value the character of cities and to reflect with the citizens on the processes that are making them increasingly resemble each other due to globalization.

A Day with Ryūe Nishizawa and Kazuyo Sejima, ‘Tokyo Ride’ by Beka & Lemoine

youtube.com   Tokyo Ride is a new step of Bêka & Lemoine’s immersion within Tokyo’s busy daily life. Revisiting the genre of the road movie in a very diaristic and personal way, the film takes us on board of Ryue Nishizawa’s vintage Alfa Romeo (Giulia) fo

SANAA   China   The Japanese firm SANAA, founded by Kazuyo Sejima and Ryue Nishizawa, has won the competition to build the Maritime Museum in the Dapeng area of the city of Shenzhen. Its scheme, titled ‘The Cloud on the Ocean,’ was one of 88 entries that came from 2