The Bubble That Won’t Burst

Dubai: Back to the Future 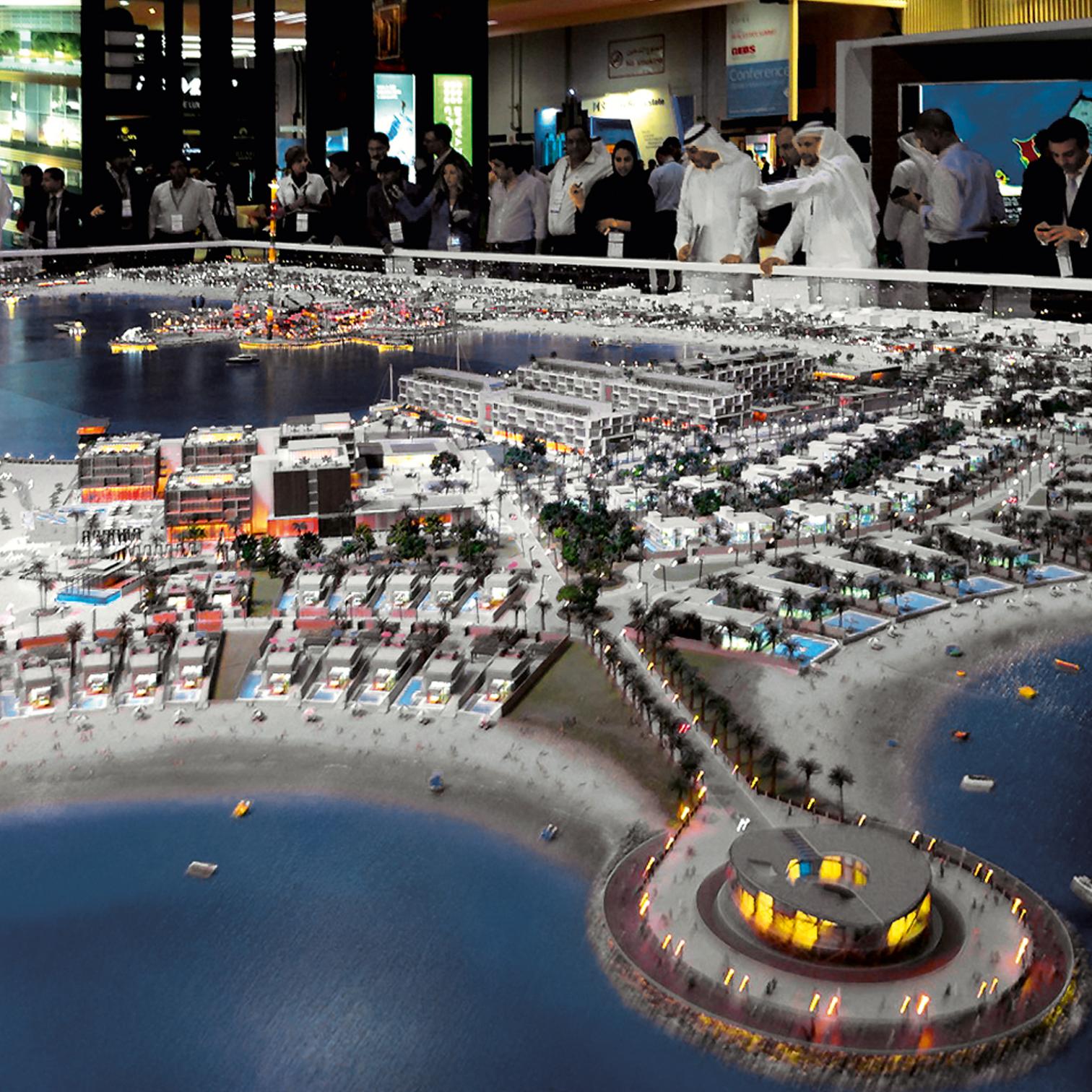 ‘Back on the Chain Gang,’ the song by Chrissie Hynde written after the collective overdose of the British band The Pretenders, would be the perfect metaphor for the endemic schizophrenia of Dubai’s property market. Every year the emirate hosts ‘Cityscape,’ a huge fair that I have visited consistently since 2007, although in recent years I have seen myself leaving earlier, for lack of opportunities. The 2007 delirium is still very much alive in everybody’s mind. At that time, queues to buy apartments at the fair’s booths required elastic band poles like in airports; there was a hysteria in the air that saw no end to ‘Palms,’ ‘Worlds,’ ‘Burjs,’ ‘Atlantis,’ and ‘Jumeirahs.’ The next chapter is well known, with the infamous rout of expatriates abandoning their SUVs at the airport and their ‘condos’ unpaid. This bailout period was followed by a tremendous hangover of collective guilt.

That chapter is now closed. Dubai has positioned itself as the Hong Kong of the Middle East – the only safe haven between Asia and Europe, covering one third of the planet’s air routes. Dubai is as money-oriented and as accessible as New York, and unlike other states in the region, it is a fairly transparent and open economy. Obviously, I have in mind the real economy, of supply and demand, and not its offshore banking, which remains as obscure as that of Luxembourg or Panama.

The Dubai beast of 2014 is more voracious than ever, having received much of the capital fleeing from the Arab Spring, in addition to Russia and many African states. Profile of buyers: Indians, Pakistanis, and Russians. At EMAAR, the company founded by the Emir, the expansion of the Downtown area (Burj Khalifa and Dubai Mall) boasts a 10 million square meter forest of 70- to 100-story skyscrapers, with prices ranging between 7 and 10,000 US dollars per square meter, while the villas are tagged at 20 million. Jones Lang LaSalle estimates a steady rise in prices up until the Expo of 2020, after which a crash is expected, smaller than 2008, however.

A comparison between the 2007 projects and the current output suggests that the market has matured. Small freaky developers, with their colorful eccentricities, were wiped out by the crisis. The offer is now concentrated in a handful of master developers. Towers have clear-cut rectangular plans with an 85% floor plate efficiency. A certain ‘modern/contemporary’ style, for lack of a better word, has seemingly been adopted, not so much by aesthetic progress, but due to speed and cost of construction. Regrettably, the ecological debauchery of golf courses, refrigerated pools, and artificial lakes continues.

The 220-hectare fairground of the upcoming Expo 2020 is all but a small part of the planned Jebel Ali Aerotropolis, the largest airport city on the planet, with five runways and an estimated capacity for 260 million passengers in 2027. The theme of the Expo, ‘Connecting Minds,’ is clever and opens a vast field of design opportunities; an urban hub where, in real time, one can obtain a diagnosis from Harvard Medical School, print a car part, or fabricate a fashion collection.

“Build them and they will come”; the quote seems tailor-made for Dubai. Accessible at a 6-hour flight from Madrid or London, its economy grows at a rate unforeseen in Europe since the end of World War ii. I realize it is not for everyone, as it lacks the sophistication of Zurich or the elegance of Paris. Nevertheless, I believe the emirate has seasoned and can become a truly welcoming market for European architecture.

End of Party in Dubai, the Crisis Slows the Expansion

Paredes Pedrosa Arquitectos   United Arab Emirates   The design for the pavilion resorts to the use of light and shadow to transport visitors to Spain, proposing a large plaza surrounded by a lattice that touches the ground lightly, and is covered by the closed exhibition spaces that are placed on top,

The Hyperurbanization of the Emirates

Herreros Arquitectos   United Arab Emirates   The pavilion is wrapped with a skin of cellular polycarbonate sheets and vertical methacrylate tubes filled with different materials; in this way the color and textures take center stage during the day, and the translucency of the interiors stands ou

Emilio Tuñón   United Arab Emirates   Resting on a platform with an uneven perimeter that accommodates a parking lot, shops, services and a high-rise garden, the towers, of 240 meters in height, house 447 luxury apartments for western businesspeople living in Dubai.  The slenderness

Irisarri + Piñera   United Arab Emirates   The building is a lightweight structure containing the different ‘boxes’ (closed spaces for specific exhibition purposes and services), and that functions as a ‘support stage’ for the textile walls that organize the free use areas... [+]

The petrodollar-funded construction of huge cultural complexes is a strategy used by Gulf countries to craft themselves a recognizable and influential image.