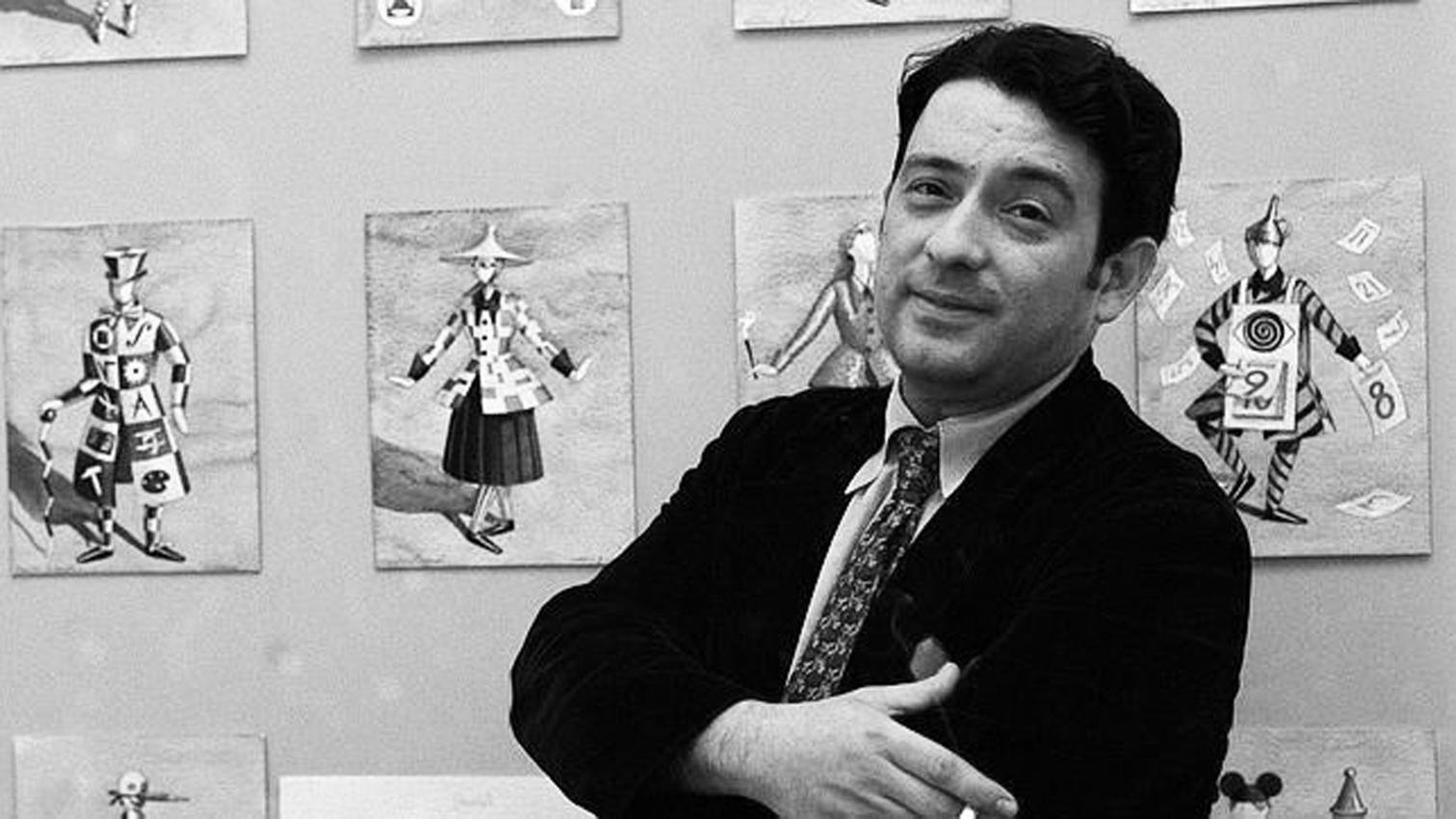 Graduate of the Madrid School of Architecture, Sigfrido Martín Begué was a painter, professor and scenographer, aside from a key figure of the Movida Madrileña of the 1980s. His beginnings as painter in the late 1970s are, however, linked to the Esquizos group: a figurative movement with influences from Pop art, cinema, comics or popular music, and whose members were, aside from Martín Begué himself, the artists Carlos Alcolea, Chema Cobo, Carlos Franco, Luis Gordillo, Herminio Molero, Guillermo Pérez Villalta, Luis and Rafael Pérez Mínguez, Manolo Quejido and Javier Utray. Their works were characterized by the recovery of the narrative discourse and for the protagonism of conceptual and biographical content. In the case of Martín Begué this is expressed through geometrized compositions in which the presence of classical forms and the unprejudiced use of color are particularly important. Professor at the School of Fine Arts of the University of Castilla-La Mancha since 1993, he also produced set designs for the Teatro Español, the Opera of Florence, and the Verdi Theater of the same city.

James S. Russell   As soon as I entered the Kaufmann house, I had to stop. Designed by Richard Neutra, and finished in 1946, the horizontal plane of its ceiling drew my eye outward, through an invisible veil of glass to the swimming pool’s blue rectangle, set in a dese

Epiphany of the Perfume

Lost in the crossroads of the century, we look upward for signs to guide us. But in the urban jungle, all our eyes stumble upon are billboards announcing telephones, automobiles, watches, liqueurs or perfumes, orienting our steps toward the basilicas

MAD Architects   China   A chromatic roof is the highlight in the conversion of a traditional siheyuan courtyard into a preschool center that is remarkable, too, in its openness to daylight and vegetation. The principal strategy of the project involved wrapping the preexisti

House on a patio, Madrid

West 8 Studio 44    Russia   The proposal for the park shows a ‘romantic garden’ with a topography of undulating hills that offer visitors beautiful views across the water and the city beyond. A series of grottos underneath bring a rich diversity of atmospheres to the site. To a