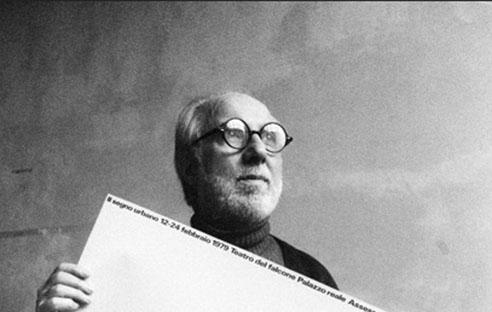 Founder of the International Union of Architects (UIA), Pierre Vago died on 27 January at the age of 92 in his house on the outskirts of Paris. The French architect of Hungarian descent was also a successful writer, editor, and critic. Son of the architect Joseph Vago, Pierre was born in Budapest in 1910. He moved to Rome with his family where he would remain until 1928, when he left for Paris to begin his studies at the École Speciale under the tutorship of August Perret. With a career that runs parallel to the past century, his work and his Intense Life, title he gave to his memoirs, made Vago an emblematic architect of the 1930s. At the early age of twenty he joined the magazine L’Architecture d’Aujourd’hui where he worked as editor between 1933 to 1939. In his relentless denial of modern dogmatism, represented, in his view, by the figure of Le Corbusier, Vago founded in 1932 a series of international meetings to counteract the exclusive character of the CIAM. A close observer of the Modern Movement, Vago shall also be remembered for carrying out an important reform of the profession’s organization.

The bold presence of this work by OLI architecture, which at first glance looks like a warehouse in the middle of private property in New York state – clad in a charred accoya timber rainscreen meant to naturally patina over time – evokes the Serra s

Giovanni Michelucci   Italy   After neorealism, the return to simplicity and organic architecture, the sixties, the decade of prosperity, brought an unusual formal freedom. Still in need of constructive legitimacy yet eager for aestheticism, the most assertive architects dared at

Le Corbusier   France   At the end of the fifties, the friendship between Le Corbusier and an important Dominican whose name rhymed with his own, Father Le Couturier, earned him the commission to build two religious projects bound to become exponents of contemporary archite

Ignacio Paricio   Architects love commissions to build representative buildings. A museum is the paradigm of a program that is not too demanding and a budget that is not too restrictive. In the field of private development, the equivalent would be the office building.

Dominique Perrault   France   The Media Library is located in the small town of Vénissieux, on the outskirts of Lyon. This is a large multi-purpose shelter, opening onto the town, opening onto the world. It is a place for learning about cultures, for a blending of sensibilities a