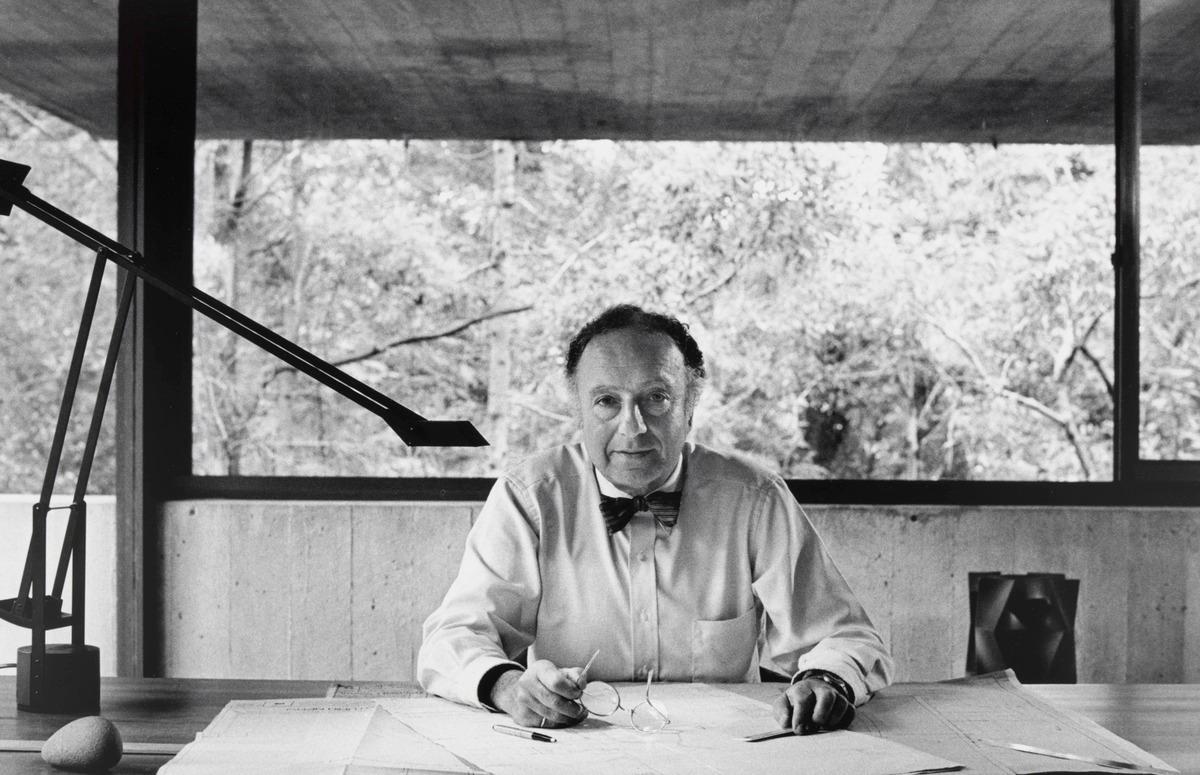 An exemplary disciple of Walter Gropius and Marcel Breuer, Harry Seidler introduced the foundations of the Modern Movement in Australia. Educated at the University of Manitoba, Harvard and Black Mountain College, under the professorship of Josef Albers, Seidler moved to Sydney in 1947 to join his family who had fled the Nazi troops. He started his studio a year later.The Rose Seidler House, the first of his buildings and his parent’s future house, brought together the innovative principals of modernism from the Bauhaus, quite unusual in Australia at the time. Today, it is one of the country’s national heritage sites. During the fertile decade of the sixties, Seidler designed the controversial Blue Point Tower and the Australia Square building, bothin Sydney; and together with Pier Luigi Nervi, the Australian Embassy in Paris, a building thatbrought him acclaim as an international architect. In his native Austria, he designed the enormous Wohnpark Neue Donau apartment complex. Among the diverse awards that he received, of special note were the Gold Medals bestowed on him by the RAIA in 1976 and the RIBA in 1996.

Kengo Kuma   Japan   Located in the southern Japanese town of Yusuhara, Yusuhara-Machino-eki is a market for local products that includes a small fifteen-room hotel. Drawing inspiration from the Cha Do – a cluster of small buildings that in the olden days would offer san

BIG / Bjarke Ingels Group   Denmark   These two housing blocks go up on a site located amid the Ørestad and the Nordre channels. With the purpose of obtaining better views and illumination and avoiding the direct relationship between the dwellings of both buildings, the blocks are folded

Paulo Mendes da Rocha   Portugal   Located in the neighborhood of Belém, in Lisbon, the New National Coach Museum is part of an initiative to promote cultural tourism in this area of the city, with a great historical value tied to its role in the age of the discoveries. Elevated on a

Kengo Kuma   France   The new art Center goes up on the banks of the River Doubs, at the foot of the citadel of Besançon, a fortress built by Vauban in the 17th century. Throughout the centuries this place has been perceived by its inhabitants as a physical barrier, both

Kengo Kuma   Japan   Beneath the folds of a ‘scattering roof,’ the village-like Geibunkan Cultural Center is harmonized with its landscape, reflecting the main architectural vocabulary of the region’s traditional hamlets. Aside from the main piece, the cultural compound