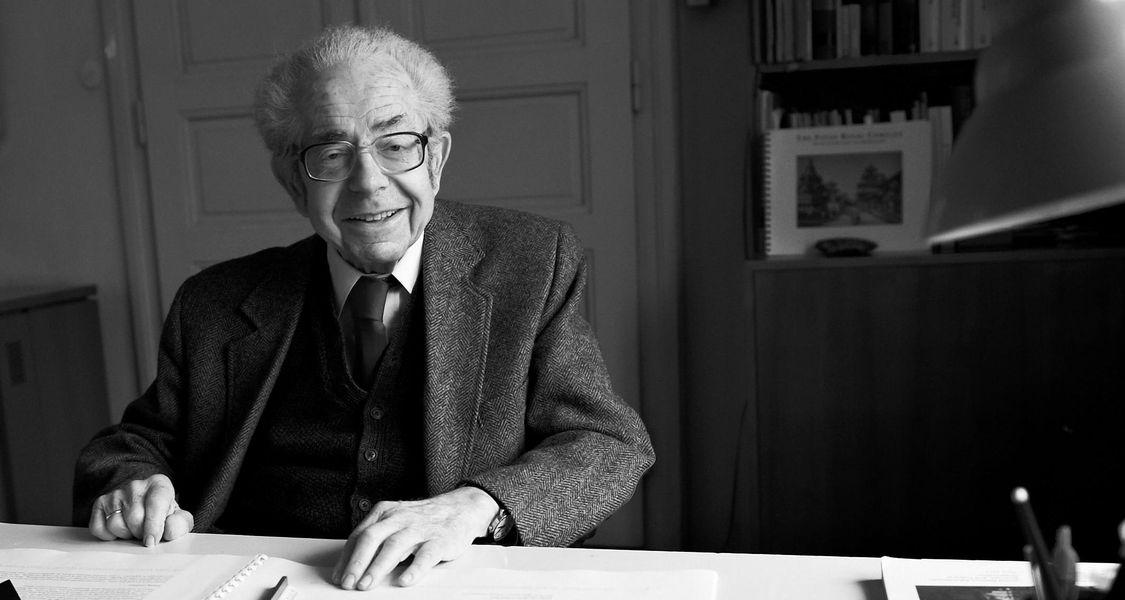 Eduard Sekler passed away on 1 May in Cambridge (Massachusetts), at the age of 96. The architectural historian was the common link between the iconograpic studies of interwar Europe and the visual studies that began to develop in the US in the 1960s. Graduate in architecture from the Vienna University of Technology and trained as a historian with Rudolf Wittkower at the Warburg Institute in London, Sekler was invited by José Luis Sert to Harvard University, institution to which he would remain attached throughout his long career as professor and researcher. At Harvard Sekler co-founded, with Albert Szabo, the Visual and Environmental Studies Department, and he also directed the Carpenter Center, where he had, among other students, William Curtis, whom he encouraged to study Le Corbusier from a visualist perspective, based on the interpretation of form rather than on the unveiling of political and sociological keys. Later on, Sekler focused on the study and protection of vernacular architecture, in particular that of Nepal, and in 1990 he founded the Kathmandu Valley Preservation Trust (KVPT), of which he became honorary director.

b720 Fermín Vázquez   Spain   A plot located amid the recently opened Del Prat Golf Club and the park of Sant Llorenç del Munt i l’Obac, in Barcelona, provides the site for this new hotel complex with 186 rooms and complementary services such as restaurants, meeting rooms, confer

The "Ruyi Bridge" in the Shenxianju Scenic Area in Eastern China's Taizhou city has recently become an internet hit. Spanning 100 meters across the Shenxianju valley, the bridge is more than 140 meters high and is shaped like a jade Ruyi, an ornament