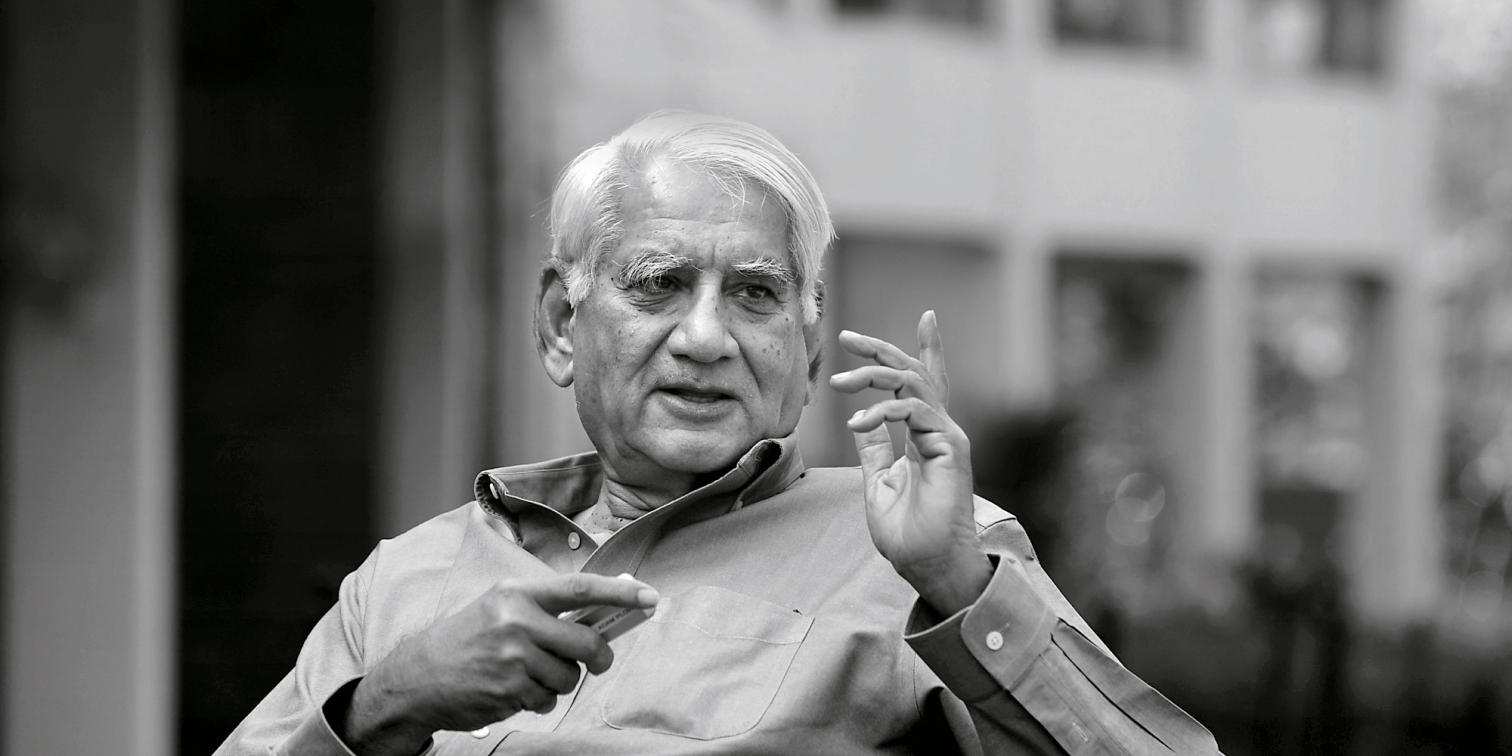 Born to a well-to-do family of Goa – thereby his Portuguese surname –, Correa soon felt an interest in architecture, a calling that took him to the universities of Bombay and of Michigan, completing his studies at the latter. He obtained his postgraduate at MIT in 1955 and set up his studio in Bombay in 1958. His architecture, rooted at once in the vernacular and the contemporary, synthesizes the best of Eastern and Western traditions. These features can already be appreciated in his first work, the Memorial to Mahatma Gandhi (1963), built with brick and sloping roofs and structured around courtyards to favor natural ventilation. In this work Correa found the seeds of his own language and saw the possibility of an abstract architecture anchored in tradition. This idea would be further developed in works like Kanchanjunga Tower in Bombay (1983). Aside from completing a roast of emblematic buildings, Correa was committed to urban issues and low-cost construction. In 1984 he received the RIBA Medal, and in 1998 the Praemium Imperiale. At his death he was, without a doubt, the great master of modern architecture in India.

India’s master of modern architecture, Charles Correa, passed away on 16 June. He was 84 years old. Son of an affluent couple from Goa (which explains his Portuguese surname), Correa had an early calling for architecture (which he associated with his