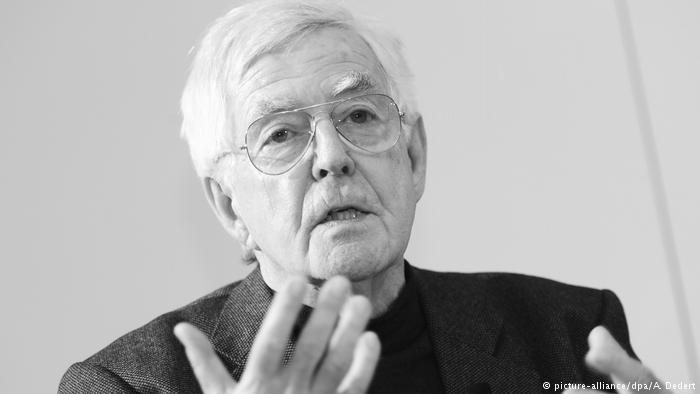 Albert Speer Jr. belonged to a saga of architects, though this cannot be considered an advantage for the 12-year-old child who saw how they sent his father, Albert Speer Sr. – Hitler’s architect – to the Berlin prison of Spandau, which we wouldn’t leave until 1966. The young Speer worked as a carpenter before studying architecture (and thus following the family tradition) in Munich. In 1964, shortly after graduating, he set up his own office in Frankfurt and started a long professional career during which he managed to combine, with formal efficiency and organizational talent, the attention to big architecture projects with the development of urban plans. Professional success led to the creation of Büro Albert Speer & Partner – one of the largest offices in Germany –, which has completed a long list of buildings in Germany (Victoria Tower in Mannheim, German Pavilion at the Hannover Expo 2000) and abroad (from Saudi Arabia to China), as well as large sports projects, like the plans for the stadiums in the World Cups of South Africa (2010) and Qatar (2022).

Renovation of conference and exhibition center of Córdoba

Paulo Mendes da Rocha   Brazil   On a vast esplanade facing the Vitória canal, the Cais das Artes (Quay of Arts) establishes a dialogue with its environment, characterized by the confrontation between the nature of the bay and the industrial condition of the port. With the size of a

Kengo Kuma   South Korea   Located in the Korean Strait, the island of Jeju is a natural wonder whose unique ecosystem is the result of the eruptions of Mount Halla. Subjected to the action of meteors, solidified lava eventually begins to present the small and medium-sized ear

BEL Architecten   Belgium   The prominent location, in a charged historical context, advised to stack the program in a slender tower that connects with its surroundings via a sun-filled terrace separated from the neighboring buildings by a garden, and with panoramic rooftop vie