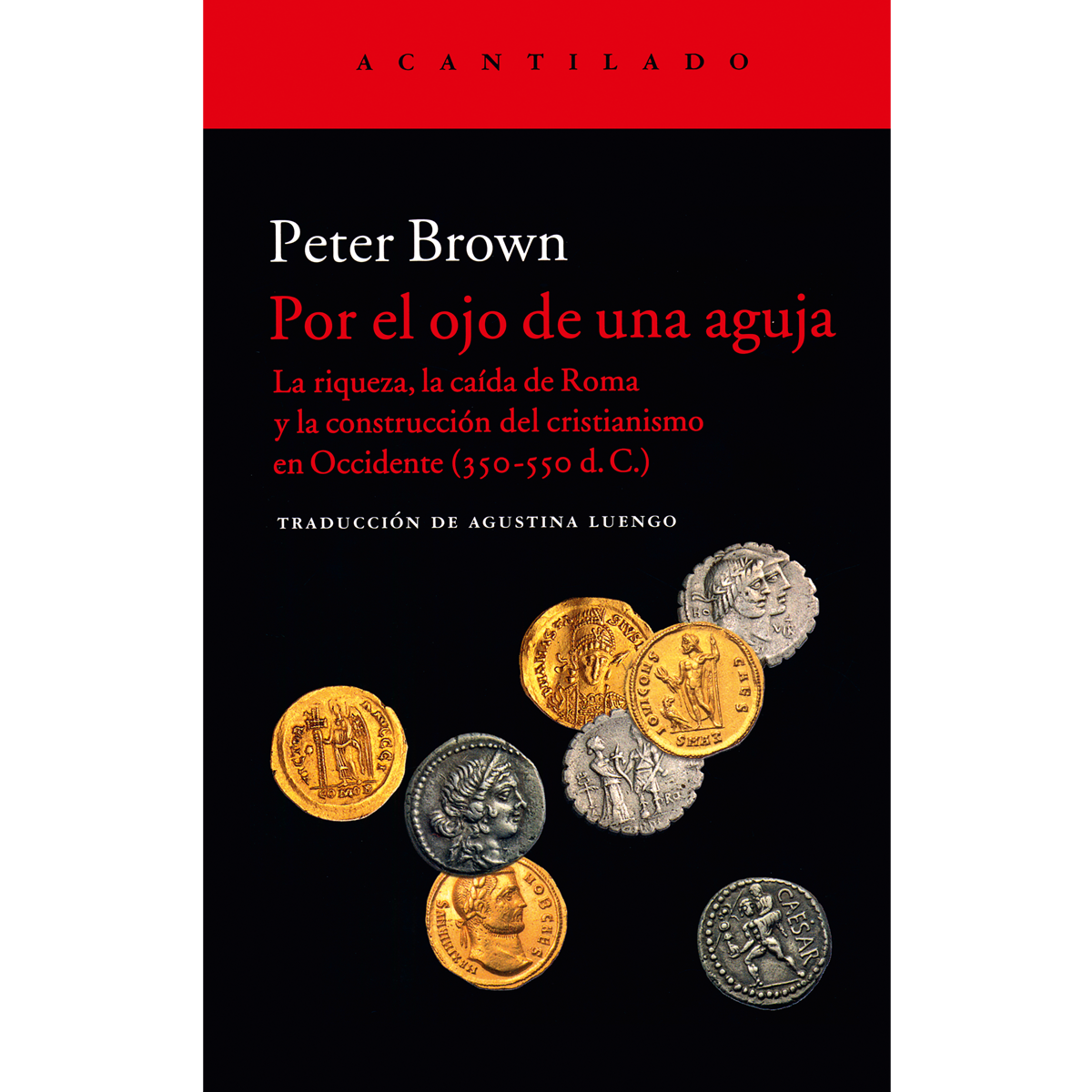 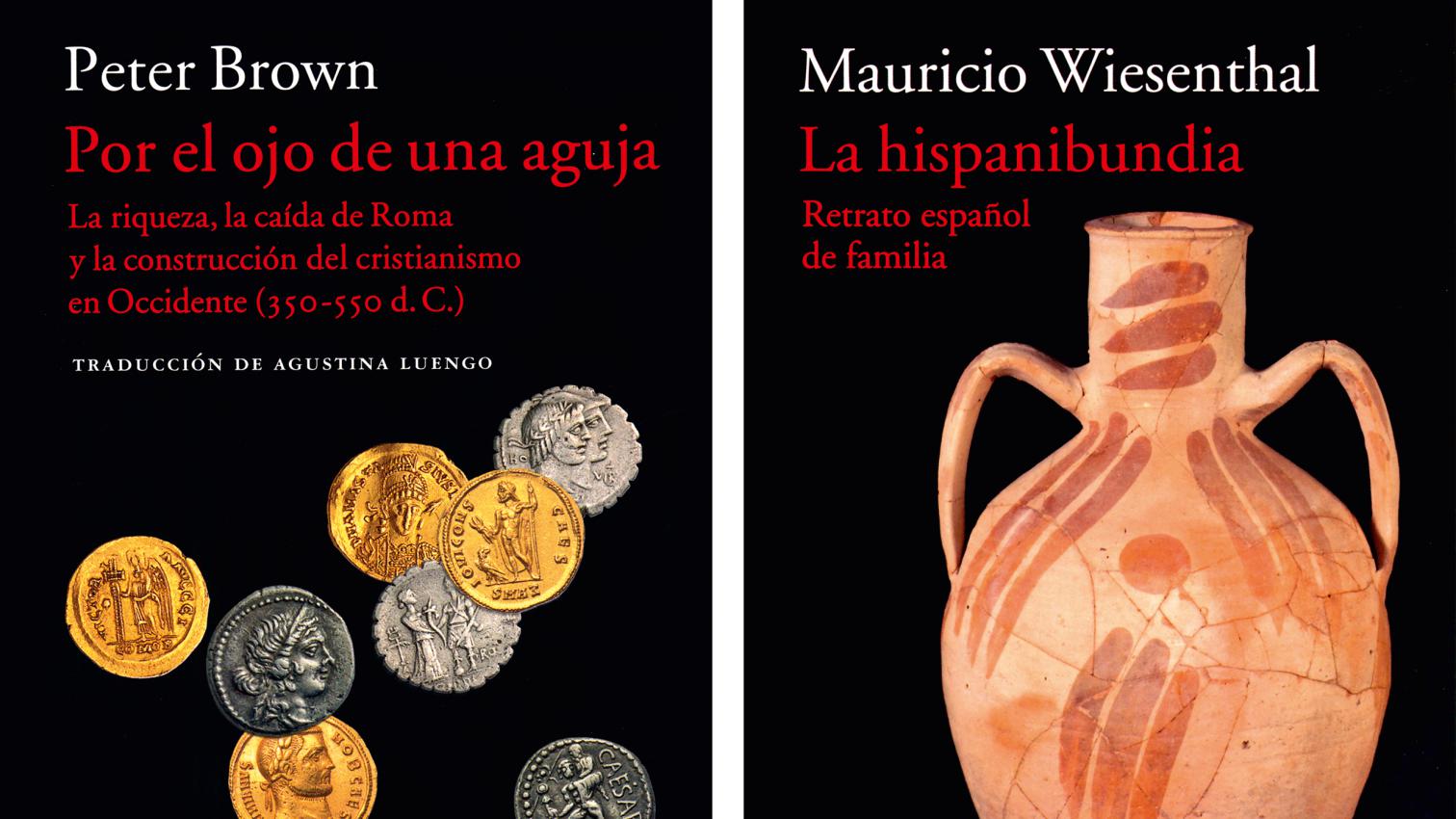 When the books one is currently reading accumulate and the pile shows a half-dozen titles crowned by the red band of Acantilado, it is clear that the interest raised by the volumes is inseparable from the intelligent discrimination with which they have been selected for the catalog of the publisher, and if they resist being moved from the work desk to the shelves, it is thanks to the exquisite choice of typography and paper, which keeps them close at hand as objects to delight in. Founded in 1999 by the philologist Jaume Vallcorba, directed by him until his death in 2014, and since then run by his widow, Sandra Ollo, Acantilado keeps up a standard of intellectual and aesthetic quality that makes its list of titles a register of excellence, and its red label a guarantee of choice.

Among the books I am reading by turns, the oldest is the extraordinary Through the Eye of a Needle, where the great classics scholar Peter Brown shows his erudition in matters of Late Antiquity through a panorama of the period from the 4th to the 6th century, the rise of Christianity, brought to life through texts by Ambrose, Augustine, and Jerome, and sewn together by the thread of renunciation of wealth, summed up in the title with a saying of Jesus, as quoted by Matthew: “It is easier for a camel to go through the eye of a needle than for a rich man to enter the Kingdom of God.”

For its part, the most recent addition to my reading list is one with a rare title, La hispanibundia, a neologism coined by Mauricio Wiesenthal, a Spaniard of German origin, to name an essay developed over the course of half a century on the identity and culture of Spain, a subject many historians consider more suited to the times of Américo Castro or Claudio Sánchez-Albornoz, but which the author’s narrative elegance and critical serenity make particularly recommendable at this painful juncture of our collective life.

The translation of Brown’s book was released in 2016, and the work of Wiesenthal in 2018; in the interim came two in 2017 which I suggest as summer reading, since neither exceeds 200 pages and both are divided into chapters that can be enjoyed independently. L’usage des ruines presents 22+1 sketches of destroyed urbs, from the Mesopotamia that gave rise to cities to the New York of 9/11, passing through numerous episodes of sieges, or the Berlin of Albert Speer, who learned from Gottfried Semper about the Ruinenwerttheorie: a literary essay that refers to Sebald, Sloterdijk, and Enrique Vila-Matas, to whom the art critic Jean-Yves Jouannais jokingly attributes the authorship of the book. Classici per la vita contains fifty extensive quotes of authors of universal literature, reproduced in their original languages and in translation, accompanied by the always intelligent remarks of Nuccio Ordine, who initially published the texts in the weekly supplement of Corriere della Sera. Do not forget to put them in your baggage.

Snøhetta   Norway   On the outskirts of Dovrefjell National Park, some 1,250 meters above sea level and overlooking the Snøhetta mountain massif, the Tverrfjellhytta pavilion is an observatory and information center of the place’s unique wildlife and history. Wild reind