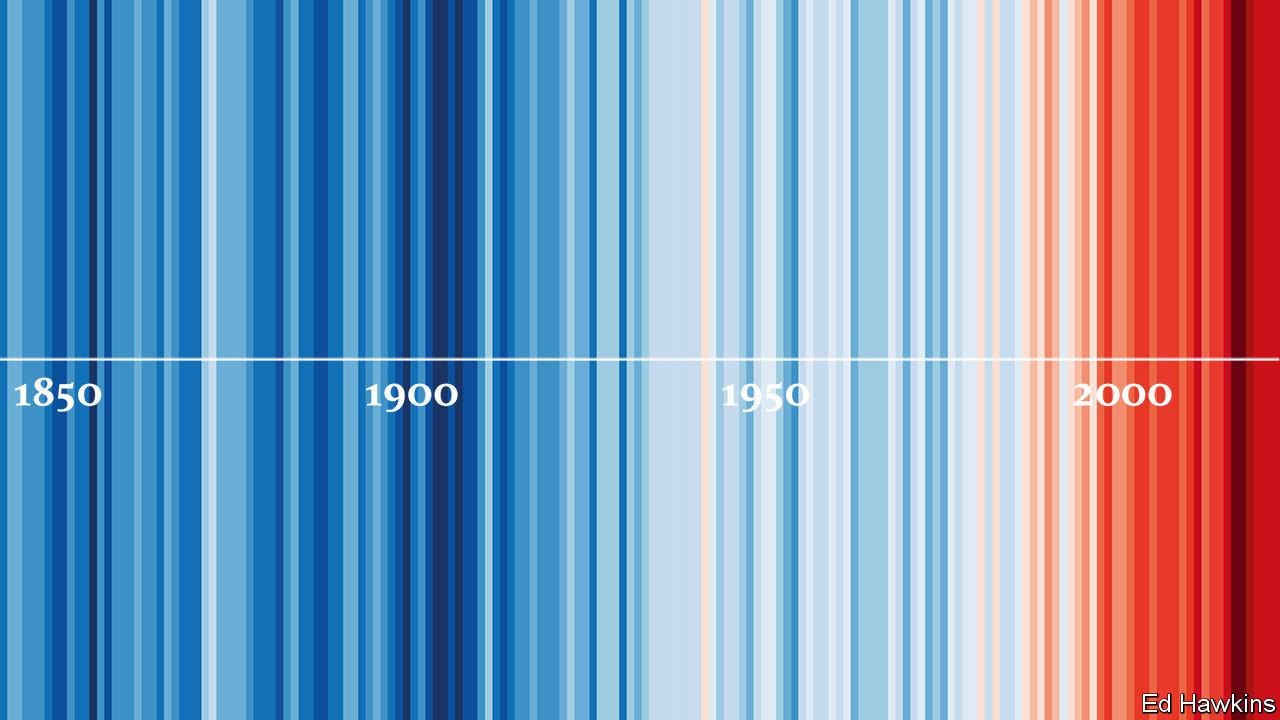 Climate change touches everything this newspaper reports on. It must be tackled urgently and clear-headedly

From one year to the next, you cannot feel the difference. As the decades stack up, though, the story becomes clear. The stripes on our cover represent the world’s average temperature in every year since the mid-19th century. Dark blue years are cooler and red ones warmer than the average in 1971-2000. The cumulative change jumps out. The world is about 1ºC hotter than when this newspaper was young.

To represent this span of human history as a set of simple stripes may seem reductive. These are years which saw world wars, technological innovation, trade on an unprecedented scale and a staggering creation of wealth. But those complex histories and the simplifying stripes share a common cause. The changing climate of the planet and the remarkable growth in human numbers and riches both stem from the combustion of billions of tonnes of fossil fuel to produce industrial power, electricity, transport, heating and, more recently, computation… [+]

The past, present and future of climate change

Climate issue: Replacing the fossil-fuel technology which is reshaping the climate remains a massive task… [+]

Climate change is a challenge for artists

Climate issue: Like politics, sometimes their work is most effective when it is local… [+]

Life is an office

Luis Fernández-Galiano   Life is an office, but the office is not life. Western adults spend half of their conscious existence in administrative environments of a hardly stimulating quality: if initiative is numbed in homogeneous space, the senses are dulled under the light

A contest with impact