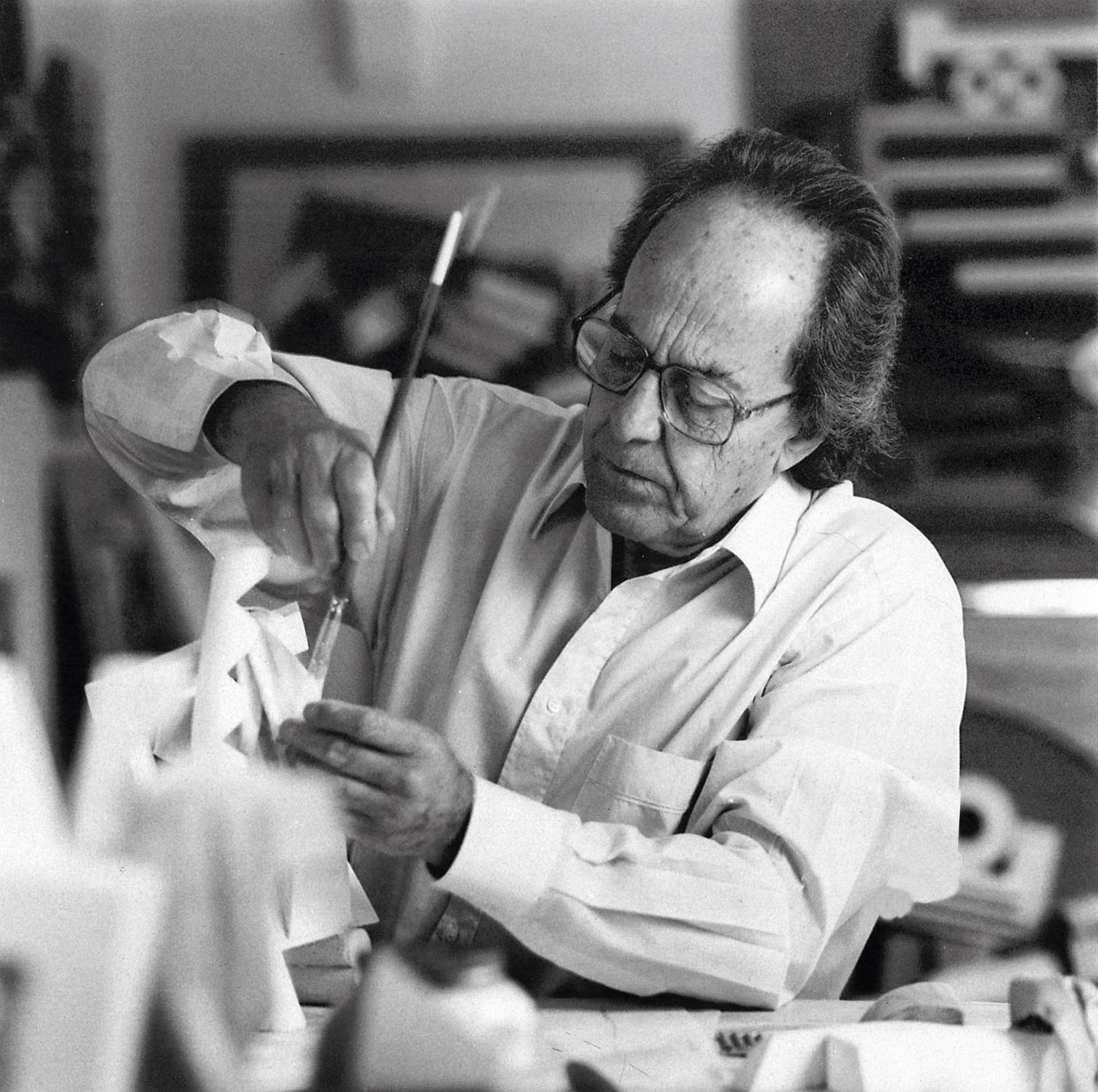 Born in Mexico City in 1926, Teodoro González de León was a leading modern architect in his country. After studying at the National Autonomous University of Mexico, he worked with Carlos Obregón, Carlos Lazo, and Mario Pani from 1942 to 1947, then was given a grant by the French government that enabled him to work for eighteen months in the studio of Le Corbusier, where he participated in the project for the Unité d’Habitation of Marseilles and steeped himself in the ideas of the Swiss-French master. Back in Mexico, he began to collaborate with another architect of his generation, Abraham Zabludovsky, developing the elements of his style. Characterized by large scales, extensive use of reinforced concrete, and rhythmic patterns, this style was well received in a Mexico seeking to define its identity through civic monuments where formal and technological modernity fused with pre-Columbian schemes; modern monuments that became references not only for Mexico but for all of Latin America, such as the College of Mexico (1976), the Tamayo Museum (1981), and the National Auditorium (1990), all in the Federal District.

Héctor Fernández Elorza   Spain   “Our Lady of Communications”: that is how Leon Trotsky, when he visited the Spanish capital, christened with irony the monumental building erected by Antonio Palacios and Joaquín Otamendi in the year 1919, and which the people of Madrid have ever sin

The "Ruyi Bridge" in the Shenxianju Scenic Area in Eastern China's Taizhou city has recently become an internet hit. Spanning 100 meters across the Shenxianju valley, the bridge is more than 140 meters high and is shaped like a jade Ruyi, an ornament