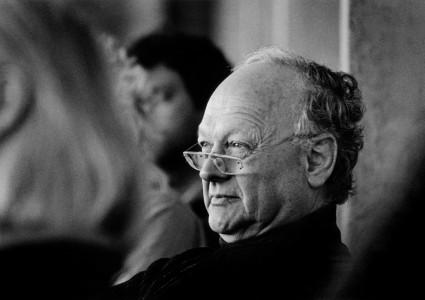 All the last Pritzker awardees were part of architecture’s star system until the Australian Glenn Murcutt came around, an unclassifiable figure foreign to the mediatic circles, that not only credits the award as much as his illustrious predecessors, but also adds an alternative tone that previous editions lacked. Born by chance in London in 1936, Murcutt was trained in the miesian rigor and was seduced by Jean Prouvé’s constructional precision and the experimental passion of the Eames, though what gives his oeuvre an exceptional character – and has earned him the label of ‘ecological functionalist’ – is the combination of these references with an in-depth knowledge of the landscapes and the vernacular traditions of his country. Giovanni Agnelli, J. Carter Brown, Ada Louise Huxtable, Carlos Jiménez, Lord Rothschild and Jorge Silvetti were part of the jury that selected Murcutt; the architect, who works alone and has built, almost exclusively, elementary houses of wood and sheet whose perfection lies in their formal and material economy, received this unexpected recognition in the Roman Campidoglio, on 29 May.

Toyo Ito It often happens that excelling disciples end up receiving the same prizes as their masters. This this was case of the Pritzkers of Souto de Moura and Siza for instance. It is uncommon though to see the masters pick up the award later than t