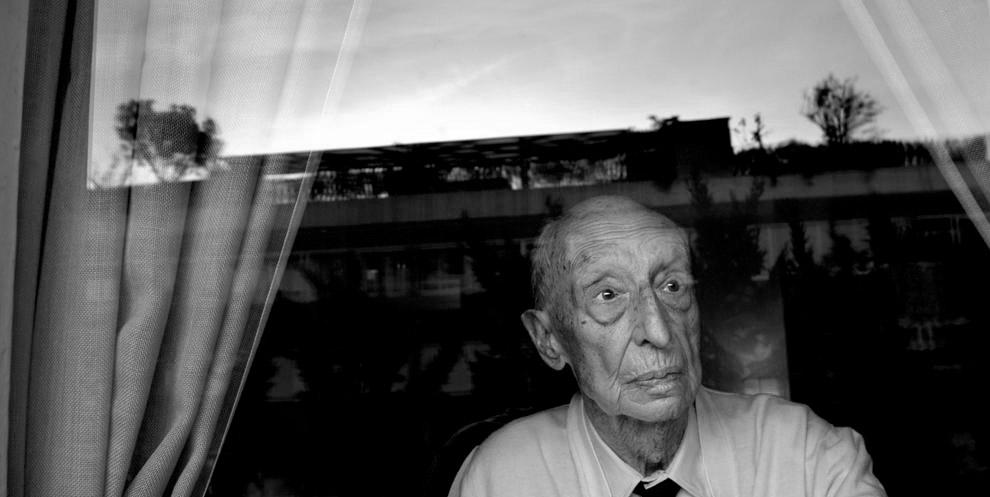 At the age of 96, just a few months before his death, the Catalan architect was given the XII Antonio Camuñas Award in one of his most representative buildings, the Royal Nautical Club (1958). Founded in 1985, this prize is awarded every two years to a Spanish architect whose career has been distinguished by the establishment of an innovative and singular voice. Past winners of this award include Francisco Javier Sáenz de Oiza, Alejandro de la Sota and Miguel Fisac. Although the Camp Nou, done in collaboration with Josep Maria Soteras, is perhaps his most well-known work, Mitjans best articulated his sober and elegant style – notably influenced by the Modern Movement – in the realm of domestic architecture, a style that, as explained in the jury’s ruling, rejected the spectacular and favored the “the search for real solutions to concrete problems”. The residential buildings designed for Barcelona’s bourgeoisie in the city’s well-to-do neighborhoods, such as the apartament complex Seida, the building on Amigó street with its unique running terrace, summarize the professional trajectory of a rationalist author.

José Antonio Corrales Forever linked to his inseparable partner Ramón Vázquez Molezún, who passed away in 1993, Corrales is, at the age of 83, a historical figure of Spanish architecture. Friend and collaborator of Alejandro de la Sota – with whom h

Javier Carvajal Ferrer The Camuñas Foundation established in 1985 the Antonio Camuñas Award that takes stock, every two years, of the career of a Spanish architect; and in 1990 it created the exhibition of Young Spanish Architects, to acknowledge a s

José Luis Picardo Alternating with prizes for specific works by young architects, every two years the Antonio Camuñas Foundation takes stock of the oeuvre of a consolidated professional. The honoree of this year’s ninth trophy was José Luis Picardo,

Sarquella + Torres Arquitectes   Thailand   The materials, technology, and available resources, along with the self-built architecture of the region determined the building methods used in this kindergarten, promoted by Chulalongkorn University in Bangkok and built by the local community...