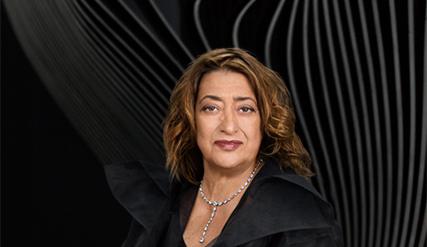 Just a few months after her death, Zaha Hadid was awarded the Gold Medal that the Royal Institute of British Architects confers annually on a professional whose work has had a significant influence on the advancement and dissemination of architecture. Jane Duncan, current RIBA president and chair of the selection committee for the award, described Hadid as “a formidable and globally influential force in architecture. Highly experimental, rigorous and exacting, her work – from buildings to furniture, footwear, and cars – is quite rightly revered and desired by brands and people all around the world.” The architect, who set up her London practice back in the year 1979, has received in the course of her career important awards like the Pritzker Prize in 2004 and the Praemium Imperiale in 2009. In 2011 she was named Dame Commander of the Order of the British Empire (DBE). As with the Pritzker, and despite the RIBA Gold Medal’s being around since 1848, Hadid is the first woman ever to win it solo. In accepting it she joins a hall of fame that includes the likes of Rafael Moneo, Álvaro Siza, or Peter Zumthor.

Herzog y de Meuron The architects Herzog & de Meuron have received from the Royal Institute of British Architects its most important distinction, thus joining the list of prestigious professionals – from Le Corbusier to Rem Koolhaas, and also Jean No

Ieoh Ming Pei The China-born North American architect Ieoh Ming Pei has received the 2010 RIBA Gold Medal. Born in Canton in 1917, at 18 he moved to the United States, where he studied architecture at the MIT and then joined Harvard’s GSD, shortly be

David Chipperfield The London architect David Chipperfield has received the RIBA Gold Medal 2011, thus obtaining the most important recognition for a British architect in his country. The RIBA (Royal Institute of British Architects) had previously di

Since he set up his studio in 2000, David Adjaye has produced works grounded on memory and social commitment, and though most of his projects of consequence – such as the Smithsonian National Museum of African American History and Culture in Washingt